There is no doubt that the nomination and election of Kamala Harris as Vice President Elect of the United States of America is of great importance and meaning to us as a people. Indeed, it was a hard-won victory, not only at the voting box, but over the numerous evil, oppressive and varied attempts to deny our vote and voice before and after the election. Like the election of President Baraka Obama, it is for Black people an historical achievement born of a constant and committed work and righteous and relentless struggle to expand the realm of freedom, justice, and equity in this country. As Vice President Elect Harris said, her being in this place “is a testament of the generations before me, women and men who believed so fiercely in the promise of equality, liberty and justice.” And Black people from the beginning, on and off the ship, have been consistently in the vanguard of this struggle.

Secondly, this is clearly of great meaning and value to Black women. For it is they who, rising in rightful recognition for the decades of work in building and sustaining the Democratic Party, were key to Black people’s saving and revitalizing Joe Biden’s campaign and to demanding a Black woman be chosen as the VP nominee. It is they who mobilized, organized, and voted in the largest numbers to make Vice President Elect Harris’ election possible. And it is they who embraced her in her nomination as a Black woman, worthy of representing our people, Black women, and the whole country, rightly dismissing and defeating any denials or questioning of her identity and rootedness in the Black community.

It is good that Vice President Elect Harris has acknowledged, not only the current women of the Democratic leadership and membership, but also women whose reach and relevance are beyond the confines of the Democratic Party. For it is they, as she said, on whose shoulders she stands and whose central interest was always their people in the context of the good of the country and the well-being of the world. “These women and the generations that followed worked to make democracy and opportunity real in the lives of all of us who followed,” she said.

And furthermore, she bore witness that “they organized, testified, rallied, marched and fought not just for the vote, but for a seat at the table,” at the table of power and enhanced possibility. These included “women like Mary Church Terrell, Mary McLeod Bethune, Fannie Lou Hamer, and Diane Nash, Constance Baker Motley and Shirley Chisolm.” And, of course, she paid rightful homage to her mother, Mrs. Shyamala Gopalan Harris, who grounded her in ethical values, political consciousness, and commitment to a vision of a just and good society and world. Likewise, she spoke of women in general who also helped open the way for her, phrasing it beautifully saying, “My mother raised me to see what could be, unburdened by what has been.”

Also, Vice President Elect Harris is important to us and Indians, Jamaicans, Asians, and women in general because of the unique qualifications and characteristics she brings. She has her own personal history of achievements and firsts, breaking racial and gender barriers to be the first female district attorney of San Francisco, first female attorney general of  California, first Afro-Indian in the U.S. Senate, and now the first Black and female vice president. It is expected and hoped for her to become the first Black female president as early as 2024, if Biden only serves one term. She brings with her constituencies from India and Jamaica and immigrants, rooted in her shared heritage from her mother and father. Thus, she has the potential to bridge communities and cultivate interracial solidarity and common ground of mutual benefit in building a good society.

She also honors Howard University and by extension speaks to the capacity and history of Historically Black Colleges and Universities in producing leaders and social servants of the people in varied professions and vocations. Howard, not only provided her with an excellent education, but also a sisterhood in Alpha Kappa Alpha Sorority, and cultural grounding, reaffirming her identity as a Black woman, and opening a good way for her to come into her own. Finally, Vice President Elect Kamala Harris’ significance lies also in her role as both representative and model of possibilities for Black people, Indians, Asians, women, and girls in general, mixed people and immigrants. But she can and must be challenged to be a representative of the best political practice possible, especially in times and conditions like these.

This challenge is especially meaningful, for her record is not clearly entirely progressive and certainly not radical, in spite of the lying, hyperbole and hype of the right. Her record as San Francisco district attorney recalls her tough-on-crime  policies negatively affecting Black men, and her tough-on-truancy policy and the jailing of parents. Also, as attorney general, her record recalls her refusing to embrace the community call to investigate police killings, although she has since spoken against police violence. Moreover, she has not been consistent in her opposition to the death penalty. However, she has been praised for being a champion of workers, stopping foreclosures and home loss, and supporting the Green New Deal. But again, she is in a place where she can strengthen her record and go beyond what even she originally thought was possible if we offer the right challenge.

As we go forth and continue our righteous and relentless struggle, it is important that we shelter no illusions about what VP Elect Kamala Harris. And if we are not to be disappointed by what she does as a member of the government rather than a Black woman, and as a centrist rather than a left progressive, then we must engage her with a caring heart and clear eyes, and reasoning reflective of the Kawaida call to both cherish and challenge those we love, appreciate and support.

This follows the insightful and imminently useful advice and observation of Ann Julia Cooper who lets us not confuse advancement of one or some with the collective advancement and elevation of the lives of our people. Indeed, she says, “We often mistake individual honor for race development” and “we often mistake foliage for fruit and overestimate or wrongly estimate brilliant results.” It is these fruits of freedom and justice for the people, not simply the laurel leaves for the rulers, celebrities, and other notables.

In this regard, we must learn to balance our cherishing with our challenge. As Nana Anna Julia Cooper said to men, “Nature meant the ideals and standards of the world should not be dwarfing and minimizing ones and men should thank us for requiring of them the richest fruit they can grow.” It is this “richest fruit” of freedom, justice, equity and other conditions and capacities for human good and the well-being of the world that we must require or our sister in family and struggle Vice President Elect Kamala Harris. And as Nana Anna taught, she must thank us for requesting and requiring the richest fruit she is capable and committed to growing.

And in the tradition of struggle of our people and in honor of her mother, Shyamala Gopalan Harris, and father, Donald Harris, and all the Black and other women she called by name, she must have a world-encompassing conception of her mission. She must pursue the rights and dignity of not only Americans, but also see our rights as the rights of humanity as a whole. And thus, due consideration must be given to the most vulnerable, oppressed, occupied and the suppressed and suffering whether in Africa, Asia, South America, the Islands of the Seas or Europe, and whether in Haiti, Congo, Ethiopia, Palestine, Yemen, Kurdistan, Dalits of India, Aborigines of Australia, the Uighurs in China or the Rohingya in Myanmar and all other similarly situated.

It is good to end with a concluding quote from Vice President Elect Kamala Harris’ acceptance speech: “Make no mistake, the road ahead will not be easy. We will stumble. We may fall short. But I pledge to you that we will act boldly and deal with our challenges honestly. We will speak truth. And we will act with the same faith in you that we ask you to place in us.” It’s all there, the modesty, not masking any difficulties, the commitment to speak truth, act boldly and deal honestly with the challenges which must include our holding her accountable. And especially, there is the commitment to have faith in the people and returning the faith they place in her. For as a shared heroine and honored leader for us both and all, Mary McLeod Bethune, said, “The measure of the progress of our race is in direct relation to the depth of faith in our people held by our leaders.” But again, we must cherish and challenge her, embrace her and hold her accountable, oppose her where she’s wrong and support her when and where she’s right. For as always, as we say in Kawaida, words are wonderful, but deeds are divine. For in the final analysis, practice proves and makes possible everything. 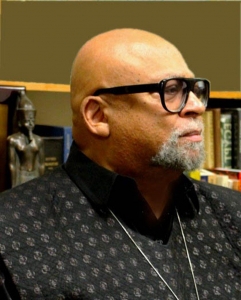 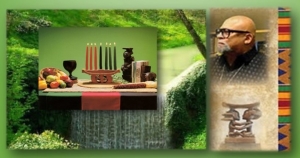 ‘Kwanzaa and the Well-Being of the World: Living and Uplifting the Se...