Growing up in Watts, Corbin learned to cook from his grandmother. He has always loved cooking but didn’t think about it as a career until four years ago. As a young adult, Corbin didn’t get the chance to build a career. His environment almost got the best of him and as a young adult he spent 10 years in prison.

“I grew up in the Jordan Downs Housing Projects in Watts, California, which is truly an impoverished and underserved community,” said Corbin, 37. “You can absolutely become brainwashed to believe that the circumstances that comes along with living in such environments are normal and a way of life, from the gang culture, violence, police brutality, drugs, and lack of opportunity and resources.” 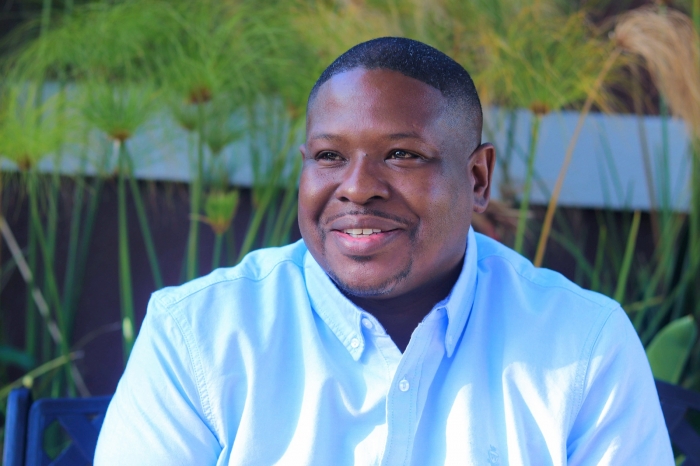 Being in prison, Corbin really began to think of his future. He reevaluated what was important to him and came home in 2014, ready for a fresh start. Corbin began working at an oil refinery and was soon promoted. With his new position, he had to be cleared to drive the company vehicles. This resulted in the company running a background check, which showed the Corbin had been to prison. The company let him go.

Often, there are setbacks for formerly incarcerated men and women when they are trying to find work. Because of this, many parolees go back to their old lifestyle and end up back in prison; it is a vicious cycle. Fortunately for Corbin, he was able to find another job doing what he loves, cooking. He was hired at Locol Watts, where he was again, soon promoted. Within six months, he was the research and development chef of the restaurant and the director of operations.

The owners of Locol, Daniel Patterson and Roy Choi, were very impressed with Corbin and gave him opportunities to work at their fine dining restaurants to get hands on experience on culinary development. This led to them partnering with Corbin to open Alta Adams, where Corbin is currently the executive chef. In the creation of Alta Adams, Corbin wanted to make sure to give people the same opportunities that he received. He gives professional jobs and opportunity for growth to formerly incarcerated men and women.

“At Alta we hire differently than the rest of the culinary industry. We provide opportunity for underserved communities and the people that come from these communities. I’ve been to prison, our CDC Chef has been to Federal prison and our General manager has been to prison,” said Corbin. “Alta is one of the hottest new restaurants in L.A. and is being run and operated by formally incarcerated inmates that have reformed. At any other restaurants, we probably wouldn’t have gotten a job any further than dishwasher. Our vibe at Alta is different.”

The vibe at Alta is doing something right as Corbin was offered a chance to open his own restaurant from two diners.

“Two gentlemen came into Alta for dinner, enjoyed the food, service and ambience so much that they asked to speak with the chef,” said Corbin. “When I came to their table, I was handed a business card and was asked to reach out to them, which I did. Sometime later, these two gentlemen gave me an offer that I couldn’t refuse. From there, Louella’s Cali Soul was born.”

Corbin named his restaurant after his grandmother Louella, his daughter Cali, and his favorite, food Soul. However, it is not the usual take on soul food. The menu will feature grain bowls, with soulfully cooked vegetables and meat. Corbin will bring in some aspects of African cuisine, as well and work with local farmers.