Three black women are suing the Cheesecake Factory, alleging they were discriminated against during a 2017 visit to the Redondo Beach restaurant by a male white server who used the term “you people” and by a manager who told them, “you are nobody.”

Latonia Whyte, Kimberly Jones and Lucy Ngaujah also allege in their Los Angeles Superior Court lawsuit that a female white manager threatened to sue them for taking cellphone footage of non-black customers being served after the plaintiffs were allegedly denied service.

Sidney Greathouse, vice president of legal services for the Cheesecake Factory, issued a statement Monday regarding the lawsuit.

“We do not tolerate discrimination in any of our business practices,” the statement read. “While we will not comment on the facts of
the case, we deny the allegations in the complaint and look forward to this matter being resolved in the appropriate forum.”

The trio went to the Cheesecake Factory on Harbor Drive on July 1, 2017 , to belatedly celebrate Jones’ birthday, their suit states.

About 20 minutes after Whyte and Ngaujah were seated, a white server told them, “I’m closing you both out and you people should leave,” the complaint alleges.

The two women looked at each other in surprise as the server then said, “Our computers are down and I’m not serving you people,” according to the lawsuit, which says the server then told them the computers would not be working for another 17 to 20 hours.

The two accepted the server’s offer to bring them soup, but it was served cold, the complaint states.

Jones arrived later and the three plaintiffs saw non-black customers being served food, including white guests adjacent to their table, but the server refused to tend to the plaintiffs, telling them, “I gave you soup. You can pay for your drinks and leave. If you want to order food, go to the bar,” the suit alleges.

After Whtye asked if they were being treated different because there are black, the server replied, “Yeah, that too,” according to the lawsuit.

Two managers were working that night, including a white female who was dismissive of the plaintiffs after Ngaujah complained and a male who said he would serve them instead, the suit states. The plaintiffs “finally gave their food order two hours late,” according to their complaint.

The female manager came to the trio’s table and demanded that Whyte turn over her cellphone for recording images of non-black guests being served, according to the suit, which alleges she threatened to sue the plaintiffs and told them, “You all think you’re celebrities. Everybody wants to sue and you are nobody.”

Eventually, a black server came to the plaintiffs’ table and served them the rest of the night and they paid their bill of just under $95 before leaving, the suit says.

Several days later, Whyte says she spoke to a guest relations expert about the alleged discrimination. In response, she received by email a $25 Cheesecake Factory gift certificate accompanied by a message that stated,

“Very sorry to learn this visit was so disappointing,” the suit states. 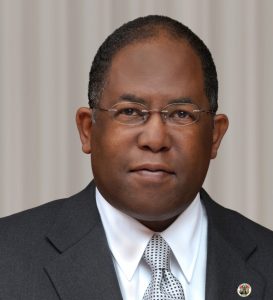 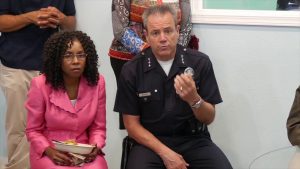