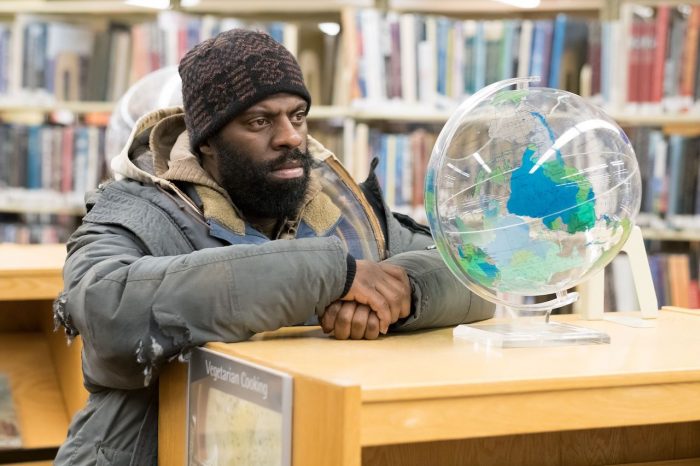 In 2015, I interviewed Grammy and Oscar-winning artist Che “Rhymefest” Smith about “In My Father’s House”—a heart -wrenching documentary about his search to find his estranged father.  What he uncovered shocked him to his core. His father had been living on the streets and in and out of homeless shelters for years,  fighting alcoholism, just miles away from him the entire time.

The experience was sobering but in retrospect, it started Rhymefest on a path of self-discovery and a feeling of peace he would have never imagined.

Fast forward to 2019 and it was that very same documentary (“In My Father’s House”) that lead Emilio Estevez’s mother to pester her son to hire Rhymefest for his new film “The Public” which opened last week.

“The Public” is a drama starring, written and directed by Emilio Estevez.  It’s about a group of homeless people who refuse to leave a Cincinnati public library during a brutal winter night.  Estevez plays Stuart Goodson, a librarian who morphs into a social worker who tries to help the homeless find shelter. During a lethal polar vortex, the homeless people finally rebel en masse and refuse to leave that night, causing a standoff with police.

Stepping into the world of acting was not on Rhymefest’s vision board, per se but the opportunity presented itself in an organic way.

“Emilio Estevez’s mom saw my documentary about my father and  (said) … ‘This young guy from Chicago has to be in your movie.’ …And (Emilio) Facebook’d me and said, ‘Would you like a role in a movie? So I said yes. In a way, my father keeps bringing me such great and unexpected gifts.’” Rhymefest shared.

Inspired by his motto, “true power is the power to empower others,” Che “Rhymefest” Smith the writer, artist, political organizer, and teacher won a Grammy for co-writing “Jesus Walks” with his childhood friend, Kanye West.  In 2006, he released the “Blue Collar” album and shortly after that, became the first rapper to meet in the British House of Commons when David Cameron invited him to discuss hip-hop and policy.

A man of action, Rhymefest puts his words in action every single day, a dedicated community leader, social and political organizer, he ran for Chicago’s City Council in one of Chicago’s most violent neighborhoods in 2011. After pushing the incumbent into a run-off and defeating four candidates, he lost by a narrow margin. In 2013, Rhymefest, together with his wife, Donnie Smith, founded Donda’s House, a non-profit organization that puts art and opportunities directly into the community where people can get it. To that end, Donda’s House has served over 300 youth with free instruction and continues to be a force for creative change in Chicago.

In 2015, along with a Grammy, he won a Critics Choice award, Golden Globe and an Academy Award for “Glory,” a collaboration with John Legend and Common for the film, “Selma.”

Rhymefest was selected by Kenneth Cole to be featured in his “Courageous Class” campaign that showcases individuals dedicated to making positive change. 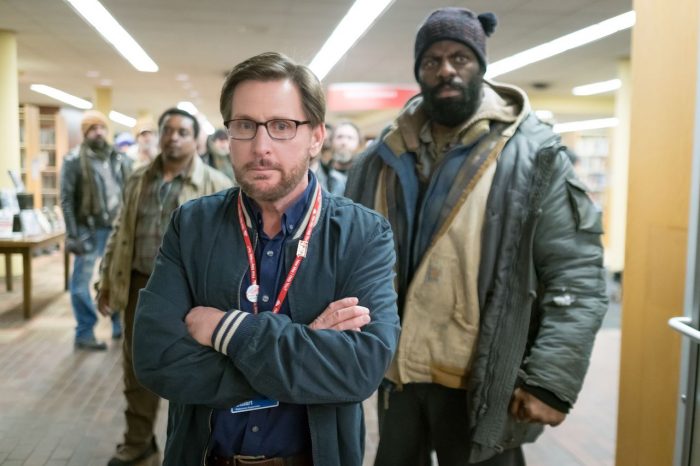 Rhymefest still lives in the South Side of Chicago a daily witness to violence, systemic barriers, and apathy, all with a plan to help change the negatives and to continue investing in the community. Despite the call of Hollywood, Rhymefest has made it clear that he’s committed to using his success to further humanitarian efforts.

Below is an edited excerpt from a phone conversation with the award-winning musical artist, community organizer, and now actor— Che “Rhymefest” Smith.

LOS ANGELES SENTINEL:  Hello Rhymefest,  you may not remember me but I interviewed you for essence.com*, in 2015, about your documentary “In My Father’s House.”

CHE “RHYMEFEST” SMITH:  I remember, of course, I do.  How are you doing?

LAS: Excellent. I can’t believe that you are playing a homeless man in “The Public” given the nature of your documentary and how you found your father.

CRS: Right.  When Emilio called and said, “Man, I got this part, Big George.” No.1, my grandfather was named George. No.2, my father was homeless. It was like the closing of a circle for me.

LAS:  You are a Grammy award-winning artist for songwriting, did you contribute to the soundtrack for “The Public?”

CRS: Yes. Emilio and I became close. I have three songs on the soundtrack.  Thesong are ‘Weaponize,’ ‘Make Some Noise’ and ‘See Clear.’ It was one of the agreements that Emilio and I had about me accepting the role.  He’s really a good man. A very good man.

LAS:  Did Emilio get it right?

CRS: I think so, yes.  “The Public” is based on a true story. Emilio read an article about a group occupying the library. He’s actually been writing the script for twelve years.

CRS: Yes, and I’m glad that he waited because now I’m in it. This is my first role and I was lucky to have Emilio directing it.  I play the character, Big George. He’s the type of dude, well, you don’t want him to look at you wrong.

LAS:  So, as the director and screenwriter, Emilio got it right?

LAS: A lot of great things have happened since you re-connected with your father, would you agree?

CRS:  I would agree. Everything started with forgiveness. It’s more than just the documentary, it was mending my relationship with my father, that has done more for me than the record label has ever done, or a record deal.  It’s so interesting — we leave our villages and we leave our tribes to find success outside of our family only to come home.

LAS:  I recall you speaking with me about embracing the lessons that “life” give us.  What lesson (if any) did appearing as Big George in “The Public” teach you?

“The Public” is now playing at select theaters. 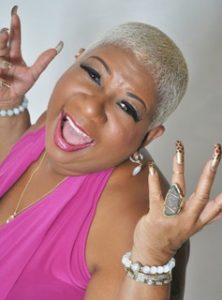