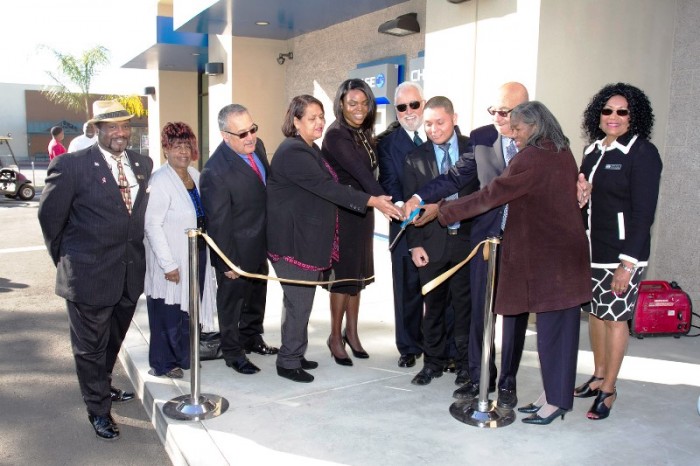 “The opening of Chase in Compton is part of a broader vision for Compton residents,” explained Mayor Brown. “We want to see our residents not only have access to banking where they live but to build a stronger financial foundation as a catalyst for transforming Compton. We’re continuing to make sure that Compton residents have access to more than just predatory check cashing institutions when it comes to their financial needs.” 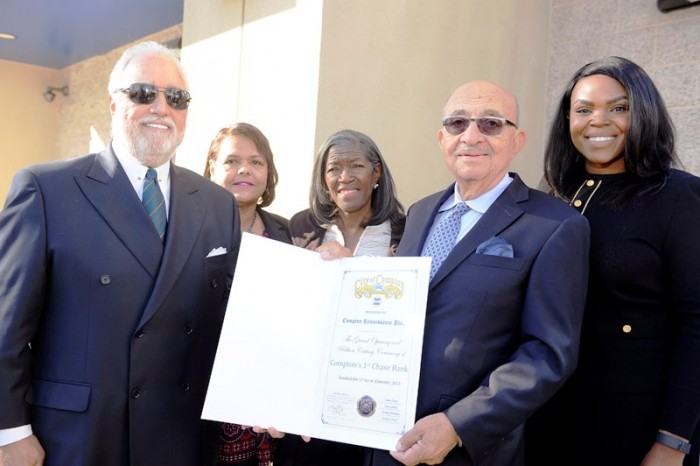 Open since Nov. 3, during the bank’s construction phase, six local construction workers were hired. Chase has committed to making sure that 30 percent of its hires for this new branch are Compton residents. Currently there are 18 graduates of Chase’s bank training program employed by Chase, with half of them being Compton residents.

Compton Renaissance Plaza Developers Danny Bakewell, Sr. and Lonnie Bunkley said that “this was a tremendous day for the city of Compton. Not only do we welcome Chase Bank to our center and to the city of Compton, but we also celebrate the fact that this building was designed by Winston Roberts a local African American Architect and was built by La Chappelle Construction an African American Construction Company. In all our development we pride ourselves in creating opportunities for Black Businesses to work on projects such as ours and for Chase Bank. Creating opportunities like this is the foundation by which our company was built upon over 30 years ago”.