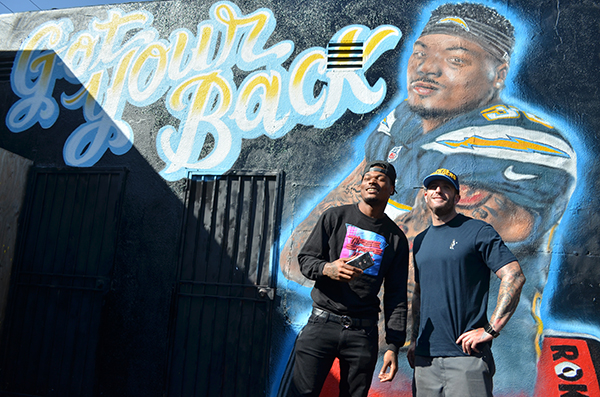 Los Angeles Chargers rookie safety Derwin James has partnered up with phone company ROKiT to be their official ambassador. To commemorate the partnership, renowned L.A. based artist Jonas Never painted a mural of James at Baby Blues BBQ in Venice, CA.

“It was a great partnership. I just like what they were doing, they’re thinking about the small people and just trying to help the people along the way,” James said. “I just felt like if I wanted to start off something with my career, that would e a great team to partner with.”

The mural consists of an image of James in his Bolts uniform hovering over a ROKiT phone, alluding to the ROKiT naked-eye 3D cell phones that will be released. The wall of the mural was nicknamed ‘The James Wall,’ Never had painted a mural of LeBron James on the same wall. Derwin noted how the mural was a highlight of his rookie season and was impressed with the details put into the mural.

“This tops everything right now,” Derwin said. “The last person on this wall was LeBron James. I’m honored to be able to work with ROKiT.” 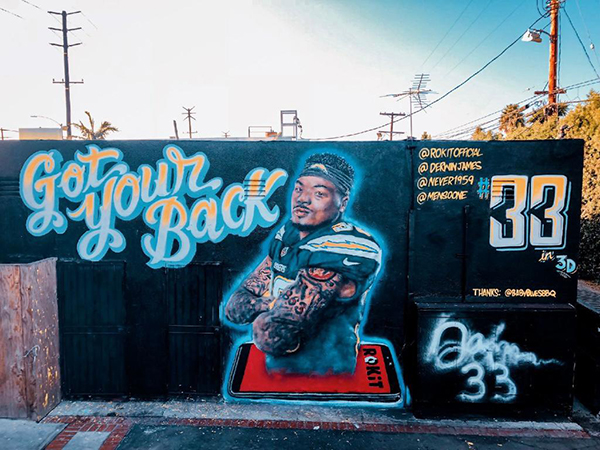 “When the opportunity with Derwin came up, it got even more exciting because [he is] somebody that is really at the beginning of their career, it falls in line with exactly where we’re at,” said Clinton Ehrlich, the Chief Marketing Officer of ROKiT. “Watching him grow and kinda the things he’s done in his community is exactly what we’re trying to do.”

James has made a positive impact for the Los Angeles Chargers in his inaugural season. He made a season high of 11 combined tackles in the Chargers’ 25-17 victory over the Seattle Seahawks. In their game against the L.A. Rams, he made his first career interception. Currently, James has 78 combined hits, 3.5 sacks and nine pass deflections this season. 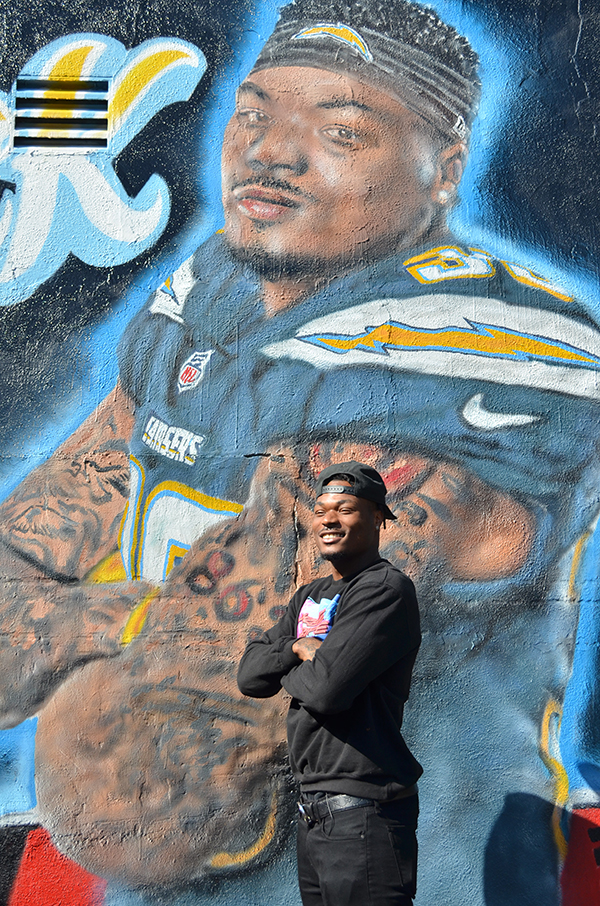 Derwin James has made 3.5 sacks and two interceptions after playing in 11 games (Amanda Scurlock/L.A. Sentinel)

Never has painted many prominent athletes including Lakers player Brandon Ingram, Dodgers star Justin Turner, and NBA icon Kobe Bryant. Derwin was impressed with the details of the mural, Never noted how painting his tattoos was the most challenging part.

“I looked through a bunch of photos of him and I wanted to make sure there weren’t any new ones that popped up,” Never said. “Derwin’s pretty much the new face of the Chargers’ defense at least, it’s nice to give him a wall and honor him.” 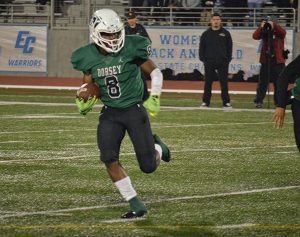