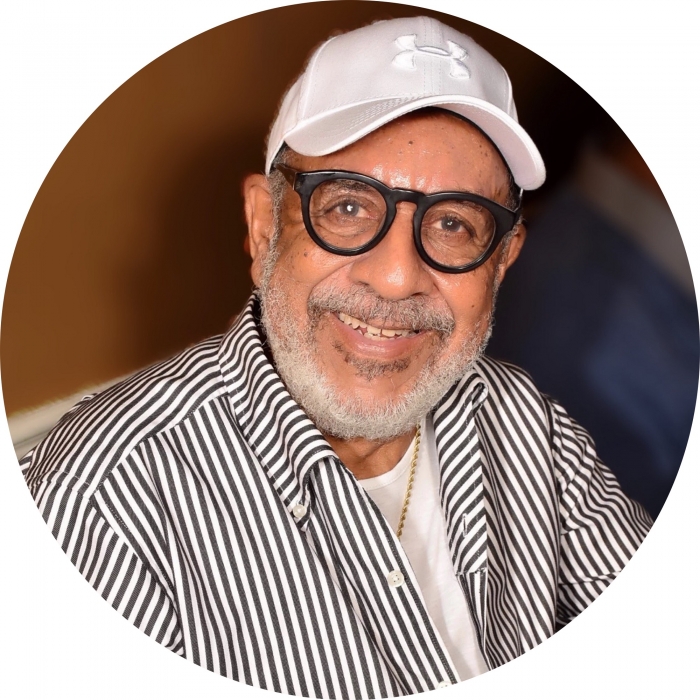 Fred Anthony Calloway, born June 10, 1937 in New Orleans, Louisiana, was an only child of the late Bernadine DeLille and Freddie Calloway. His early years were spent with his mother and stepfather, George Falley. He was the eldest of five siblings.

During his summer vacation in August 1957, he came to Los Angeles to join his grandmother for a brief visit with their family and decided this is the place he would call “home.” When he returned to New Orleans, twelve years later, he was visiting with his wife and seven-year-old son.

Employment immediately came when Fred was hired as an inventory clerk at Barker Brothers, an upscale furniture and accessories store. He worked in the storeroom and when his department manager had him display merchandise, his artistic creative ability was recognized and greatly admired. He came to the attention of Department managers from Bullocks, Robinson and other upscale businesses who sought his services in making window and store displays.

Fred met Eugenia Johnson (Jeanie) when she joined his family whom she knew in New Orleans to greet him when he arrived in Los Angeles. On that day, they became acquainted at the family’s welcome party and their friendship grew. Their relationship was warm and lasting with Jeanie leaving California for one year to complete her second year of graduate studies and returning in June, 1959. Three months later, Fred married his best friend and love of his life. Through their union, they became the proud, happy, and devoted parents of an only child, Anthony Michael Calloway, M.D. As a couple, Fred and Jeanie were lovingly compatible, supportive, devoted and fully committed to each other. He could never do enough in expressing his love and the joy he felt for his precious family whom he held in high esteem.

While employed, Fred continued his college education and earned his Bachelor of Arts Degree at California State University, Los Angeles, however his exemplary fatherhood was always heralded by his wife. He and Jeanie engaged in all aspects of their son’s life. She described his relationship as a bond he held immediately upon learning of being an expectant father. Their unborn child was always referred to as “Tony, Toni” without concern for the unknown gender. He referred to his son’s birth as the most precious gift he could receive and was always totally involved in helping to care for him. He was a loving, caring, and nurturing father with that unique unending bond of having his son as his priority. A great family man, he was engaged in all phases of his life and best man in his wedding. His active, caring, responsive, and supportive role was extended to his son’s family, friends, and acquaintances. He was a consummate “giver: and touched many lives with reaching out to others through his generosity and wisdom.

Fred was born into the Catholic faith and held a strong bond to the Christian beliefs by which he lived. He was an regular attending member of St. Bernadette Church with an active participating role in supporting member of building upkeep, fundraising and events in meeting the needs of the community.

He felt that his life had truly been fulfilled when their son married Vanessa Bell and from their union produced two granddaughters, Ashley and Alexandra, whom he and Jeanie dearly loved. He was a doting grandfather and with his wife, took great pride in engaging in their growing up experiences. Fred and Jeanie genuinely enjoyed being together, sharing their social and professional interests and love for frequent and extensive vacations in traveling to all parts of the world, covering every continent

As he prepared to continue his professional education and change careers, his job at Barker Bros moved to a different level. He realized his potentials for the area of services Barker Bros Home Furnishings provided and offered and became their first African American to serve as a buyer. His department was in Lamps, Mirrors, Accessories and Art and later to the supervision of all of these Departments in nineteen stores that Barker Bros had at the time. He later successfully began a role of Manufacturers’ Representative and represented, employed, trained, and shared his expertise with others to increase sales of several accessories ’manufacturers on the east and west coasts.

Fred was known for his business acumen accomplishments in successful business experiences. He had an active mind, always probing and getting a job done. His philosophy was “You must be creative and strive for change by constantly upgrading your thinking because if you only keep up with trends to generate something anew, then your work is going to be very dull.” 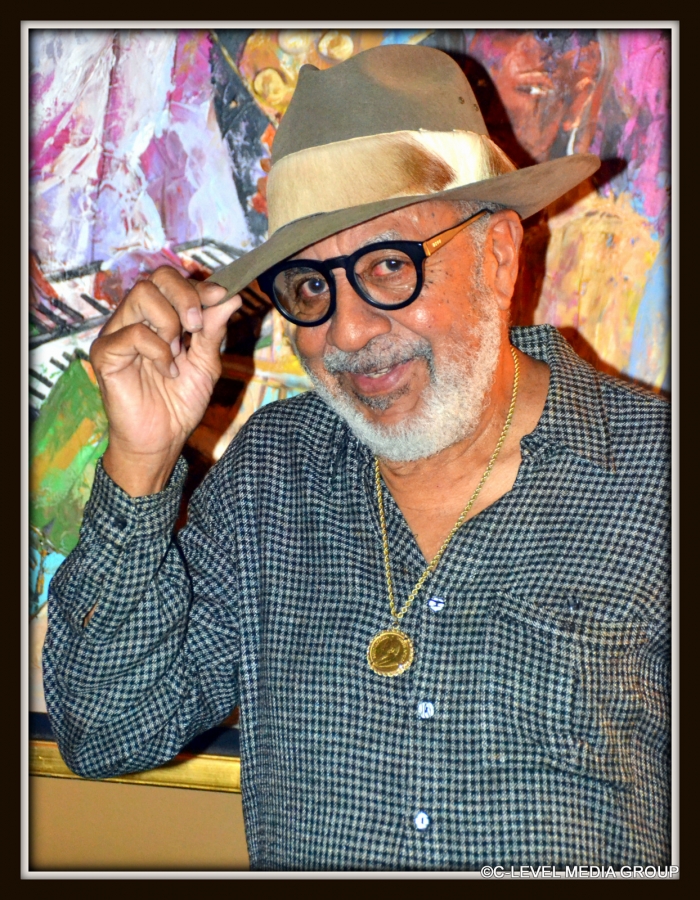 Fred was a businessman and entrepreneur in real estate and other ventures in Southern California, Georgia, and Arizona areas. He founded BC2 Environmental Corporation with his son, Dr. Anthony M. Calloway and David Belasco, Esquire. The corporation was established in 1993 and specialized in environmental and geological drilling with commitments to providing unparalleled client service while operating with standards of integrity, professionalism and safety. He served as president and CEO with responsibility for the overall management and operation of the company, with particular emphasis on marketing, business development, personnel, and financial matters. He was also founding president and board member of The Southern California Drillers Association.

While developing BC2 Environmental Corporation, Regency West, and Calloway/Coleman Ltd., Fred owned and operated several manufacturing and sales companies. Beginning in 1976, he co-owned and operated the Regency West and the Calloway/ Coleman Complex in Leimert Park and purchased full ownership in 2007. The Regency West has served as a staple in the Black community since the mid 70s. Fred initially purchased the venue to host prominent Black social organizations in Los Angeles that were often turned away from White establishments. Through this success, Fred was approached by Michael Williams, founder of the Comedy Act Theater, to create a space for young Black comedians to perform. With Robin Harris as the host, the Regency West then became a launching pad for many comedians such as Joe Tory, Guy Tory, Buddy Lewis, Lewis Dix, Kym Whitley and many more. Now in the present, the Regency West still serves as a historical landmark in Leimert Park, hosting many events, and is ran by his son, Tony Calloway and granddaughters, Ashley and Ally Calloway.

He has received many appreciation and recognition awards for his leadership, talents, and resources which he used to help organize the Black Community around a strong cultural and productive base to facilitate growth and development of individuals in utilizing available opportunities. He has held audience with leaders at national, state, and local levels of government to discuss strategies for developing resources in the Black community. Fred has been recognized by city officials, civic and social organization for his contributions of service and support. He was charter and life member, past president of the 100 Black Men of Los Angeles, Incorporated and an active member on the Board of Directors; board member of TEAM HEAL FOUNDATION; chair of Greater Leimert Park Village, Incorporated, life member of Kappa Alpha Psi fraternity, member of the Urban League, NAACP, Afro-American Art Museum, and Contemporary Gents.

He was a husband, father, grandfather, father in-law, brother, uncle, benefactor, philanthropist, entrepreneur, and a friend to many.

He will always be remembered as loving, kind, charismatic, generous, fun, compassionate, loyal, and valiant.

Fred wrote that following his demise, he wanted friends and family to know he had a blessed and marvelously happy life and wish to be remembered with joy and happiness. At his request, a party would take place at the Regency West for all to count their blessings, give the glory to God and eat, drink, dance, and have a good time.

Due to the Pandemic during his untimely death, there will not be an in-person celebration. A Mass of the Resurrection will be live streamed and remains entombed in Holy Cross mausoleum. 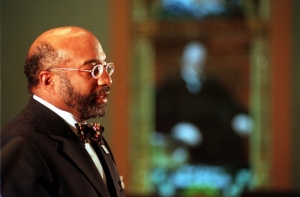 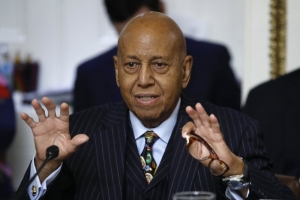 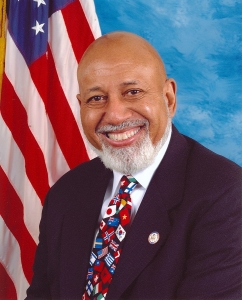 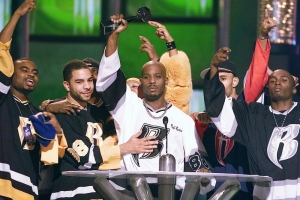 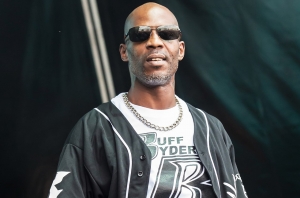