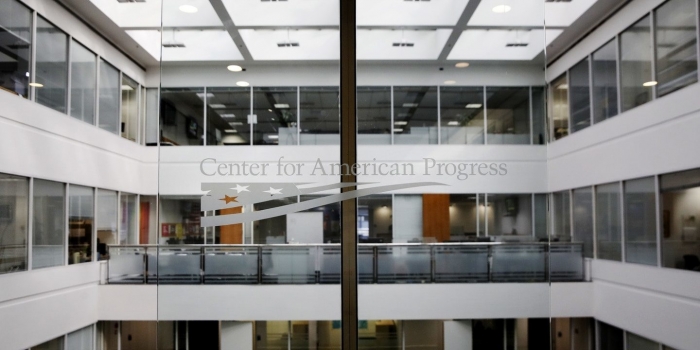 A new report from the Center for American Progress has found that there is a disparity regarding diversity in the federal judiciary.

According to the report released Thursday, Oct. 3 “CAP found that 80 percent of all sitting federal judges in the nation are white and 73 percent are male.”

Associate Director of Voting Rights and Access to Justice at CAP, Danielle Root said in a press release that this lack of diversity hinders how federal courts are viewed.

“Members of the public increasingly perceive federal courts as unfair, particularly to underrepresented groups,” Root said. “The inclusion of judges from different backgrounds and walks of life results in more thoughtful and balanced decisions and can help restore legitimacy to the courts.”

Data from the report also revealed that of the sitting judges, around 9.9 percent are African American, about 7 percent are Hispanic and only two Native American judges are on federal courts.

There is not only a lack of racial diversity but also sexual orientations as less than 1 percent of sitting judges identify as a part of the LGBTQ community.

On Thursday, Oct. 3 the Center for American Progress hosted a discussion regarding diversity of federal judges and how it can shape legal judgement.

Chief Strategy Officer and Legal Director of Lambda Legal Sharon McGowan mentioned the three cases regarding Title 7 which were brought to the Supreme Court Tuesday, Oct. 8.

Title 7 of the Civil Rights Act forbids discrimination because of “sex” but does not specify if sexual orientation or gender identity is included in that definition.

“We have individuals who are not even willing to commit that they will refer to litigants in their courtroom by their appropriate gender pronouns,” McGowan said.

In his almost three years of presidency, President Trump has had 152 individuals confirmed for judicial appointments, 70 percent being white men. Trump nominated two Supreme Court judges, Neil Gorsuch and Brett Kavanaugh who were both confirmed.

Professor of Law and Dean of Howard University School of Law and panelist Danielle Holley-Walker said that while the judiciary needed improvement, discussions should also be focused on the profession in general.

“If you look at where we are now only about 14.5 percent of all lawyers are nonwhite so that means our judiciary is unlikely to do better than that if we have a profession that still does not reflect the diversity of the United States,” Holley-Walker said.

Similarly, Andrea Senteno of the Mexican American Legal Defense and Educational Fund, echoed Holley-Walker’s statement by saying that effective change starts by transforming the stereotypical image of someone who works in the legal field.