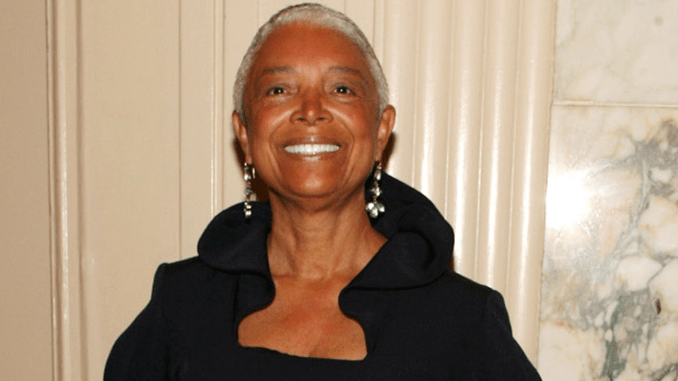 “…During the 2015 election for District Attorney, Steele campaigned on a promise to prosecute Bill Cosby. That promise purposely converted Bill’s case into a political issue for Steele’s own gain.”

Camille O. Cosby is the eldest offspring of Guy and Catherine Hanks’s four children, according to her biography at IMDB.com.

Imbued with an immense intellect and sense of social responsibility, she has long been an advocate for education and for the continued financial support of the United States’ historically African-American colleges and universities (HBCUs).

Along with her husband Bill Cosby, she donated $20 million in 1988 to Spelman College, the prestigious and historically African-American women’s college located in Atlanta, Ga.

Together, Camille and Bill have donated more than $200 million to schools and universities and they’ve also contributed countless pieces of historic artwork to the Smithsonian museums.

My husband, Bill Cosby, was recently victimized by a malicious District Attorney and an equally vicious judge. This is not the first time that my husband has been persecuted by corrupt and self-serving politicians. In the late 1960’s and early 1970’s, Bill Cosby, along with hundreds of other people, was secretly and illegally harassed by a President of the United States.

It was 1973, during the Watergate hearings, when the Enemies List of President Richard M. Nixon was disclosed by Mr. Nixon’s White House Counsel, John Dean. Bill and I were stunned that such a list existed and that Bill’s name was on that list. Soon, the answers to questions about Bill kicked in: that’s why those Federal agents would appear, unannounced, at our home and his workplaces; that’s why there have been multiple tax audits within one year; that’s why hateful propaganda about Bill was disseminated by media…with an extensive goal of ending his believability and livelihood; and numerous other “that’s why” enlightenments.

There was another explosive document that was submitted during the hearings…one that deeply resonates with me, even today. It was a memorandum from Mr. Dean on how to effectively weaken Mr. Nixon’s enemies…“how we can best screw them (e.g.: litigation, prosecution, etc.).”

Now, I am going to fast-forward to two current, collaborative, corrupt politicians. Both exist in the Montgomery County Courthouse in Montgomery County, Pennsylvania and both, like Mr. Nixon, are intent on destroying Bill Cosby…whether for their toxic ambitions or simply in furtherance of racial hatred. One of those men never presented credible, admissible evidence of his charges, and the other has not allowed the truth of Bill’s innocence to be put forward.

The following are specific examples that illustrate their true agenda:

On the eve of this very important election day, these examples remind me of the dangers we faced during Mr. Nixon’s presidency. Both then and now, the American people have been dangerously close to being governed by a dictatorship…a dictatorship intent on serving its own greedy interests even when it results in eradicating the laws that protect humanity. Many of today’s politicians…especially those who are heavily financed by particular corporate entities…are becoming increasingly dangerous enemies of our human rights. However, history teaches us that we, the People of the United States, can purge this danger from our nation’s political offices. Indeed, Mr. Nixon’s corrupt presidency was finally brought to an end when the people rose up and demanded that their representatives be held accountable. We must do the same today.

America defines itself as a democracy; unequivocally, America has not accomplished that definition yet…but, we, the People, can help it do so. Tomorrow, voters have the opportunity to choose who will represent them…not just in Congress, but in thousands of state, county, and city positions across the country, like district attorney or trial judge. Our ancestors fought for the right to make these choices. They were jailed, were beaten, were killed for fighting for our right to vote. Yet, too often, we do not exercise that most important right. We overlook the mid-term elections because we forget how greatly they can impact our lives. But, as I learned from Steele’s election in 2015, a corrupt politician at any level is a danger to the American people, and even more so when that politician has promised to act in service of his own toxic ambitions and racial hatred. In tomorrow’s mid-term elections, the People of the United States must vote as though their lives depend on it because their lives…and their freedom…very well might.

I encourage everyone to vote tomorrow. 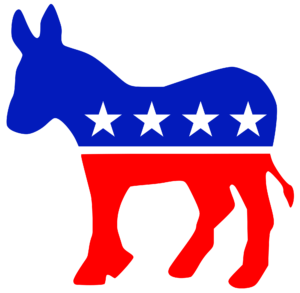 Dems Dominate The U.S. House of Representatives With A ‘Blue Wave,’ But...