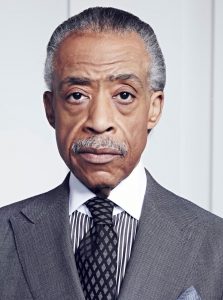 Special counsels have gotten a lot of air time in the past weeks. Many of us sighed with relief upon the appointment of Robert Mueller as special counsel–a breath of fresh, unbiased air in our nation’s capital. However, some have argued that special counsels and investigations have unduly been raised to a superhero status in our hyper-partisan political landscapes. As Beverly Gage argues in her New York Times Magazine article, “swooping into Washington and setting things right.” And although it is a fair critique in a time where even facts have become politicized, there are some instances where special prosecutors are a grave necessity in upholding our civil rights.

Our justice system was intended to be the one nonpolitical check on our two politicized branches of government. Yet too many times in my near 50-year career am I left holding my head in my hands as I watch our justice system fail us. Time and time again in cases of police misconduct, a police officer has been acquitted of murder, despite the existence of extremely compelling evidence for their conviction as in the recent cases of Philando Castile and Terence Crutcher. The district attorneys usually acting as the prosecutors in these trials are often very closely affiliated with their local police departments. Alternatively, special prosecutors’ independence is both effective and necessary to ensuring that there is a fair representation of the facts of the case to the jury.

In a small step towards justice in the state with the nation’s highest rate of police shootings, in May we witnessed the narrow passage of CA Bill AB284 through the California State Assembly. This bill would require the Department of Justice to create an independent review unit, to be known as the Statewide Officer-Involved Shooting Investigation Team, within the office to investigate officer-involved shootings, but only to the extent that the Legislature appropriates funding for that purpose. The bill would require the unit to investigate and gather facts in incidents involving officer-involved shootings and to prepare and submit a written report.

Not only is California the leading state in overall police shootings in the United States, with ten cities in the top fifty leading cities for overall killings–Los Angeles ranked at number one, but also two different counties, namely Los Angeles and Orange counties, have been the targets of the Obama administration’s consent decrees and investigations into police reform policies; consent decrees which our current Justice Department has claimed are bad for police “morale,” refusing to work with those departments to reverse these deadly trends. California also leads the nation with the leading number of police departments under review. And yes California is a big state, but it has also made the leaderboard for highest killings in terms of percent of the population in places like Bakersfield and Stockton.

Thus the state is ripe for reform. That is why we have launched our national Ida B. Wells Campaign, a campaign demanding special prosecutors in every instance where an unarmed person is killed by a police officer, in a place that is progressive in its legislature and executive branch, but still rife with issues of police brutality.

Ida B. Wells’ crusade was a fight against lynchings and the mob violence experienced by African-Americans during the late 19th and early 20th centuries. Black people in the United States are still the victims of extrajudicial killings which are justified and perpetuated by state and county courts across the country. The deaths of Black people are still public spectacles. We must be able to trust the justice system to overcome this violent hatred that is so deeply rooted in our American history. As Ida B. Wells fought with the spirit of nonviolent protest through public awareness and unity, I will continue to fight against these individual unjust murders of innocent people. Nowhere is Ida’s allusion more poignant than in the Justice Department.

California bill AB284 is our first major initiative in our national campaign. This bill would increase public trust in officer-involved shooting investigations by creating an independent review unit, and is a powerful first step in our process of healing the schism between police and civilians and addressing the injustices of police brutality head on. However, this is by no means an anti-police bill, but rather establishes fair trials for both the prosecution and the defense in these cases. We can march and cry out for black lives, but we also must advocate and negotiate with those in power. Get involved in state politics and demand your representatives’ support. 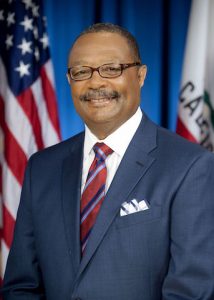 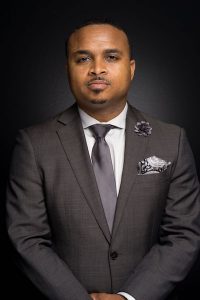