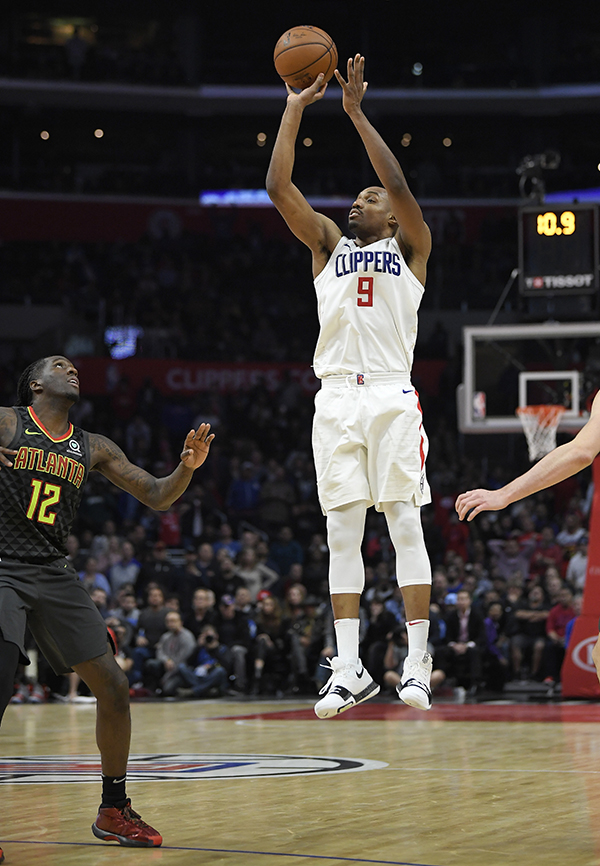 In the final seconds of a back and forth game Monday night at Staples Center, Clippers coach Doc Rivers yelled from the sidelines to his team that they don’t need a three, down only two-points, but that didn’t stop C.J. Williams from taking and making it with nine seconds left, giving Los Angeles a 108-107 victory over the gritty-performing Atlanta Hawks.

“I’ve made that shot before. It was just a rhythm dribble to my left,” Williams said. “Once we got the offensive rebound, I felt the momentum and I felt the excitement of the moment, so I wanted to take the three. I took that dribble and I shot it with confidence. As soon as I let it go I knew it was in.”

Williams picked no better time to convert his first game-winner of his NBA career, as the 27-year-old rookie, played on the 40th day of his 45-day two-way contract, giving the Clippers a lot to think about in the upcoming week, in regards to guaranteeing his contract or simply losing him.

Los Angeles also has the option to sign him to a 10-day contract to extend his time with the team, which seems likely to happen at the moment.

“We’re going to start a ‘GoFundMe Fund’ for C.J.,” Clippers coach Doc Rivers said, laughing before he opened up for questions. “We need some donations.”

Williams finished with 15 points, 3 rebounds, 4 steals, on an efficient 5 for 7 shots, going 3 for 4 on three-pointers.

“C.J. took that shot with confidence. I was actually yelling, ‘We don’t need the three.’ But you could just see he was comfortable and he wanted it.”

The Clippers seemed to be clicking on all cylinders in the first half, leading 58-47, where in large part was thanks to Lou Williams who finished with a game-high 34 points.

With not much help from LA’s second unit, Williams was forced to play heavy minutes, reaching forty-one total minutes over the game.

“This was definitely the definition of a team win and it was a good one for us,” added Williams after the Clippers had five players finish in double-digits.

Clippers rookie point guard Juwan Evans came up big when they needed him, scoring 13 points, as well as grabbing eight rebounds, along with four steals.

“We’ve really just been stressing, just on the defensive end getting steals, getting stops and getting out and running, so it was a big thing for us for sure.”

L.A. converted on 27 points off turnovers, compared to Atlanta who only had 10, as the Clippers took advantage of running the lanes.

The Hawks did get back into the game in the third quarter, outscoring L.A. 30-22, which made it 80-77, while Atlanta found themselves down only three to start the fourth quarter.

Hawks forward Taurean Prince finished the game with a career-high 20 points, as he gave Atlanta a 6-point lead with seven minutes to play. 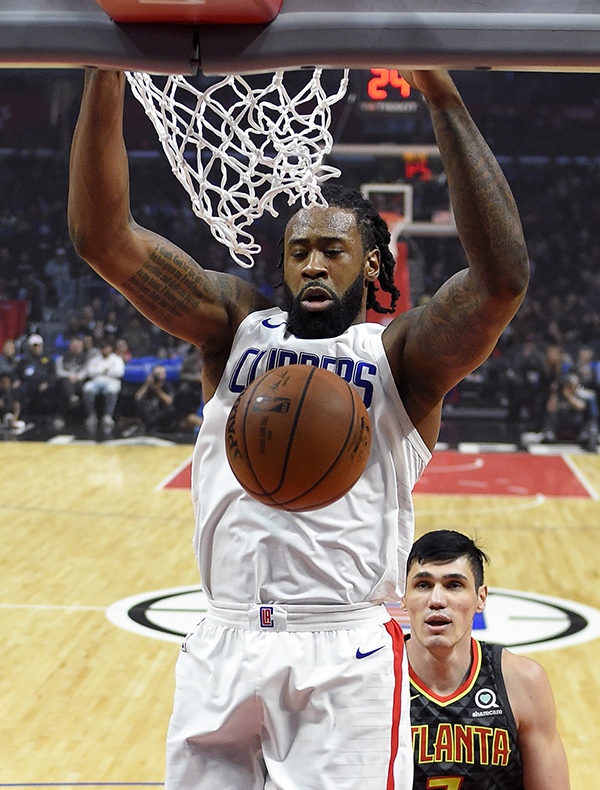 Atlanta tried to get an edge by intentionally fouling DeAndre Jordan late, but it backfired as Jordan made five of six free throws to pull the Clippers to within 105-104, with 1:08 to play.

“I thought D.J. was a silent hero,” added Rivers as Jordan finished with 25 points and 18 rebounds. “They intentionally fouled him, and he made them.”

Evans was then put at the line, where he converted on one-of-two free throws to tie the score 105-105.

However, Atlanta’s Kent Bazemore was fouled by Clippers Wesley Johnson, sending him to the free throw line as he made both attempts, giving them a 107-105 lead with 23 seconds left.

After a timeout, Doc Rivers drew up a play for Lou Williams, but he was not able to convert on the three-pointer, but Wesley Johnson grabbed the rebound and handed it to C.J. Williams, who gave the Clippers a much-needed win, draining an ice-water game-winning three.

The Clippers ultimately will have to continue to play through Lou Williams and DeAndre Jordan to stay in games and Doc Rivers fully understands that with his injury-plagued roster, wins will not come easily.

“We’re not gonna win any games prolly right now by twenty or thirty-points; that’s not gonna happen. We’re gonna win them by one and two. Execution for all these young guys is invaluable and it’s important for their careers as well.”