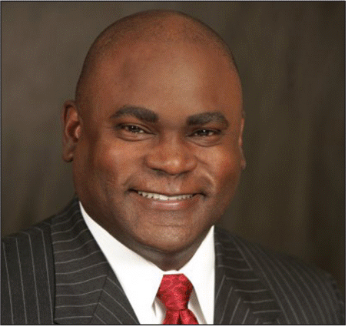 Byron Reed is now at One West Bank a part of CIT Bank, which offers a wide range of banking products here in Southern California.  Byron is the senior vice president and head of Community Development.  In his new position with the bank, he will oversee most of the Southern California territory.  CIT One West has approximately 70 branches that encompass a territory, which includes L.A. County, Riverside/San Bernardino, Ventura and San Diego Counties.  Byron says the bank will be involved in all of these areas and that the bank intends, through hosting community forums, to educate these areas about the numerous service products that the bank has to offer.  Byron says that while CIT One West has been around for a long time and has actively been working in local areas, he wants to introduce the community to the bank’s services and bring awareness to the community of all that the bank has to offer.

Byron Reed is no newcomer to the African American Community or to the Greater Los Angeles Area.  Byron has been active in supporting a vast array of organizations and working in the community.  He previously worked at another financial institution as a Sr. VP of Community Affairs, where he was instrumental in bringing a diverse array of ideas and programs to our community all with the intent of making the community stronger.  “CIT is not a new comer to the area.  The CIT team has done a great job of getting the word out about the bank.  I intend to continue working with the same tenacity and focus that I have always had.  My role will be to maximize the resources and opportunities the bank has to offer with an eye on the prize of making our community stronger,” says Reed about his new role at CIT-One West.

“My role at CIT is not a far departure from the previous role I played at my former institution.  CIT believes in playing a big role in the community”.  Byron knows that in order for a large financial institution like CIT, to be successful our communities have to be successful as well.  Byron believes that in bringing the bank into the community, the community will be stronger and more sustainable on it’s own merit, but the bank can and will bring resources and a team of committed individuals to help improve all of Greater Los Angeles.

Byron has a history of working and supporting local agencies and taking a very hands on approach to improving the community.  He has been active in supporting organizations like Brotherhood Crusade, Mothers In Action, United Negro College Fund, Challengers Boys and Girls Club, Forgiving for Living and a variety of other programs in the South Los Angeles Area.  “We are so delighted that Byron has transitioned over to CIT. Byron is a friend of this community and we trust in him to continue helping improve the conditions in this community, be it through the banks philanthropy or by rolling up their sleeves and supporting affordable housing, small business or whatever the needs are.. We know we can count on Byron as a leader; we have confidence in to help get it done,” said Charrisse Bremond-Weaver, president of the Los Angeles Brotherhood Crusade.

Over the years, Byron Reed was always an advocate for supporting small local businesses.  He was instrumental in creating a small business competition which provided local area business with grants and loans that allowed the businesses to grow and improve the quality of service in the area.  CIT-One West wants to help local business reach their goals and objectives from a financial perspective and Reed says that the bank also has keen eye towards affordable housing.  “L.A. County has a huge need for affordable housing.  The cost of living is moving further and further away and people don’t have down payments or the financial resources necessary today.  We’re bringing any affordable housing opportunities to reality here in LA.”  Reed explains as one of his many objectives in his new role with the bank.

One thing is for sure; Byron Reed intends to bring his best to the community as he has always done.  He wants to arm everyone with a knowledge and understanding of the full spectrum of opportunities available to them.  “We want to support everyone within our community and within our city, young people, small business owners and seniors.  “We’re arming everyone with the full spectrum of how to manage their resources to sustain themselves, their livelihood and help them grow.”

People know my credo has always been, “authenticity, transparency and really try to produce something in the end that brings tangible results”.  He wants everyone, especially those community’s that he has worked with in the past. that he is still bringing his “A” game.  “I am not going to let any slippage occur, because this work is so important to our communities.  Sometimes you need leadership in this space to help move the cheese.  I still have the same goals that I always have had because the need is still very prominent.” 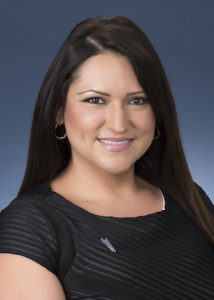 Are You Ready for Retirement? 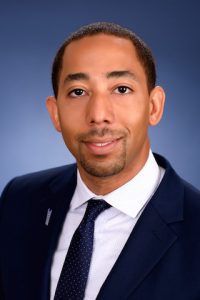 How Athletes and Entertainers Should Draft a Financial Advisor 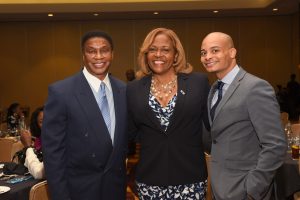