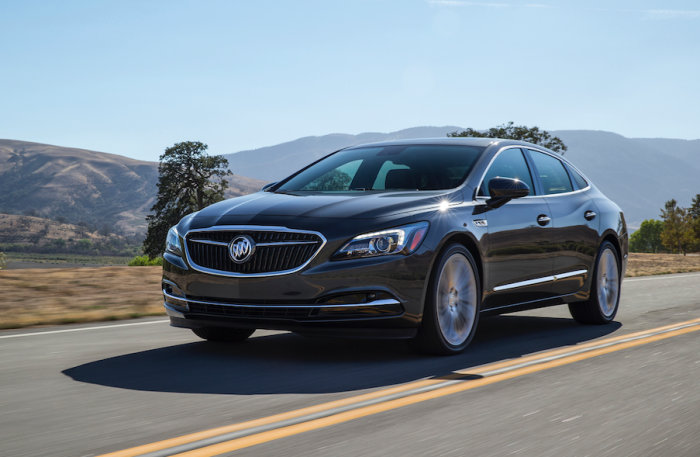 Every year the Los Angeles Auto Show draws in thousands of Angelinos who are car enthusiasts and hopeful automobile owners. This year’s auto show opened on November 20th and premiered some of the popular U.S. automakers’ key models.

720,000 square feet of floor space in the Los Angeles Convention Center was dedicated to some of the most tech savvy vehicles to-date. Domestic brands like Lincoln, Cadillac and Buick showcased some of their exclusive models for next year.

“The new LaCrosse signals the next phase of Buick’s international momentum,” said Duncan Aldred, vice president of Buick Sales and Marketing. “Its quietness, comfort and connectivity were developed to set new standards in the segment, supported by technologies not offered on competitors such as the Lexus ES. It is also drop- dead gorgeous.”

Buick premiered its 2017 LaCrosse model at the L.A. Auto Show, enticing mobile enthusiasts to get the new model. Longer, lower and wider than the current model, the 2017 LaCrosse is built to be tougher and stronger. The new model is 300 pounds lighter that the current LaCrosse, which will help contribute to greater efficiency.

“The blend of sophisticated technologies and advanced safety systems offer a more enjoyable and engaging driving experience,” said Aldred. “It’s a rewarding sedan for those who seek luxurious appointments, style and quality.” 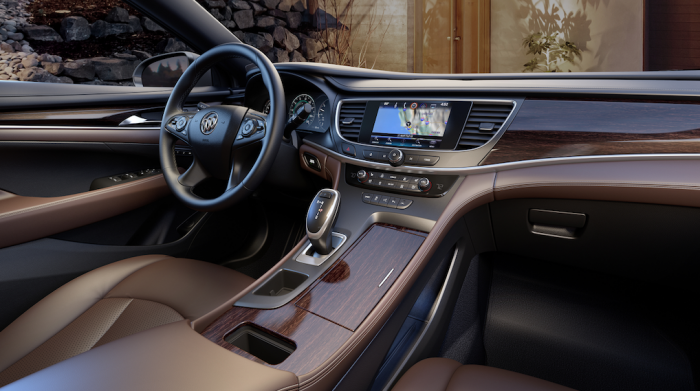 Interior of the new Buick LaCrosse. (courtesy of Buick)

The 2017 model has a new 3.6L V-6 engine and dual overhead cams. It’s exterior has a sleeker look and newer grill that has the classic Buick tri-shield insignia design. The design concept was inspired by the 1954 Wildcat II concept according to Buick representatives.

“It’s a sleeker design that looks confident and purposeful,” said Holt Ware, exterior design director. “Stretching the wheelbase, lowering the roofline and making it slightly wider creates a dramatic effect that is enhanced by the design’s supporting elements such as the swept headlamps.”

The new model also has a central technology component called IntelliLink, which controls a color touchscreen located at the center of the car’s panel. Drivers can connect their phones and have the interface to see their smartphone apps on screen.

“There is fluidity in the interior forms – a seamless ambience that flows throughout the cabin,” said Liz Wetzel, interior design director. “Like the exterior, there is sculptural beauty in the interior’s functionality, complemented with high-quality, authentic materials and exceptional attention to detail.”

According to Buick representatives, sales of the Buick LaCrosse have exceeded 900,000 globally since it went on sale in 2009. It could be because of the intuitive changes they’ve made over the years.

One of the biggest things that stuck out for me about the 2017 model was the Automatic Park Assist feature. Parallel parking in Los Angeles can be a tricky thing, but this feature helps you do it with ease. The park/perpendicular assistance helps the driver automatically steer the vehicle into a detected parking space while the driver applies the brakes. Talk about bumper-to-bumper saver!

For more information about the new LaCrosse and other Buick models visit their website at www.Buick.com