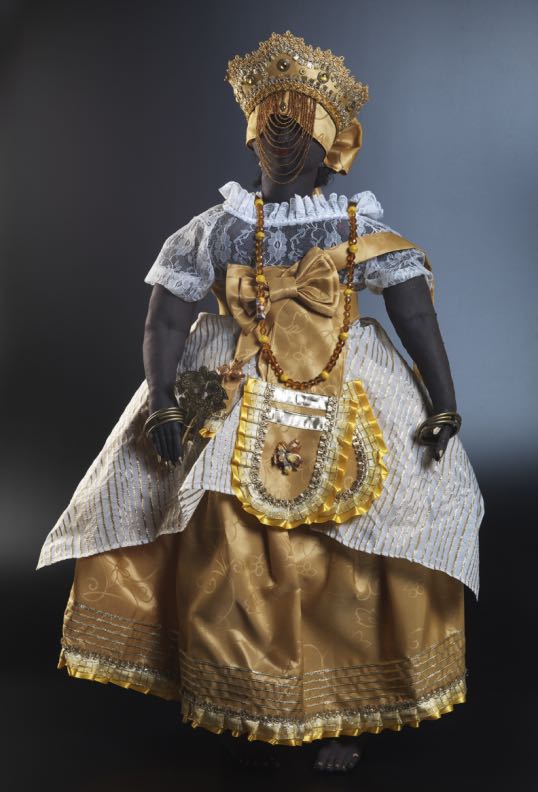 The museum’s permanent African exhibit was named Kumbukumbu – a Swahili word for the memory of  people, objects and experiences. A throne from the Kingdom of Dahomey (current-day Benin) and ritual objects of Afro-Brazilian religion (Candomble) were some of the museum’s most prized possessions.

“It was an incredible opportunity to recover a whole discussion about race relations in Brazil and the importance of studying the history of Africa to understand Brazil, to discuss the issue of slavery and how it negatively impacts Brazilian society,” said Soares, who confirmed that the entire collection had been destroyed in the blaze.

When the museum opened in 1818, its collection included items from Africa. In the early 19th century, the Kingdom of Dahomey was one of the biggest suppliers of enslaved Africans to Brazil. Rei Adandozan, then the kingdom’s leader, gave Brazil’s D. João VI several gifts, including a royal throne and sandals.

These artifacts are considered important records of the kingdom which disappeared after being taken over by France in 1904. Other pieces in the collection included Alaka fabrics, made on the west coast of Africa in the first half of the 20th century, and an ivory tusk carved in the Congo River Basin in the 19th century, noted as one of the largest ever exhibited in a museum.

The museum’s Candomblé items were physical reminders of the resistance of Africans and Afro-Brazilians against constant religious persecution. The Afro-Brazilian religious houses in Rio de Janeiro were always being persecuted and many had their religious items confiscated by police.

Many of the Candomblé items were recovered from Rio de Janeiro police at the end of the 19th century by Ladislau Netto, the museum’s late 19th-century director. Thus, the museum’s collection preserved wood and metallurgy techniques used by Africans and their direct descendants to create religious items.

Another former museum director, Heloisa Alberto Torres, collected religious items from Candomblé houses in Brazil’s Bahia during the mid-20th century and donated them to the museum.

Candomblé objects included a mirror used in celebrations of the Oxum Orisha, as well as dolls of the orishas.

The museum, housed in a palace, was likely built with the labor of enslaved Africans and Afro-Brazilians. Before the Portuguese royal family moved into the palatial mansion in 1808, it belonged to Elias António Lopes, a merchant who became rich off the slave trade. Brazil officially abolished the transatlantic slave trade in 1850 and slavery in 1888.

When the fire started in the back of the building on Sunday night, firemen who arrived soon after found the closest fire hydrants without water—a cost-saving measure implemented by the institution. Brazil’s education and cultural institutions have suffered significant funding cutbacks implemented by the national government in the last three years.