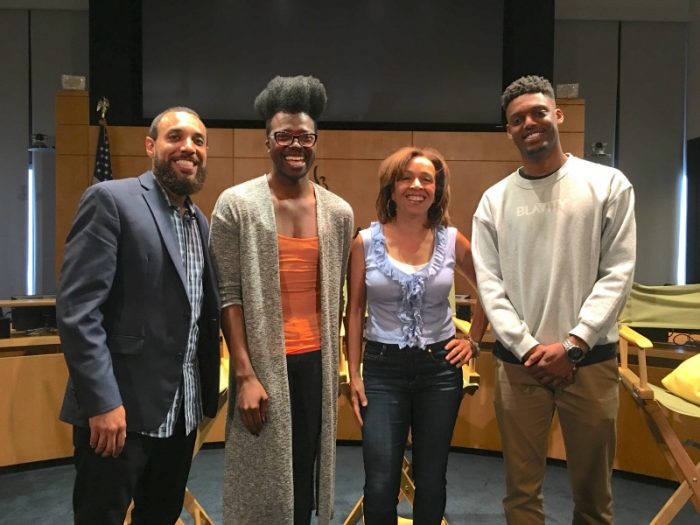 What is the current state of Black Media?

Bernard believes Black media is in a “transformational stage.”

“The state of Black media is vibrant; although it is changing, I still think that right now we are living through an extremely memorable time in media. Everything from what’s going on at the White House in our current administration to films like, ‘Get Out’.”

Moderator and NABJ-LA president Tre’vell Anderson continued the discussion with questions about slanted views in media.

“I’m a person that doesn’t believe in objectivity,” said DiPrima. “I don’t think we as human beings have the ability to look through anybody’s eyes but our own. We get slammed by mainstream media for being slanted, I believe they are slanted too, they just don’t acknowledge it. In my personal opinion, the way that many mainstream media outlets report on Black issues, particularly Black lawmakers, is super slanted.”

DiPrima goes on to say, an action that is done by a Black or Brown politician will not receive the same type of coverage as a White politician.

“Human beings are bias. We can try to be fair and I think that is an important distinction but there is always going to be a certain amount of bias,” said DiPrima.

One of the challenges the Black press faces is determining whether or not to take a stand on topics like Black Lives Matter movement and #OscarsSoWhite.

“The reason Black press was birthed was that we needed a voice,” said Brooks. “Our voice wasn’t being properly heard or an editor might change the story or not publish a story because it is too controversial for the broader community or the terminology they might say.

Brooks continued, “At a Black newspaper, we don’t have to be afraid of not being objective at times. At times as Black press, we need to make a statement. There may be an editorial and that’s our front page article. I don’t look at that as a challenge but something that comes with the territory.”

The future of the Black press is still growing, the LA Sentinel will continue to build community trust and focus on making an impact in the community.

“Nothing is like getting out, going in the community and finding a story that no one else knows about or they might know about but as Dominique said we can highlight it in a different way,” said Brooks. “They did a 24-hour broadcast. We call it the uprising and the rebellion, White media calls it a riot. That’s why we exist, that’s why we are needed. That’s a psychological play and if you aren’t able to navigate that, that’s why we are here to help. These are the things that are important and that’s why I believe in working in this environment.”

In regards to Blavity and KJLH, both Bernard and DiPrima believe the future is bright.

“Technology is going to allow us to continue to find people and create communities faster,” said Bernard.