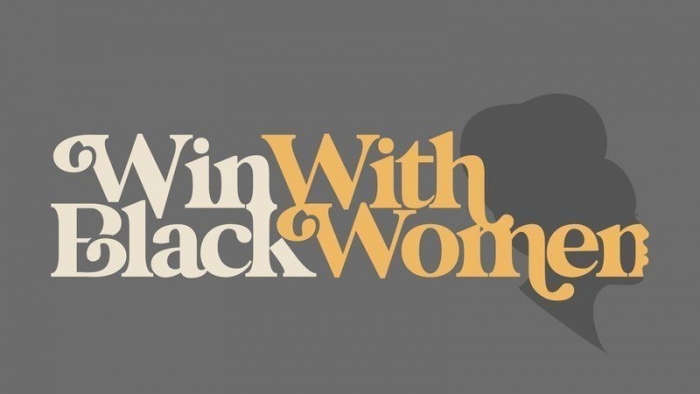 Our consortium of Black women leaders has disrupted the status quo of this election cycle and of society. This week, we have been reminded of the question you asked Black people during the 2016 election: “What do you have to lose?”  Our answer, evidenced by increasingly poor economic outcomes, high racial tensions and hate incidents, the coronavirus, and an overall lack of dignity and respect in the White House, is a lot. And for Black women in particular, it’s too much.

The RNC’s sycophantic rhetoric was intended to repeatedly and delusionally paint a picture of Black life in America that is better off now than it was before the Trump Administration. Your representatives and supporters went so far as to suggest that we have more jobs than ever, that wealth is attainable for all, that if only we “work hard” we can achieve the American dream. They suggested that Black people ought to be content with the benefits the Trump Administration has carved out for us, and blatantly stated that Black people who support you and your “achievement” of a greater America, are free-thinking, while those who challenge this ill-founded, factless rhetoric, are brainwashed.

To add even more insult to injury, the RNC also had a parade of complicit elected officials, members of the Trump family, clergy, and gunfire-threatening-homeowners, promise certain Americans safe suburbs, fewer needy immigrants, and a restoration of “traditional” values.

We can assure all those reading this, we are not brainwashed. We can hear your dog whistles, and it is time to set the record straight.

According to the State of Black America, the seminal annual report distributed by the National Urban League, which measures racial equality in America across topics like economics, and health, the overall experience of Black people in America has not improved since you have taken office. In fact, Black households still earn 41% less than White households. Over 60% of the Black population lives below the poverty line. As for jobs, our unemployment rate is still double that of our White counterparts. An Associated Press fact check says that the most progress to Black unemployment occurred in 2010 under the Obama administration, when Black unemployment was at a record low of 7.8%. On your watch, in May 2020, Black unemployment was 16.8%. A recent report by the National Bureau of Economic Research found that 41% of Black-owned businesses were shuttered in April 2020.

Our lives are in constant threat under your Administration. If you are Black in America, you are three times more likely to be shot by the police. In these recent months, as we have faced the deaths of too many Black people, including Ahmaud Arbery, Breonna Taylor, George Floyd, and the attempted murder of Jacob Blake, you have shown no empathy for these lives lost or destroyed.

Instead of acting to end police violence, you promise to increase “law and order.” Your Administration ignores the call for real police reform and claims there is no systemic racism in policing. Instead of race-baiting and fear mongering, you should be pushing Mitch McConnell to move on the Justice in Policing Act to help protect Black and Brown lives. And as the nation calls for #JusticeForBreonna, you mock us by giving Daniel Cameron, the Kentucky Attorney General and the man with the authority to bring justice for Breonna — but has completely failed — a national spotlight to campaign for your re-election.

The coronavirus, shockingly, almost entirely unmentioned during the RNC, continues to disproportionately rip through our communities – we are dying at two and three times our population share. Black people make up a disproportionate amount of the 180,000 lives lost to this pandemic and you could have prevented many of these deaths. Not to mention, Black women, who were essentially erased at the RNC, face many great risks: we lag behind in life expectancy, and maternal and infant mortality.

And speaking of Black women, you and the GOP can’t seem to refrain from racist, sexist, and defamatory tropes aimed at any of us who dare to oppose your policies and who call on you to do better for America. Just as you attacked Senator Kamala Harris, only hours after her announcement as the Democratic nominee for Vice President. We’ve seen that playbook before. And if you cannot help yourself, know that we will not allow disparaging comments against our sister or any other Black woman elected or running for office to go unchecked.

As we commemorate the 57th anniversary of the March on Washington, our struggle for freedom, jobs, justice, equality and the opportunity to breathe continues. But despite the setbacks we’ve endured during the Trump Administration, we will not be silent or stand by as you continue to lie and mislead the American people. We call on voters, no matter their background, to join us in setting the record straight and to reject your distracting antics, lies and attacks. We call on you and the GOP to focus on the crises afflicting the American people and not to insult every American with petty diversions, outright lies, and by sweeping problems under the rug.  We call on voters to stand in solidarity with Black women and reject your derogatory sexist, racist rhetoric aimed at undermining our credibility, our character, and our achievements. In return, we vow to continue to uplift the issues most important to our families and our communities, keep our eyes and ears open, and to work to restore what is true, just, and decent to this election and to this monumental time in history. Because it matters – for each and every one of us.