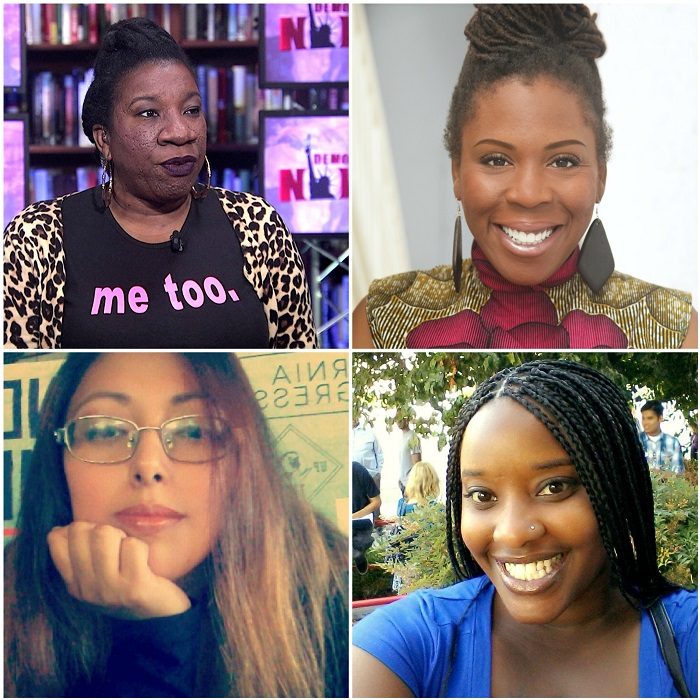 The original creator of the #MeToo Campaign, Tarana Burke, will be the featured speaker at a march and rally for survivors of sexual harassment, sexual assault and sexual abuse in Hollywood on Sun., Nov. 12. The #MeToo Survivors’ March will start at 10 a.m. at the intersection of Hollywood Blvd. and Highland Ave.

Ten years before the allegations against Harvey Weinstein became public knowledge, Burke was already helping young women talk about sexual assault. Working with girls at an organization, she co-founded Just Be Inc., where she heard a lot of reports of sexual violence and she wanted to offer young survivors what she needed in the aftermath of her own assault: empathy. So she started the #MeToo campaign “to spread a message for survivors: You’re heard, you’re understood.”

“For every Harvey Weinstein, there’s a hundred more men in the neighborhood who are doing the exact same thing,” Burke says. “The conversation around harassment in Hollywood will broaden to include other industries if we force it to!”

Other speakers at Sunday’s march and rally include lead organizer Brenda Gutierrez who put together the #MeToo Survivors’ March after she saw her Facebook newsfeed fill up with the “#MeToo” status’ in reaction to recent Hollywood revelations involving sexual assault. Joining Gutierrez will be writer and media commentator Jasmyne Cannick, Aleesha Barlow the creator of Tell Somebody Inc., an organization that works toward ending child abuse of any kind and Jayda Rasberry, the Organizing Director for Dignity and Power Now, a grassroots organization based in L.A. that fights for the dignity and power of incarcerated people, their families, and communities. For a complete list of speakers, please click here.