Pervasive police abuse of Black people, young Black males, especially, is being documented as never before. As a result, the nation is more aware of the problem; whether or not this results in sustainable change in policy and practice remains to be seen. However, starting with Trayvon Martin’s murder, which launched The Black Lives Matter Movement (BLM), public awareness, grassroots organizing against police brutality and continuing pressure on elected officials and law enforcement appears to have had some discernable impact on a problem that has existed in the Black community for as long as anyone can remember.

The broader reality is violence exists in all communities throughout the world. Violence among Blacks, however, is often a manifestation of self-hate, spawned and nurtured by a racist society. Usually, the Black community responds with episodic, not sustained outrage to exceptionally brutal or sensational violence—especially when the victims are young, as in the killing of 13-year-old Devon Brown by LAPD officers in 2005 and Trayvon Martin’s needless killing. Sadly, violence among Blacks themselves, in some neighborhoods, has become a terrible, norm, bolstered by seeming indifference, even in most often victimized neighborhoods.

One of the most poignant and disturbing indicators of violence’s pernicious fallout is the steely, on-the surface- nonchalance of many Black children and young adults towards the pain and suffering of others. The wrenching phenomenon of kids staring, seemingly without emotion or apparent concern, at someone wounded or killed in their neighborhood, is almost impossible to describe. These youngsters, through no fault of their own, grow up in a culture that damages their capacity for caring and dims any real hope for the future.

The antecedents of violence are well known, yet many Blacks have a tendency to deny or minimize this, largely because slavery’s devastating legacy blurs its continuing impact in the Black community. Racism and psycho-social conditioning go hand-in-hand, forming the basis of self-hate so evident in poor young Black males. And there is still denial among the Black middle class that they too suffer from conditioned subservience. Nonetheless, despite suffering untold atrocities, Blacks are among the world’s most resilient people.

America has always stressed materialism and individualism, both integral components of racism and white privilege; Blacks and all non-whites’ have always been considered less human than Europeans in this country.
Unfortunately, barriers to changing Blacks’ self-deprecating mindsets and behavior are many and the following examples are illustrative, not exhaustive.

Having internalized European values without their benefits Blacks are reluctant to challenge the powers that be; doing so amounts to challenging themselves because they don’t have their own separate values. Hence, Blacks’ ambivalence and defensiveness about ridding themselves of systemically ingrained second-class status.

Other manifestations of the “less than white” syndrome, in addition to previously mentioned self-hate and low esteem, include a tendency to minimize others’ rights and humanity; an inability and/or unwillingness to forcefully challenge oppressive conditions or the oppressor; Black students’ “dysfunctional” behavior; public policy that codifies injustice and, of course, injustice itself based on race. Additionally, Black leadership’ self-serving individualistic, materialistic behavior; public education that denigrates rather than embraces or supports Black children, in particular and the chasm between middle-class and poorer Blacks that has become a major obstacle in the continuing struggle for equity and justice.

Most people, including the Black middle-class know, at least intellectually, that in America, race matters. However, fearing loss of material gains, the middle-class steadfastly acts as though major political and economic barriers are no longer as significant as in the past. Also they have effectively removed themselves from the continuing struggle for civil and human rights, and perhaps they need to be reminded that neither poverty, limited wealth, nor any shade of Black has ever been of any real concern to white America.

Can violence be eliminated? In an absolute sense, of course not, but reducing the incidence of violence, especially among Blacks is not only possible but absolutely necessary.

New violence-reduction strategies must include partnerships among local communities, parents, schools, law enforcement, government agencies, politicians and perhaps, most important, Black leaders themselves. Common ground has to be clearly defined by leadership and accountability must be built into all efforts for actual sustainable change.

Parents and local communities need solid information and must share in decision-making authority in order to participate as equals in matters that affect their lives. New leadership models should also include a reassessment of strategies with a new strong emphasis on moral and ethical values essential to meet the goals and aspirations of particular groups and neighborhoods. Health services also have a significant bearing on violence among Blacks. (It appears lessons were learned from the demise of Los Angeles’ Martin Luther King Hospital and honesty and accountability at the “new “MLK” are now firmly established. Recent reports are encouraging. The word is leadership is working collaboratively with residents and leaders in the surrounding communities (SPA 6) to guarantee community-centered, quality health services.)

Violence among poor Blacks especially, is the culmination of prolonged oppression resulting in a pervasive lack of vision and hopelessness evidenced by understandable anger and distrust. Typically, the Black community responds to high profile cases of violence and brutality with episodic, not sustainable outrage. Therefore, altering the scope of violence among Blacks requires new thinking, new leadership and collaboration among all factions to create a new reality that unapologetically benefits the entire Black community. 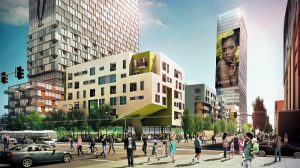 Vote No on Measure S