The artistic abilities of David G. Brown are displayed each week in the L.A. Sentinel through his graphic commentary on current events. His political cartoons on the Opinion page reveal Brown’s incredible skill of transforming pressing issues into amusing presentations.

Many have lauded his talents, which extend to comics, educational books, advertisements and animation. As a result, Brown has reaped multiple first place awards from the National Newspaper Publishers Association and even earned a NAACP Image Award in 2009.

In light of his many accomplishments, Brown remains humble and fully focused on heightening awareness about topics affecting the Black community, along with developing projects to attract young people to the graphic design field.

“I appreciate working at the Sentinel. It’s a chance to motivate, inspire and educate my community and I am really passionate about that,” said Brown, who began drawing political cartoons for the school newspaper as a college student. 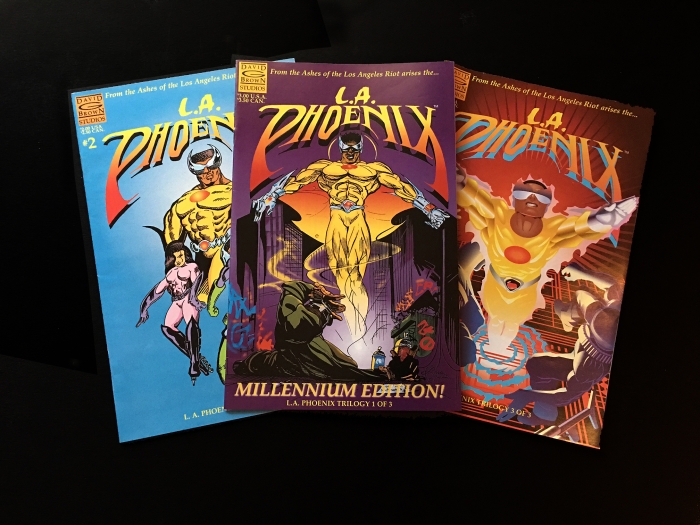 Brown’s career changed with the Rodney King verdict and civil unrest that followed in the April of 1992! As a result he responded by speaking to youth through the creation of the L.A. Phoenix comic book super hero and other youth inspired projects.

“I feel really blessed. I have the opportunity to make a real impact and share messages with our community and make a difference in persuading our opinion and enlightening us and making us aware of important issues. I think sometimes, that political cartoons are a powerful way of sending out that message,” he noted. Brown started at the Sentinel in 2003 and is one of only five African American political cartoonists in the nation.

His journey as a graphic artist began on the east coast in the 1980s, where he worked as an art director for an advertising firm. Due to the limited opportunities for his craft, he relocated to Los Angeles and soon found employment in television and film studios as an animator. His work was featured on many popular cartoons of the era such as “The Cosby Kids” and the “He-Man” series.

However, his career took a turn shortly following the 1992 civil unrest. As L.A. officials sought ways to help people heal after the crisis, Brown thought he could assist through an after-school program for youngsters and he won a grant from the city’s Cultural Affairs Department to implement his idea. 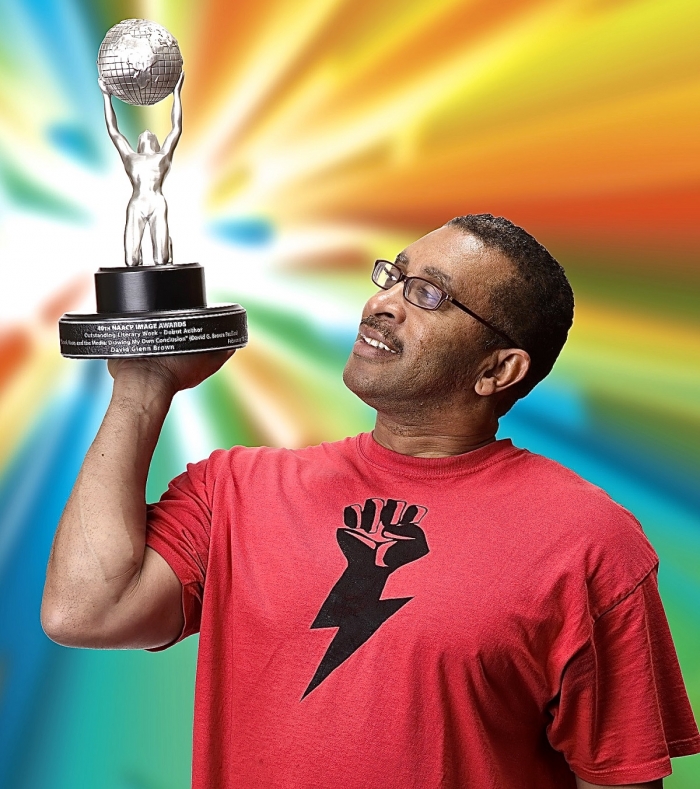 “My strategy was to address young people by creating an African American superhero called L.A. Phoenix, who rises from the ashes of the unrest to show youth that there is a better way to resolve conflicts,” recalled Brown. “I also did a program called Tales From the Kids for students in South Los Angeles to teach them how to write and draw and make their own comic books. It was a really successful program,” he recalled.

The activities influenced Brown to explore other avenues to acquaint youth with the field of art. He partnered with the Los Angeles Library Department to offer free design workshops for children and teens as well as joined the board of directors of the Museum of African American Art with the goal of “bringing more young people into the museum.”

As for the industry, Brown has excelled in other aspects of graphic design. He’s done advertising work for LAX, Wells Fargo Bank, the Auto Club of Southern California, California African American Museum and the city of Los Angeles. He has also created a range of health-related illustrated books for youth and a series of historical graphic novels. 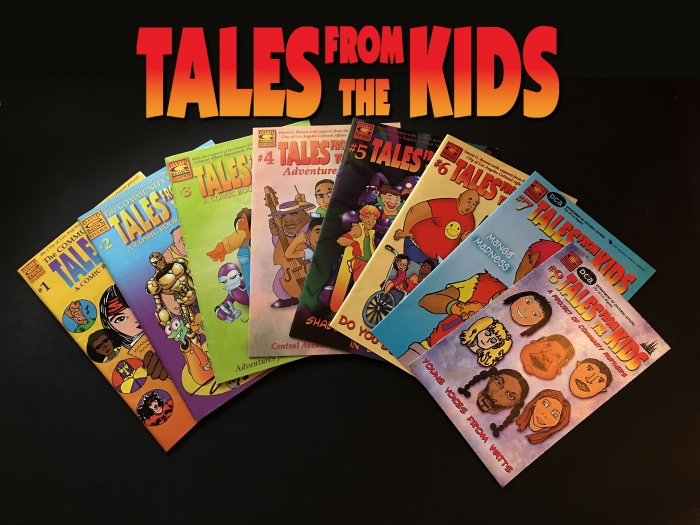 The concept of the “Tales from the Kids” program is to create and publish books written and drawn by young boys and girls. This is accomplished through a series of workshops, supported by trained professionals, culminating in a comic book and or art project.

In fact, it was his graphic book, “Barack, Race and the Media,” that received the NAACP Image Award, which remains one of the most memorable moments of his long career. Remembering the experience of being honored for writing about the former president’s 2008 campaign, Brown said, “It was incredible. Halle Berry and Tyler Perry were the show’s hosts and I got an opportunity to share the stage with them. Also, my son came on stage with me, so it was a really special moment!”

As for the future, Brown plans to continue to create stimulating editorial cartoons and develop projects for young people of color in Los Angeles. He’s also confident that his optimistic attitude will lead to his success in these areas.

“My mantra is based on the Earth, Wind and Fire song, ‘Keep Your Head to the Sky’ and be positive,” said Brown. “When I moved to L.A., my mother told me to remember to work hard, believe in myself and keep God first. And that is what keeps me going until this day.”