Indeed, it has been our history as a people to create free space in the midst of both the harshest and cleverly hidden oppression, lift up the light in the midst of the deep darkness that surrounds us, and carve out of the hard rock of reality a soulful beauty in the midst of unspeakable ugliness that otherwise would undermine and unrighteously affect us. It is in this spirit that we turn now to thoughts of spring in the midst of this, one of our worst of winters, and think beautiful, uplifting thoughts of repairing, renewing and remaking ourselves and the world.

So, we have come again to a beautiful and hopeful time: Spring, the promise of new and renewed life; Easter and conversations, imaginations and initiatives of resurrection, renewal, repeating life, “coming forth by day” and rising in radiance into the heavens and afterlife. The concept of resurrection, repair and renewal has a long and rich history in the spirituality, ethics and social teachings of African people. It is both a spiritual and social-ethical concept in the intellectual genealogy and social history of Black thought and offers us lessons on how to live and die and rise up and live again in beautiful transformative ways.

And as we turn to meditate on the meaning of these concepts, beliefs and teachings, we must ask ourselves how do we use them in contemplating, conceiving and conducting the rising of Black men and women? Especially, how do we talk about, imagine and put into practice our resurrection, our self-uplifting and rising from the social death designed for us as a people first in the Holocaust of enslavement and continued in the structural practices of mass incarceration and unemployment, inequities in housing, health care, education and income, and in almost every other social good? And how do we maintain our soundness of mind and body in the most brutalizing, devastating and uncertain time and dare to hold on to our soulful happiness and hopefulness? It is clear we must resist and reaffirm: resist the negative, evil and unjust, and reaffirm the good, the right, the beautiful and possible. In a word, as our poet laureate, Gwen Brooks tells us, we must “conduct (our) blooming in the noise and whip of the whirlwind.” For in the midst of oppression, we are given no days off.

The earliest expression of this concept of resurrection, renewal and rising in radiance in the heavens appears in the Husia, the sacred text of ancient Egypt. At the heart of this concept of resurrection is the ancient African’s rejection of death as the end of life and their quest for immortality through living a righteous life on earth and being judged worthy of eternal life after death thru that righteousness. This resurrection, rising and living after death is called awakening and arising, lifting oneself up, and “coming forth by day”, i.e., emerging from the sleep, inactiveness and darkness of death and the grave and “repeating life.”

The breaking of the bonds of death and grave find current use not only thru rising and being rightfully rewarded among the righteous, but also in the social and spiritual teachings of our people. Maria Stewart began her work and teaching during the Holocaust of enslavement which was a morally monstrous act of physical and cultural genocide and a crime against humanity. And it was designed to ensure the social death of enslaved Africans, i.e., culturally dead to themselves and dead as humans to their enslavers, reduced to objects of labor, sex and entertainment.

It is in this context that Maria Stewart calls on us to resurrect ourselves saying, “Let us make a mighty effort and arise, and (even) if no one (else) will promote or respect us, let us promote and respect ourselves” and done rightly, that will compel their respect of us. And again, “O (you) daughters of Africa, Awake! Awake! Arise! No longer sleep nor slumber, but distinguish yourself. Show forth to the world that (you) are endowed with noble and exalted faculties.”  And she asks African women and all of us, “O you daughters of Africa! What have you done to immortalize your names beyond the grave? What examples have yet (you) set before the rising generation”? What foundation have (you) laid for generations yet unborn? And indeed, “Where are our union and love”? (emphasis mine)

And she wants us to wake up, strengthen ourselves and defeat the designs of the Holocaust makers, the genocidists and oppressors. Especially does she want us, Black women and Black men, to raise up in what she calls “our love and union.” This means striving and struggling together to end ignorance, to bring light to dimmed, self-deceived and narrowed minds, cultivate the love of learning and righteous living; love each other; and emulate David Walker, the freedom fighter and friend who “distinguished himself in these modern days by acting wholly in defense of African rights and liberty.”

In his Easter Sermon, April 16, 1922, the Hon. Marcus Garvey, one of the greatest leaders of the 20th century, lectured on the spiritual and social meaning of “The Resurrection of the Negro.” He saw Jesus’ life as instruction in service and sacrifice and as a symbol of hope and inspiration for Black people to triumph over the social death designed for them, to “triumph over the slavishness of the past, intellectually, physically, morally and even religiously.” He wants us to rise “from the slumber of ages,” rise “in thought to higher ideas, to a loftier purpose and a true conception of life.”

For him, resurrection of his people is thru the creation of “a risen life, a life of knowing ourselves,” knowing and loving each other and creating, as we say in Kawaida, the social and cultural basis for our coming into “the fullness of ourselves.” This, he asserts, requires that we be self-determining and become a renewed and strengthened people who are “resurrected not from the will of others to see us rise, but from our own determination to rise irrespective of what the world thinks.”

Messenger Elijah Muhammad, founding father of the Nation of Islam, taught the concept of resurrection as a mental, spiritual and social goal for this world. He spoke and taught of our rising from “the grave of ignorance,”the deep ditch of fear and self-doubt. “Resurrection of the dead,” he taught, “means resurrection of people who are mentally dead to knowledge of self and truth.” And “the time is ripe that you rise up and accept your own.”

Min. Malcolm, building on the Messenger’s teaching, reaffirmed that resurrection is essentially about self-raising in the context of community. It is about rising up from the social and psychological grave in which we were buried in oppression. It is for him, as I read it, rising up from three kinds of deadness, i.e., a grave of unconsciousness, deterioration and inactivity. Thus, he calls on us to “wake up, clean up and stand up.” In a word, we are to achieve and practice “critical consciousness, moral grounding and transformative struggle.” And Min. Malcolm urges us to hold fast to the faith of our forefathers and foremothers, a faith “of life not death, one that teaches us to live, the importance of life and how to live.”

The central teachings of this spiritual, psychological and social resurrection reside in this: to seek and speak truth of ourselves and the world; to do and demand justice in our relationships, society and the world; to remember and revere our elders and ancestors; to cherish and challenge our children to have and demonstrate ethical and expansive conceptions of themselves; to care for and struggle with the vulnerable in their efforts to raise and liberate themselves; to have a rightful relationship with the environment; to love each other, respect each other and to constantly struggle to bring, increase and sustain good in the world. And if we do this and do it righteously and together as Black men and women, then we can stand up in the social coffins constructed for us, as survivors of our intended burial, and as builders of a new world where life and love and the happiness they bring are cherished in an honored, deeply devoted and daily practice. 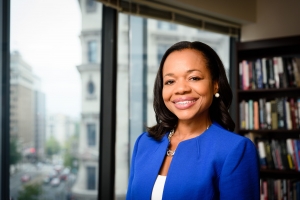 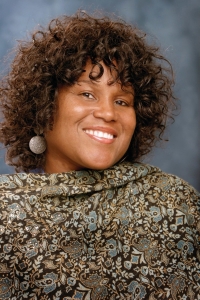 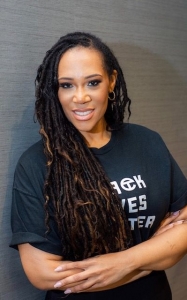 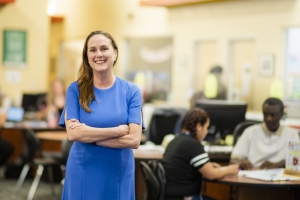 After COVID-19 Let’s Build Back Better for Our Students 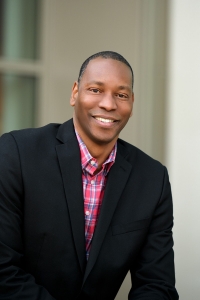 Will the 2020 Census change the course of history for the Black community?