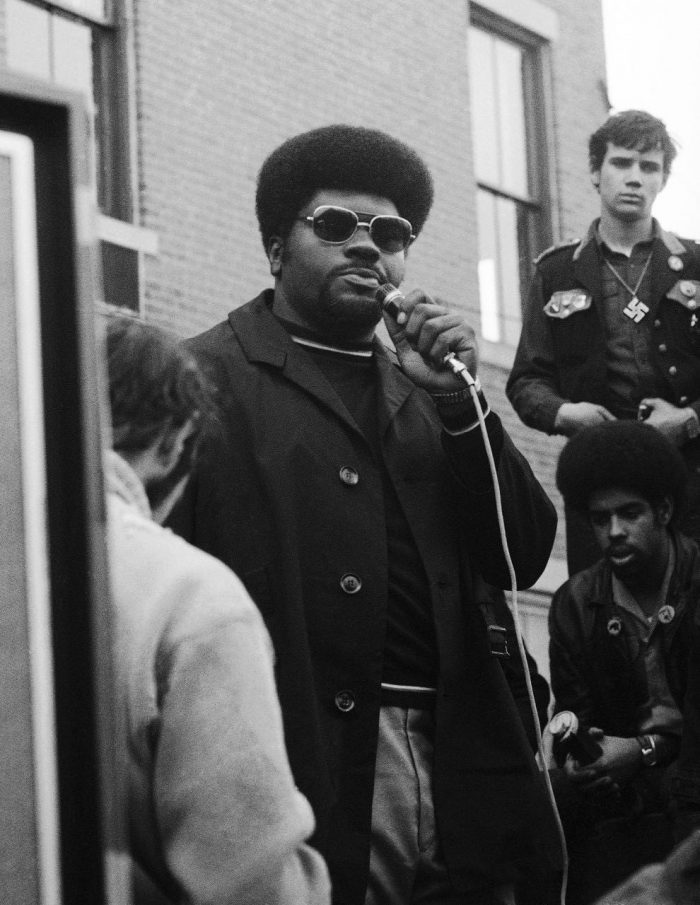 Elbert “Big Man” Howard, a co-founder of the Black Panther Party who served as newspaper editor, information officer and logistics genius behind the group’s popular social programs, has died at age 80.

Friends and family described Howard as a “gentle giant” who could paint in words what a jazz song was saying. Howard was an author, volunteer jazz disc jockey, author, lecturer and activist in Sonoma County, where he later made his home.

Howard was one of six people who founded the Black Panther Party for Self-Defense in Oakland in October 1966, along with Bobby Seale and Huey Newton. The political organization started out patrolling police for possible abuse against blacks.

Key members quit in 1974 after years of fatal fights with police and each other. Later it became clear that the FBI had engaged in surveillance and harassment to undermine the party and incriminate its leaders.

Howard quit the party in 1974, but in its active years, he served as editor of its newspaper and deputy minister of information. He traveled to Europe and Asia to set up chapters and was responsible for the social programs that made the party famous.

Billy X. Jennings, a longtime friend and party archivist, said Howard was the person who negotiated lower prices and organized refrigerated trucks for food giveaways. Later, as an administrator at a local college, he organized a program for jail inmates to take courses.

“He was a beloved member,” Jennings said. “People might have had different grudges against Bobby or Eldridge (Cleaver), but nobody got a grudge against Big Man.”

Howard was born Jan. 5, 1938, in Chattanooga, Tennessee, as the only child of Emma and Anderson Howard. He joined the Air Force and was posted to Travis Air Force Base in Fairfield, California.

Jennings said after he was discharged, Howard enrolled in Merritt College, where he met Seale and Newton. Seale remains active in politics. Newton was killed in 1989.

Hyams was a nurse when she met Howard in 1969; they broke up when he started traveling on party business.

“He was huge, he was impressive, he was quiet,” she said. “He seemed shy almost, but carried himself with great distinguishment.”

After Howard left the party, he returned to Tennessee and worked as a sales manager, Jennings said. The friends got back in touch in the 1990s, and Howard became active in party reunions and events.

In 2005, Hyams reached out to Howard by phone after a friend’s son found his information online. They got back together and were married in her Sonoma County home in 2008.

In addition to his wife, survivors include his daughter Tynisa Howard Wilson of Landover, Maryland, and grandsons Jaylen and Amin; stepson Robert Grimes of San Pablo, California, and three step-grandchildren.