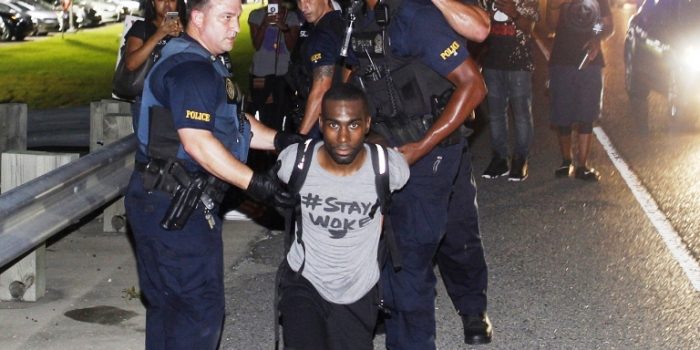 Black Lives Matter activist DeRay Mckesson is suing the city of Baton Rouge over his arrest last month at a protest of a black man fatally shot during a struggle with two white police officers.

A class-action lawsuit filed Thursday in federal court on behalf of Mckesson and two other arrested protesters, accuses the city and police officials of violating their civil rights and using excessive force.

Mckesson was arrested July 9 near police headquarters on a charge of obstructing a highway. District Attorney Hillar Moore announced that McKesson is one of roughly 100 arrested protesters who will not be prosecuted by his office.

Mckesson is a Baltimore resident.