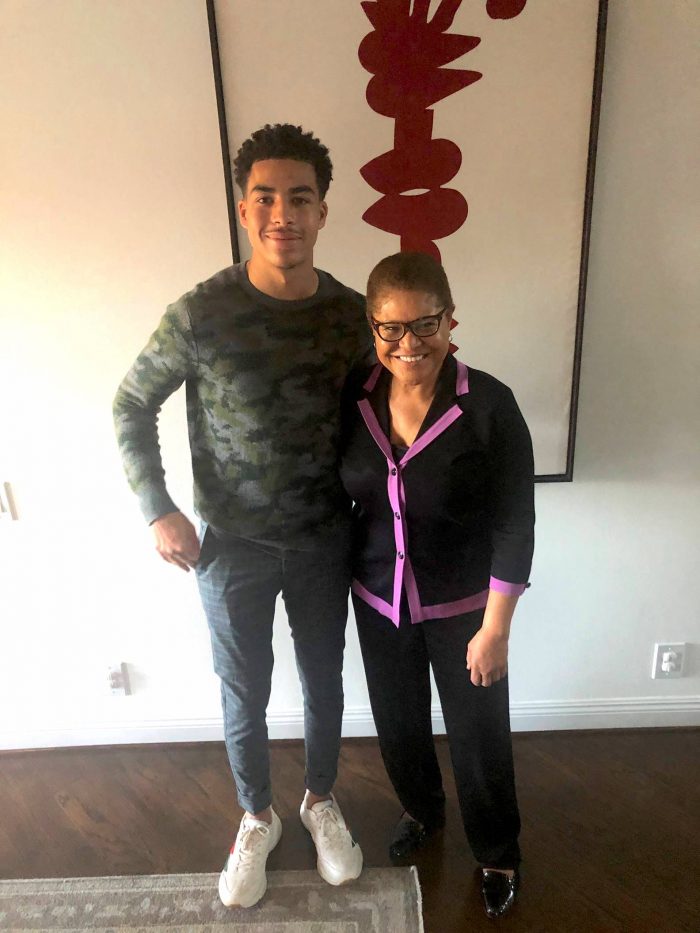 The Los Angeles native has starred in “Black-ish” since the show premiered in 2014. As the show success continues to grow, Scribner has used his spotlight in a positive way. Though most television stars fear becoming activists due to social pressure, Scribner describes his activism as a priority.

The actor uses his platform to uplift various issues. Those issues range from increasing younger voter turnout to creating dialogue about the foster care system. Scribner spoke with The Los Angeles Sentinel about his recent conversation with Congresswoman Karen Bass.

“Me and Congresswoman Bass talked about what we can do to aid foster care reform and the post foster care system,” said Scribner.

“Even when they are 18, they are kicked out of the system. I can’t imagine how it feels to be in that type of situation. I’ve worked with her organization to see how we can help.”

This isn’t the first time the actor has teamed with social organizations. He’s worked with The Sandals Foundation, an organization that delivers tablets to Caribbean schools and Defend Our Future, which provides education about climate change. 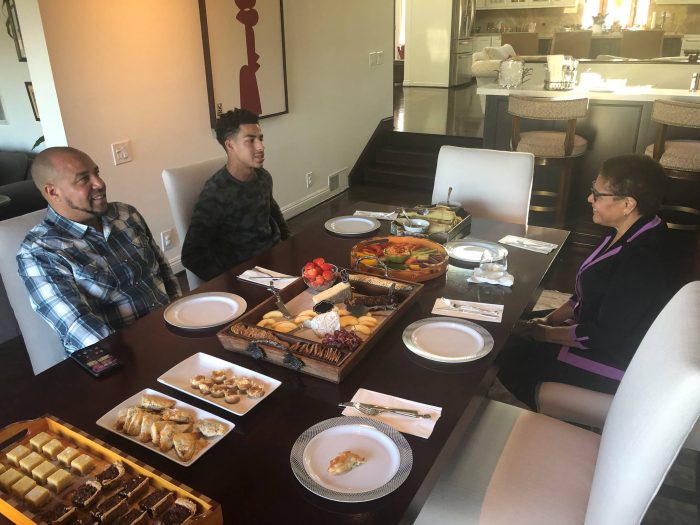 He may not be exactly as his character Junior but they do share a common love. They both enjoy videogames. The actor recently donated part of his earnings from a Fortnite Pro-Am earlier this year. The game Fortnite is an action online game that allows users to customize their characters. He used those funds to support the National Foster Youth Institute.

As “Black-ish” popularity grows, so does Scribner passion for giving back.

“I think it’s the power we have as people in the spotlight. We should advance positive narratives and positive issues. For example, look at our most recent election. The turn out for 18-to-24-year-olds were at an all time high. I believe the huge social media presence help amplify those turn outs.”

The recent wave of political discourse has sparked conversations around public figures voicing opinions. Many believe opinions should be kept to themselves.  Scribner thinks otherwise.

“A lot of issues with turn out were people not believing we had power in our voice.  It’s important to share opinions. People will be people. Having social media has allowed those opinions to reach a larger audience.”

The star isn’t done yet. Though “Black-ish” has over 100 episodes, Scribner has other projects he has worked on.

“I voice a character in a new Netflix show called ‘She-Ra,’” described Scribner.

“It’s about a super dope princess and her squad of friends. I play a tech master, which is cool! We are called the Best Friend Squad. It’s a remake but reflects modern day social standards.”

You can catch Scribner on the upcoming season of “Black-ish” on ABC.