February 11: Nelson Mandela was released from prison after serving more than two and a half decades as a political prisoner, 1990 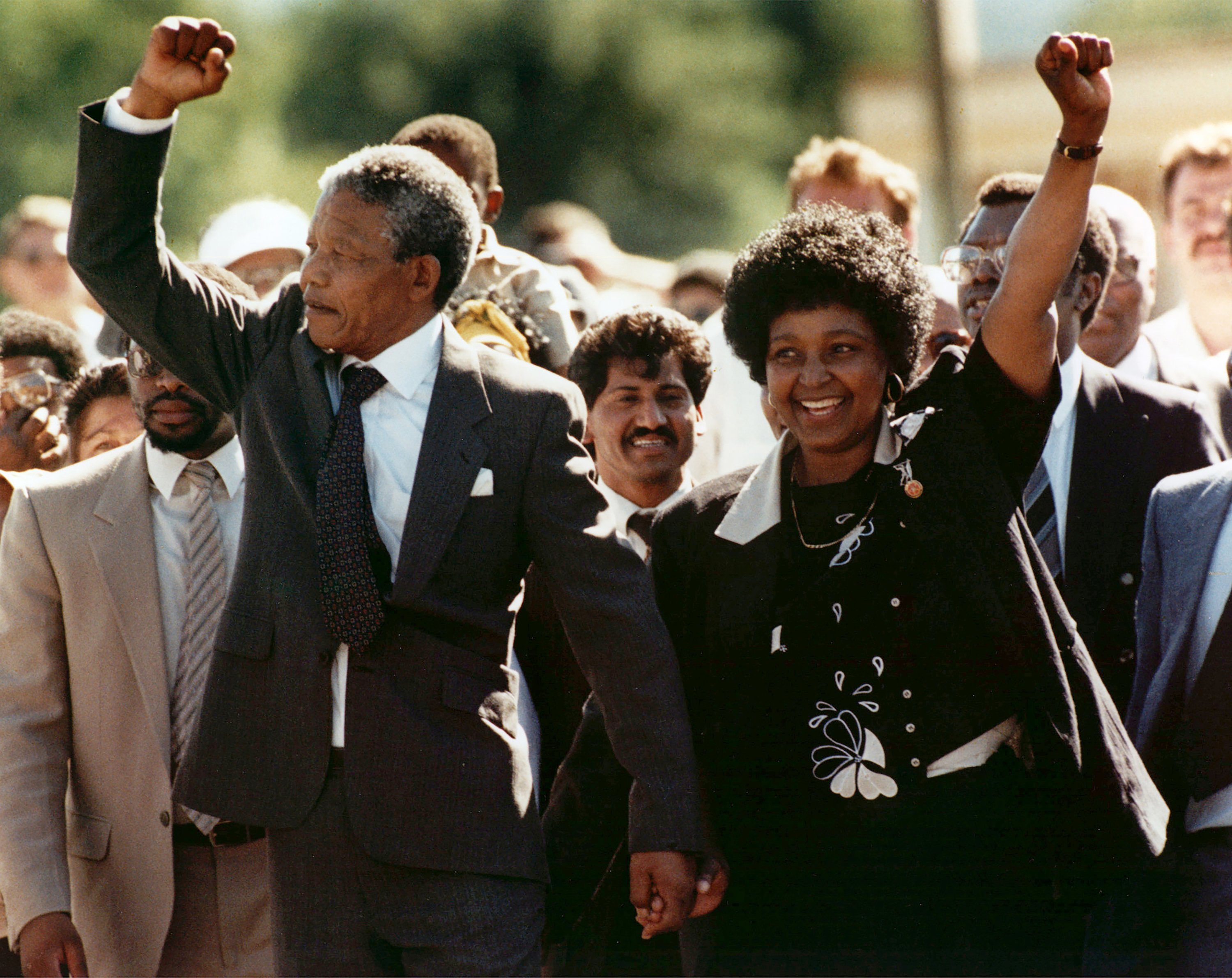 To mark the 30th anniversary of Nelson Mandela’s release from prison, a key event in ending South Africa’s brutal apartheid system of racial oppression, AP is republishing its coverage of Feb. 11, 1990.

Nelson Mandela walked through a prison gate to freedom Sunday, setting set off joyous celebrations and violent clashes as blacks nationwide welcomed their leader back from 27 years in jail.

“Comrades and fellow South Africans, I greet you all in the name of peace, democracy and freedom for all,” Mandela told tens of thousands of cheering supporters who thronged outside City Hall at twilight, many getting their first look at the African National Congress leader.

But he emphatically reaffirmed his commitment to the ANC’s guerrilla campaign and called for increased pressure to end white-minority domination – the same cause that resulted in his life sentence on charges of plotting against the government. He also reiterated that talks with the government cannot begin until it lifts the state of emergency.

“I stand here before you not as a prophet, but as a humble servant of you the people,” said the white-haired Mandela, who looked much more an elder statesman in his suit and tie than a guerrilla leader.

“Today, the majority of South Africans, black and white, recognize that apartheid has no future. It has to be ended by our decisive mass action,” he said in a rousing half-hour speech frequently interrupted by roars of “Viva!”

“We have waited too long for our freedom.”

Violence broke out about the same time Mandela’s motorcade arrived in Cape Town from Victor Verster prison and delayed his speech. Police said a black looter was shot to death by officers, and first aid workers said more than 100 people were injured when riot police fired shotguns after groups of black youths smashed shop windows in the city center.

Some youths retaliated by hurling bottles at the officers. Hundreds of terrified people waiting to hear Mandela ran for cover as police fired blasts of shotgun pellets.

Clashes between police and celebrating blacks were reported in at least two other areas, including the tribal homeland of Ciskei, where hospital officials said police shot three people to death and wounded 20.

In Natal Province, where ANC supporters have been feuding with a more conservative black group, police said 12 blacks were killed in factional fighting Sunday. It was a harsh reminder of the bitter feuds involving black factions who disagree on the best way to fight for equality.

Elsewhere, hundreds of thousands of blacks danced and jogged through the streets of big cities and impoverished townships, rejoicing at Mandela’s freedom.

“Very good news, very good news,” President Bush said after Mandela’s release. Bush said he telephoned Mandela, told him all Americans “were rejoicing at his release” and invited him to the White House. 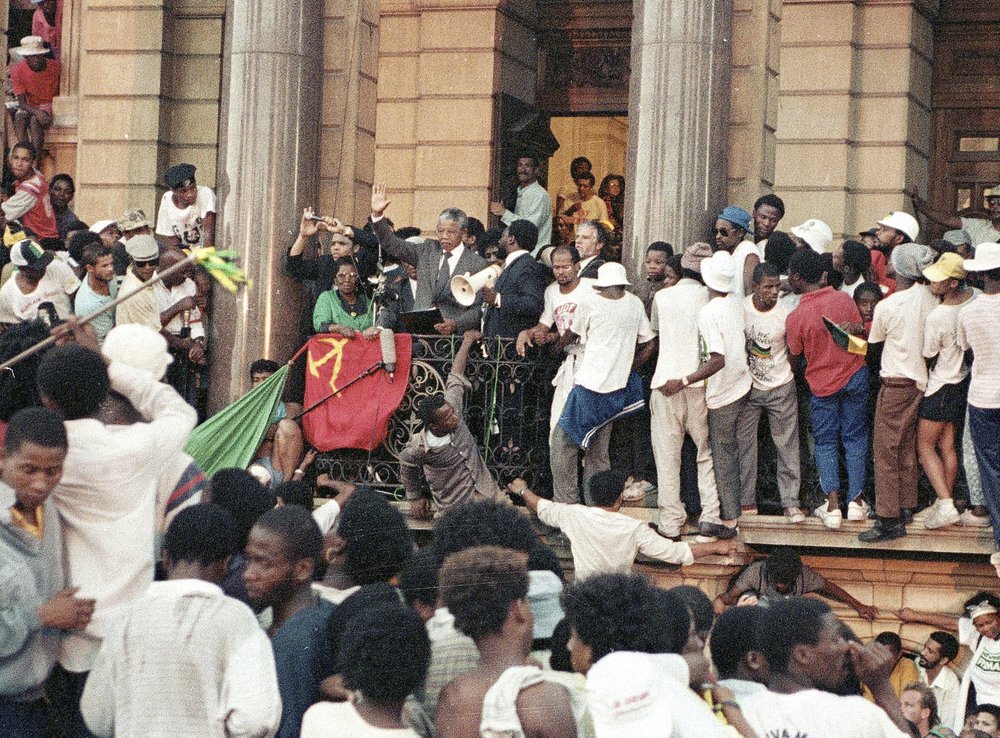 FILE – In this Feb. 11, 1990 file photo, Nelson Mandela, gestures as he addresses supporters at the Cape Town, South Africa City Hall after his release from 27 years in prison. Tuesday, Feb. 11, 2020 marks the 30 year anniversary of the release of the former South African president. (AP Photo/Udo Weitz, File)

The Rev. Jesse Jackson, speaking at a church service outside Cape Town shortly before Mandela was released, commended the South African government for making a “courageous step” but said “the pillars of apartheid remain in place.”

A thunderous cheer went up as the man who was the world’s most famous prisoner walked hand-in-hand with his wife, Winnie, through the gate of Victor Verster prison in Paarl, 35 miles from Cape Town.

Under a brilliant blue sky, the Mandelas gave clenched-fist salutes to the hundreds of supporters who had waited for hours outside, many of them waving green, gold and black ANC flags and wearing T-shirts emblazoned with a youthful image of Mandela.

Mandela appeared solemn and dignified as he and Winnie walked to a white BMW sedan and climbed in. He broke into a broad smile as the car set off slowly in a police-escorted motorcade.

The decision to free Mandela, after a prolonged international campaign on his behalf, was announced Saturday by President F.W. de Klerk. Eight days earlier, de Klerk stunned the nation by lifting a 30-year ban on the ANC and announcing other reforms aimed at clearing the way for black-white negotiations.

Government television, however, broadcast live Mandela’s exit from prison and later showed most of the ANC leader’s speech.

His elderly appearance probably shocked many South Africans, the majority of whom were born after Mandela was last seen publicly in 1964.

Mandela has clearly lost weight since the 1960s; both his face and his body are leaner than when he was a sturdily built boxer decades ago. At 71, his face is creased with two thick lines that frame his strong, confident smile. 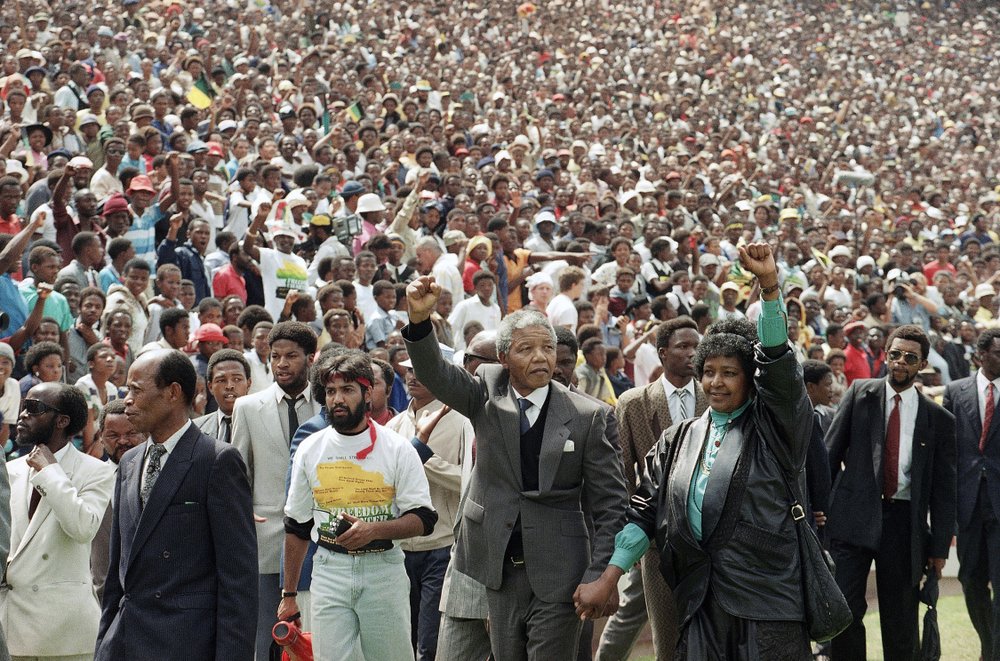 FILE – In this Feb. 13, 1990 file photo, Nelson Mandela and his wife, Winnie Madikizela-Mandela, gesture as they arrive at Soccer City Stadium in Soweto, South Africa two days after after being released after serving 27 years in prison. Mandela’s release set off joyous celebrations and violent clashes as supporters welcomed Mandela back from years in jail. (AP Photo/Udo Weitz, File)

Mandela in his speech called de Klerk “a man of integrity” who had gone further than any previous National Party leader in accommodating black political aspirations.

But he said further steps – including the lifting of the state of emergency and release of all political prisoners – must be taken before talks can begin. The ANC shares these demands.

Mandela was the last well-known political prisoner in South Africa. Six of his ANC colleagues who had been imprisoned for more than 25 years, including Walter Sisulu, were released in October.

In the mid-1980s, Mandela rejected offers to go free in exchange for a renunciation of violence. De Klerk abandoned this condition, although he said after meeting Mandela on Friday night that he believed the black leader was “committed to peaceful solutions.”

Zambian President Kenneth Kaunda, one of the South African government’s harshest critics, urged the ANC to suspend guerrilla actions in the wake of Mandela’s release.

But Mandela told the Cape Town crowd the ANC resorted to violence in 1961 as a “defensive action against the violence of apartheid,” and added, “The factors which necessitated the armed struggle still exist today.”

“We have no options but to continue,” he said.

He urged whites to “join us in the safety of a new South Africa. The freedom movement is a political home for you, too.”

Mandela, whose imprisonment included years of hard labor on windswept Robben Island in Cape Town’s harbor, told his family: “Your pain and suffering was far greater than my own.” 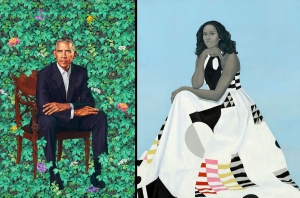 Black Fact of the Day: February 12 – Brought to you by Black365.com 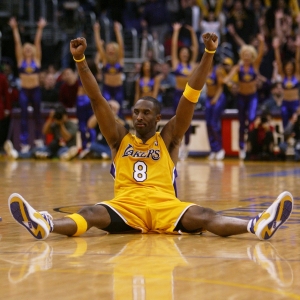 Black Fact of the Day: February 15 – Brought to you by Black365.com 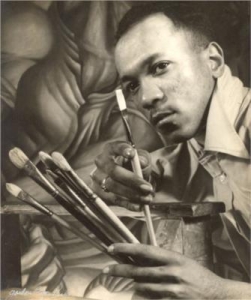 Black Fact of the Day: February 17 – Brought to you by Black365.com 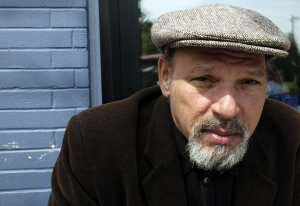 Black Fact of the Day: February 19 – Brought to you by Black365.com

Black Fact of the Day: February 22 – Brought to you by Black365.com

Black Fact of the Day: February 24 – Brought to you by Black365.com