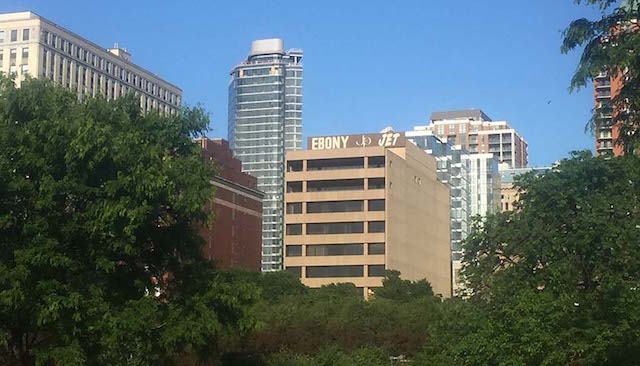 Downtown Chicago is set to explode with construction. In the next several years, the city that gave birth to the skyscraper will have a new look. A new generation of glitzy skyscrapers will sprout up all over the city, dramatically altering its famous skyline with bold new designs and soaring to greater heights.

The most fertile ground for the newest crop of high-rises is on South Michigan Ave., where, in the last several years, powerful developers have been harvesting plans to capitalize on one of the wealthiest residential districts in the city.

After intense meetings with residents and historic preservation officials, developers are moving forward with ambitious and jaw-dropping plans to plant mega-size buildings that would transform a relatively quiet residential district into a bustling neighborhood full of retail shops and post-new condominiums.

For developers, it’s a race to the top in a battle to build the biggest and best skyscraper as large as the ego of a high-powered business mogul.

Sitting amidst these dreams is a small, but well-known 11-story building that’s been vacant for nearly seven years. Known to many visitors around the country as the “EBONY/Jet building,” for decades, it was the corporate headquarters of the Johnson Publishing Company. In its glory days, it was the engine behind EBONY and Jet magazines that sat on millions of coffee tables in the homes of Black America. Once a proud symbol of achievement, the once Black-owned building still stands on one of the most prominent streets in America. It’s now empty and perhaps the most vulnerable building to hungry developers.

In several years, the EBONY/Jet building will be wedged between two fresh skyscrapers. To the north of it will be the 620-foot “Essex on the Park” skyscraper, which officially broke ground on Jan. 19. When completed, the skyscraper overlooking Grant Park and Lake Michigan will have 479 luxury rental apartments. The deal also includes rehabbing and expanding the neighboring Essex Inn Hotel to 271 guest rooms.

Two blocks south of the EBONY/Jet building will be an 86-story glass skyscraper that will resemble a stack of giant ice cubes. Reportedly named the Jahn Tower, it will have 506 units; 308 will be condominiums. There is the 515-foot tower at 1326 S. Michigan and the planned twin skyscrapers on Indiana Ave., which at 76 stories high, will be third tallest building south of the Willis Tower.

And this is just the South Loop. Skyscrapers are going up on the North Side, too.

As the city experiences a boom in new skyscrapers, the house that EBONY/Jet founder John H. Johnson built remains a decaying relic that’s up for sale as hungry developers push the limits of their projects into unchartered waters. The buzzards of urban progress are closing in while the EBONY/Jet building stands increasingly vulnerable to extinction as space grows tight on South Michigan Ave. and demands for bigger, stylish skyscrapers climb to greater proportions.

For the EBONY/Jet building, an edifice whose history and important contributions to Black America has inspired generations for decades, the warning signs are there.

With its EBONY/Jet marquee still beaming at the top, it’s a valuable piece of real estate that’s stuck in the past. Its uncertain future depends on what happens in the present, in trending neighborhoods and in corporate America, where big buildings are in and smaller ones are out. Sitting on prime real estate where the demand for multi-million dollar skyscrapers is showing no signs of slowing down, the EBONY/Jet building will meet the wrecking ball if developers seeking to make the next statement on Michigan Ave. have their way.

On Feb. 2, Mayor Rahm Emanuel announced that the building would be considered for preliminary landmark status by the Commission on Chicago Landmarks—a nine-member group that has granted similar status over the years to over 370 historic sites in Chicago, including the homes of writers Gwendolyn Brooks, Lorraine Hansberry and Richard Wright. The group’s latest move capped a month of researching and writing a preliminary report about the history of the EBONY/Jet building.

A member with the city’s Historic Preservation Division whose staff sits on the city’s Landmark Commission said the group could take up to nine months to decide whether the EBONY/Jet building should be an official Chicago landmark.

The commission has seven requirements for landmark designation. Some of the criteria require prospective buildings to have architectural, cultural historic impact on Chicago, the State of Illinois or the U.S. Another criterion says the building must identify with a person or persons who significantly contributed to the city, state or country. For landmark approval, a building must meet at least two of seven criteria, which the EBONY/Jet building seems to do.

If the EBONY/Jet building becomes a Chicago landmark, developers cannot demolish the structure. However, developers can remove the Ebony Jet sign that sits on top of the building since it’s not considered a feature of historic significance, a historic preservation staff member told the “Chicago Crusader.” Also, the interior of the EBONY/Jet building is not part of the designation because the art and furnishings were moved to Johnson Publication’s current home at 200 South Michigan where the company rents a floor. Developers can gut the interior and use the building for a different purpose.

The new owner of the EBONY/Jet building could receive tax credits that could help pay for construction costs that were spent on converting the building to a new purpose.

In 2016, the storied original “Chicago Defender” building at 3435 Indiana Ave., was restored 28 years after it was designated a Chicago landmark. However, the building in the city’s historic Bronzeville neighborhood remains empty. The Defender is now located on the city’s prominent Martin Luther King Drive.

While the EBONY/Jet building is important to Black history, there are questions about its age compared to other Chicago landmarks. Most Chicago landmarks were built in the 1800s, 1900s and early 20th century. While many are over 100 years old, the EBONY/Jet building has stood for only 46 years. It would be the “newest landmark” among the city’s historic structures. With landmark designation, the building will be harder to sell to developers who usually aim to tear down structures to make way for bigger ones, especially in high-profile areas like Michigan Avenue.

Without a buyer, the EBONY/Jet building could sit vacant for a long time as time and neglect takes its toll on the structure. Too small of an office building by today’s standards, the building will face heavy competition from the handful of residential skyscrapers that will be built just blocks away.

Located across from picturesque Grant Park, the EBONY/Jet building was built in 1971 for $8 million or $46 million by in today’s dollars. It was a stunning achievement for John H. Johnson, who became the only Black business executive on tony Michigan Avenue. An insurance salesman who worked at the Supreme Life Insurance building in Bronzeville, Johnson used his mother’s furniture for collateral to borrow $500 to build his media empire.

When it opened, then-Mayor Richard J. Daley closed Michigan Avenue as part of the festivities. Over the years, the who’s who of Black America passed through the building’s doors, from actress Diahann Carroll to boxer Muhammad Ali.

Designed by renowned Black architect John Warren Moutoussamy, the 110,000 sq. ft. building won praise for its bold colors and interior design. Today, the building still has a unique driveway that allowed Johnson to drive into the basement parking lot—a feature granted by then-Mayor Daley. In 1982, Johnson became the first Black man on Forbes’ 400 wealthiest Americans list. At one point in his life, Johnson had an estimated wealth of $600 million—a number much higher when adjusted for inflation.

Sources told the Crusader that a handful of developers were interested in tearing the EBONY/Jet building down before it was given preliminary landmark status. One interested developer wants to turn the building into residential apartments. In fact, one week before city officials announced preliminary landmark status of the EBONY/Jet building, they also announced that the Essex Inn Hotel would be given similar designation. In 2014, the Essex Inn was purchased by the Oxford Capital Group, which is rehabbing and expanding the hotel as part of a plan to build a skyscraper between it and the East-West University building that’s next door to the EBONY/Jet building.

Alderman Sophia King (4th) submitted the application to give landmark status to the EBONY/Jet building. When she was appointed interim alderman by the mayor last year, King inherited one of the city’s wealthiest wards and most diverse segments of the city.

The Crusader contacted King for comments for this story, but as of press time, the newspaper had not received a response.