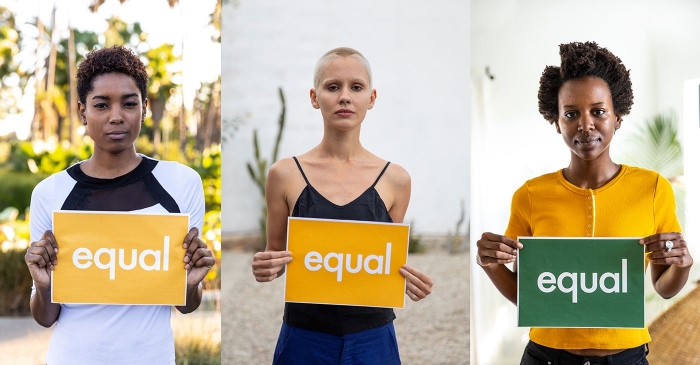 The impact of these disparities in-home appraisals can be sweeping, limiting homeowners’ ability to properly benefit from refinancing or re-selling their homes at higher valuations and thereby contributing to the already-sprawling racial wealth gap. (Photo: iStockphoto / NNPA)

President Joe Biden and Vice President Kamala Harris are stepping up their efforts to narrow the racial wealth gap.

Following the President’s visit to Oklahoma, where he observed the centennial of the Tulsa Race Massacre, the Administration announced it would reinvest in communities that failed policies have left behind.

Specifically, the Administration is expanding access to two key wealth-creators – homeownership and small business ownership – in communities of color and disadvantaged communities.

“The President has been and continues to be intentional in his actions to narrow the racial wealth gap,” administration officials noted in a media call.

Biden is the first president to visit the Greenwood District in Tulsa devastated by White supremacists who murdered more than 300 African Americans and decimated a thriving Black business corridor in 1921.

The Administration said Greenwood and areas around the country that have a high concentration of minorities would benefit from plans that include:

The Biden-Harris Administration is announcing additional steps to end discrimination and bias in the housing market.

“In his first week in office, President Biden issued a memorandum directing the U.S. Department of Housing and Urban Development (HUD) to address discrimination in our housing market.”

“Today, the Administration is announcing that it is taking critical steps towards realizing the President’s directive. HUD has now sent both its proposed rule on countering housing practices with discriminatory effects and its proposed interim final rule on the legal duty to Affirmatively Further Fair Housing to HUD’s Congressional authorizing committee in the Senate and the House of Representatives for review and will publish them in the Federal Register next week.

“These proposed rules will align federal enforcement practice with the congressional promise in the Fair Housing Act to end discrimination in housing and will collectively provide the legal framework for HUD to require private and public entities alike to rethink established practices that contribute to or perpetuate inequities.”

Additionally, the Biden-Harris Administration is taking on discrimination in home appraisals.

The White House pointed to a 2018 Brookings study that found that homes in majority-Black neighborhoods are often valued at tens of thousands of dollars less than comparable homes in similar – but majority-White – communities.

And the crisis is worsening, they said.

“The impact of these disparities in-home appraisals can be sweeping, limiting homeowners’ ability to properly benefit from refinancing or re-selling their homes at higher valuations and thereby contributing to the already-sprawling racial wealth gap.”

The effort will seek to utilize, quickly, the many levers at the federal government’s disposal.

These include potential enforcement under fair housing laws, regulatory action, and development of standards and guidance in close partnership with industry and state and local governments to root out discrimination in the appraisal and homebuying process.

“These are the kinds of policies and practices that keep Black families in Greenwood and across the nation from building generational wealth through homeownership,” administration officials stated.

Click here to view a White House Fact Sheet on all of the actions the Administration plans to take.