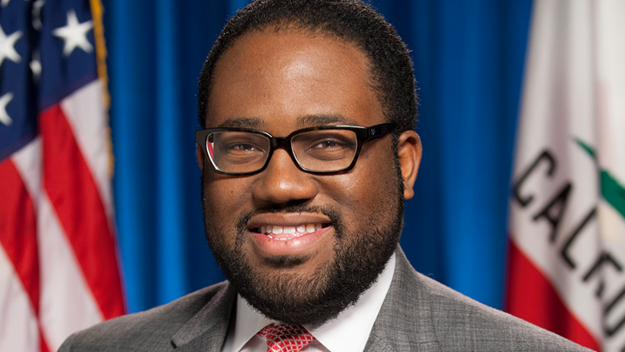 “When policy-makers say that someone has fallen through the cracks, we attempt to explain a situation as something that we cannot control. As an elected representative, it is my responsibility to identify those cracks, and propose responsible solutions to repair those cracks and ensure that they do not splinter again.

A good start in life begins with a solid education. In California and across the nation, many students show up to school facing difficulties not of their own doing. Parents, for better or worse, drop their kids off at school and it becomes the school’s responsibility to address those difficulties. These problems can stem from household problems, neighborhood factors, or school-site issues. And we know that mental health is one of the major problems that hamper—s— learning. In fact, the UCLA Center for Health Policy Research reports that in California three out of four children with mental health treatment do not receive treatment despite having health insurance.

Los Angeles Unified School District has taken steps to help address this with their almost two dozen School Mental Health Facilities and direct services provided by 300 professionals. Proposition 63, the Mental Health Services Act, has provided funding for school site Wellness Centers and Clinics. As Chair of the Assembly Select Committee on Mental and Behavior Health and Proposition 63 Implementation, I am pleased to see a new budget allocation this year for the creation of a statewide Office of School Based Health Centers. These facilities are a strong example of the kind of work that can be done when government declares a priority and takes steps to address an issue.

Mental health dovetails into another crisis in California. The issue of homelessness is closely linked to mental illness. Officials estimate that 30-40% of the homeless in California are suffering from mental illness. The population of California represents 12% of the nation’s population, but we are home to 20% of the nation’s homeless individuals. Since we began deinstitutionalization in California, we have left some of our most vulnerable loved ones without the care that they need. The burden is then on family members who in most cases do not have the necessary resources to care for their relative in distress.

We have a significant moral obligation to care for the mentally ill and there are pressing policy challenges facing lawmakers. In 2014, a terrible incident occurred in the 54th District that I have the privilege to represent in the State Assembly. A mentally ill individual wandered onto a highway, and a California Highway Patrol officer used questionable tactics to restrain her. The incident gained national attention, with the conversation being mostly about law enforcement conduct.

Poor policy decisions have forced the responsibility of caring for those suffering from mental illness onto law enforcement and emergency rooms. Law enforcement agencies have begun creating mental health response units, sending dedicated mental health professionals alongside responding officers to individuals in distress. If we are to prevent homelessness from continuing to rise across California we must provide the resources for the behavioral interventions and therapies that will help provide pathways to healing and care.

My commitment to improving the mental healthcare delivery system bore Assembly Bill 1300, which seeks to require greater access to care for those on psychiatric holds. —THE— California Legislature enacted and the Governor signed the Lanterman-Petris-Short Act (LPS) some 49 years ago. LPS was intended to end inappropriate and involuntary commitment to mental institutions while safeguarding individual rights. LPS requires individuals having a mental health crisis to be taken to a designated hospital that is equipped to properly diagnose and treat. Since 1995, California’s number of designated facilities has dropped from 181 to 138 while the number of designated psychiatric beds has dropped by 2,673. The state’s population has grown by 20% in this time, leading to excessive overcrowding of the state’s psychiatric beds.

AB 1300 would require all emergency rooms to accept patients on psychiatric holds. This would allow emergency room caregivers to expedite treatment and work more closely with the psychiatric care system. AB 1300 makes it possible for ER physicians to significantly impact community-based health care while still providing the best possible service for those in distress.

Legislative changes in the area of mental health are not easy. They are expensive and require building broad coalitions.  Mental health champion, —-former Senate President pro-Tempore and Sacramento Mayor-Elect Darrell Steinberg’s work in the —-Legislature made significant strides to end stigma in mental health policy. His Mental Health Services Act has worked to provide mental health care to millions of Californians and reduced the number of arrests and hospitalizations for those suffering from mental illness. It is in this tradition that we continue to push for dedicated homeless services revenue in California as well as reforming, modernizing—,— and improving our mental health delivery system. One such improvement is AB 1300.

The time to act is now. We risk stunting the growth of California’s economy if we continue to neglect mental health services and place an undue burden on law enforcement, educators—,— and emergency rooms. Let us hope that #BetterMentalHealth becomes a priority in California through agile policy, collaborative partnerships and strategic investment.”

Ridley-Thomas serves the people of South and West Los Angeles in the California Legislature. 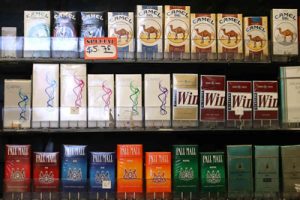