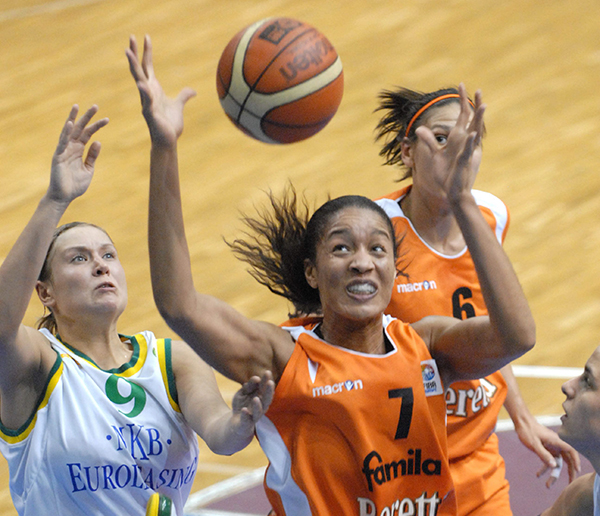 Bethany Donaphin, 7, of Schio of Italy and Olekszandra Gorbunova, 9, of Sopron of Hungary try to grab a rebound as Katja Munck, 6, of Schio looks on during their womens basketball Euroleague Group A 5th round match in Sopron, 208 kms west of Budapest, Hungary, Wednesday, Nov. 29, 2006. Sopron defeated Schio 86-41. (AP Photo/MTI, Laszlo Czika)

In her role, Donaphin will oversee all on-court basketball operations, including playing rules, scouting, scheduling and venue compliance.  She also will oversee the management of referee operations and the administration of player-related policies and programs.

The move comes after Rodriguez, who previously held the position, was promoted to COO last month.

“Bethany has played an integral role in the NBA Basketball Operations department over the past 20 months,” said Spruell.  “Her knowledge and passion for the game along with her strong business acumen will be invaluable as the WNBA enters its 22nd season.”

“I am excited to work with Bethany in her new role,” said Rodriguez.  “As the WNBA continues its growth, Bethany’s experience with both basketball and business will prove to be great assets.”

Donaphin was hired in September 2016 as Associate Vice President, NBA Basketball Operations, where she focused on career development for former players.  In addition to leading programs for retired players transitioning into the business world, she was involved in a variety of projects related to the game for the NBA, WNBA and NBA G League, including rules clarity and game reviewing.

“I’m looking forward to starting my new role with the WNBA,” said Donaphin.  “As a former WNBA player, I’m privileged to work with these world-class athletes and help showcase an exciting game for our fans.”

Before joining the league office, Donaphin worked at Deloitte from 2013-16 in its Strategy and Operations division, where she was a consultant for Fortune 500 companies.  Donaphin had previous experience with J.P. Morgan and Kraft through professional immersion programs, and completed internships with the NBA, ESPN The Magazine and the Walt Disney Company.

Donaphin played collegiately at Stanford University, where she earned a bachelor’s degree in public policy in 2002.  Donaphin received an MBA from the Wharton School at the University of Pennsylvania in 2012. 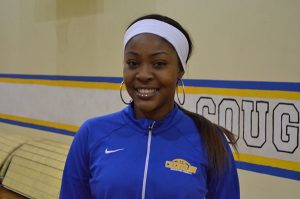 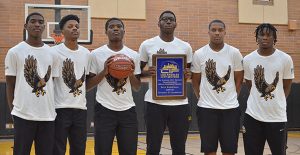