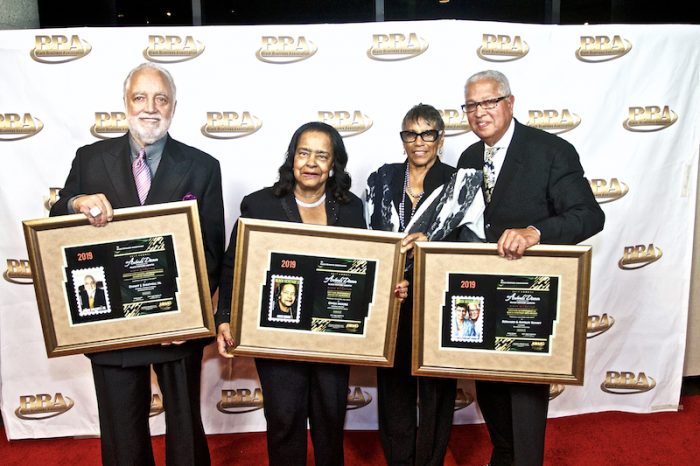 When ordinary people accomplish unbelievable achievements, they usually do so, with more heart than resources.  Their defiance and rebelliousness are key to their economic transformation.  Yet, through their personal gains and triumphs, they focus on uplifting communities.  And in doing so, they become our heroes in business. 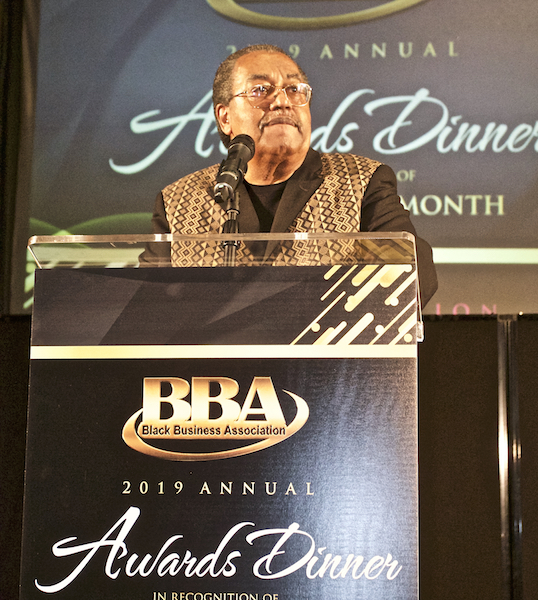 “This is not the end of Black History Month. It’s important that we celebrate history, and Black folks every day of the year.  It’s our legacy of Black folks that this nation’s foundation was built on,” said Earl “Skip” Cooper II, BBA president and CEO.  He was overwhelmed by the line-up of honorees chosen.

The event attracted community leaders, business owners and various members of society, eager to celebrate the immense accomplishments of these Black entrepreneurs.   This year’s theme was Black Migration.  The organization saluted community builders who have paved the way for and inspired successful Black entrepreneurs from around the world. 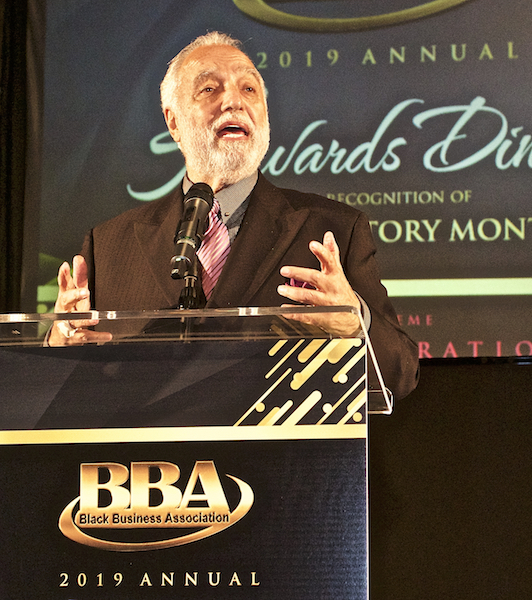 Bernard and Shirley Kinsey were awarded together because of their history of running leading businesses as partners.  Mr. Kinsey is a Los Angeles philanthropist and entrepreneur with a passion for African-American history and art of the 19th and 20h centuries. He and his wife, Shirley, have been called, “one of the most admired and respected couples in Los Angeles.” They received the Lifetime Achievement in Black Heritage Arts Award.   Mrs. Kinsey referenced their challenging but successful journey, migrating from the South to the West.  “And we did it without ‘Green Book,’” she said.  Mrs. Kinsey went on recognize those who paved roads before her.  “Tonight, we humbly accept this award, and those whose shoulders we stand on and whose voices we hear … you all are the answers to the prayers of our ancestors.” 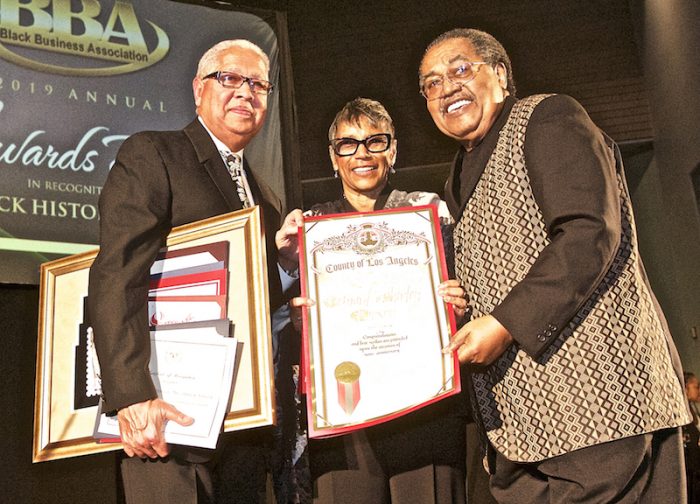 Mr. Kinsley shared that the dynamic business duo was celebrating 52 years of marriage.  “She is the best part of my day and night,” he said.  He elaborated on the balance of being married and business owners.  “You have to see the future together and that’s what we did.”  Kinsey urged the audience to keep Black dollars circulating in the community.

Danny J. Bakewell Sr., has fought, marched and protested for civil justice though out his life.  He is the founding member and current board chairman and former president and CEO of the Brotherhood Crusade and currently the executive publisher/CEO of the Los Angeles Sentinel and the chairman of Bakewell Media.  He received the Lifetime Civil Rights, Entrepreneurial Award of Excellence. He is the founder of Taste of Soul, the largest street festival west of the Mississippi, with over 350,000 attendees.

Mr. Bakewell praised Mr. Cooper for his leadership of the BBA and for creating the event.  He then mentioned working with his family as a highlight in his business career.  The man from New Orleans reflected on the award.  Whether shutting down construction sites because they weren’t hiring Black people or shutting down the Tournament of Roses parade for not having Black board directors, Bakewell fought for the improvement of Blacks in business and provided jobs and housing opportunities for thousands.

“I can’t believe people want to honor me for the things that I’ve done, when the things I have done are things I’m supposed to do,” he said.  “Black folks needed me at the time to provide some leadership and fill a void in our community.”  He urged attendees to honor the past but implored them to honor the current historical leaders in their own neighborhoods and families.

Gwen Moore, former legislator in the California State Assembly and now founder and CEO of GeM Communications Group, received the Lifetime Professional Award of Excellence.  She is responsible for numerous pieces of legislature that were passed during her tenure as a legislator and she was the first African American female elected to the Los Angeles Community College Board of Trustees. 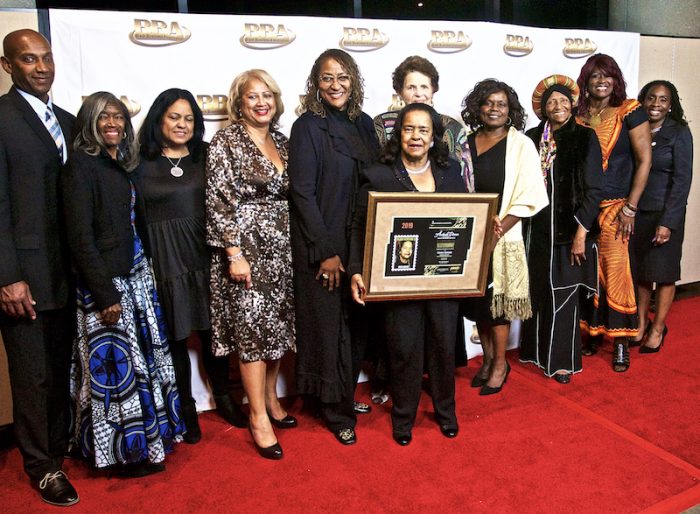 “When I was in the legislature, I got more bills signed into law than any other legislator,” she said.  Moore is also responsible for bills that forced large supermarkets to have restrooms and the California Lifeline Bill for people who couldn’t afford a cell phone or basic telephone service.  She thanked her fellow awardees and attendees for coming.   “Let me say, thank you to the BBA and thank you to all who came out.  We need more people to get involved because this is how we make a difference.  This how we make a change.”

“African Americans have made contributions that stand as a testament to their resolve, resilience, and courage. Over the course of our Nation’s history, African Americans have endured egregious discrimination and bigotry. They have, nevertheless, always been determined to contribute their earnest efforts to America’s greatness. This annual observance is an opportunity to remember the challenges of our past, but also to honor