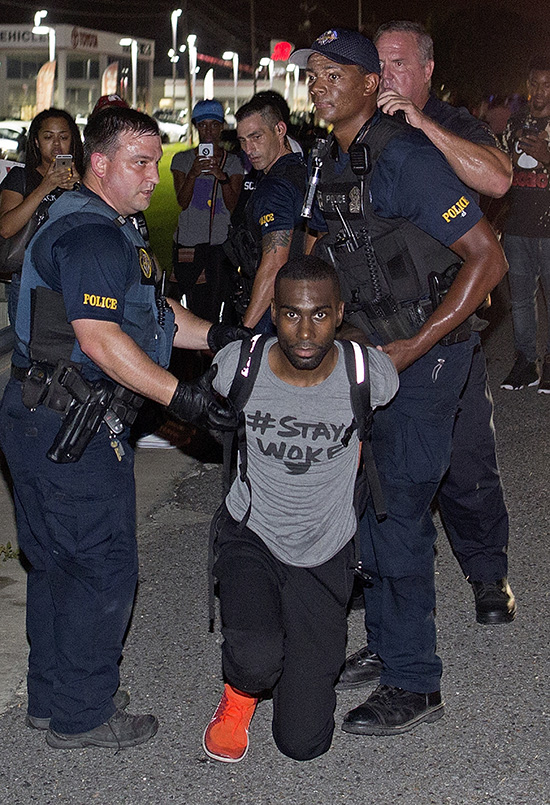 The Advocate reports that under the terms of the deal, the city government, the Louisiana State Police, the East Baton Rouge Sheriff’s Office and the district attorney’s office will pay no more than $25,000 each for a total of about $100,000.

Mckesson was among nearly 200 protesters arrested after Sterling, a black man, was shot July 5 during a struggle with two white police officers. His shooting death sparked widespread protests in the city about the treatment of black people at the hands of police.

The federal class action suit accuses police of excessive force and violating their constitutional rights to freedom of speech and assembly.

Louisiana Gov. John Bel Edwards has said the officers’ use of riot gear and weaponry was an appropriate response. The governor, a Democrat who comes from a family of sheriffs, also noted that a police officer had teeth knocked out by a rock during the protests.

Two of the 12-member council voted against the settlement, including John Delgado, who was furious at the payout.

“To me, this encourages that type of behavior to happen in the future,” Delgado said. “I have no interest in paying $100,000 in taxpayer dollars to people who are coming into our city to protest.”

But Parish Attorney Lea Anne Batson said the price is much smaller than what the city might have had to pay if only one of the 92 plaintiffs had been able to prove they’d been wrongfully arrested.

This does not end the legal drama surrounding the Sterling shooting and ensuing protests. The Department of Justice is still investigating Sterling’s death. And an unnamed Baton Rouge police officer who claims he was injured during one of the protests is suing Mckesson as well as Black Lives Matter.