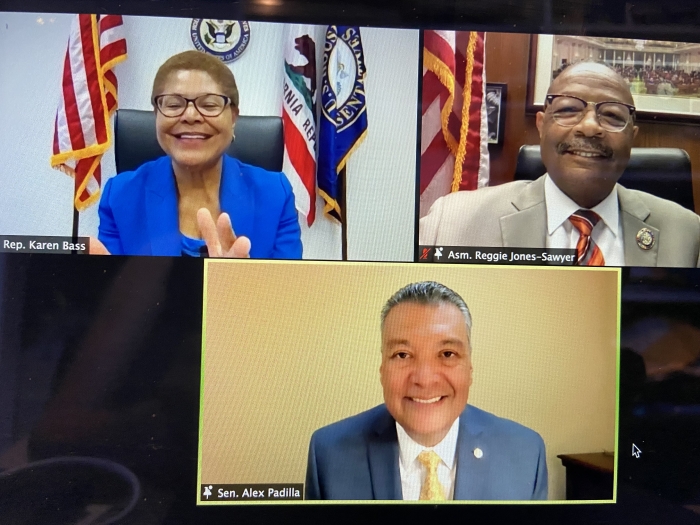 An array of timely topics were addressed at the “Fighting for Los Angeles” virtual town hall hosted by U.S. Congresswoman Karen Bass on July 13.  Joining her for the forum were U.S. Senator Alex Padilla and State Assembly Member Reginald Jones-Sawyer.

More than 1,000 people tuned-in for the Zoom event to hear first-hand the status of important legislation on the state and federal level. All three elected officials shared insight on diverse subjects such as the infrastructure bill, police reform, child tax credit and vaccine hesitancy.

“We’ve known Alex for a very long time as L.A. council president and California secretary of State, but now he’s in a much bigger role as a U.S. senator, so we want to hear from him. Assemblyman Jones-Sawyer has played such a leading role in the state legislature on criminal justice reform so we look forward to hearing from him as well,” said Bass in her introductory remarks. 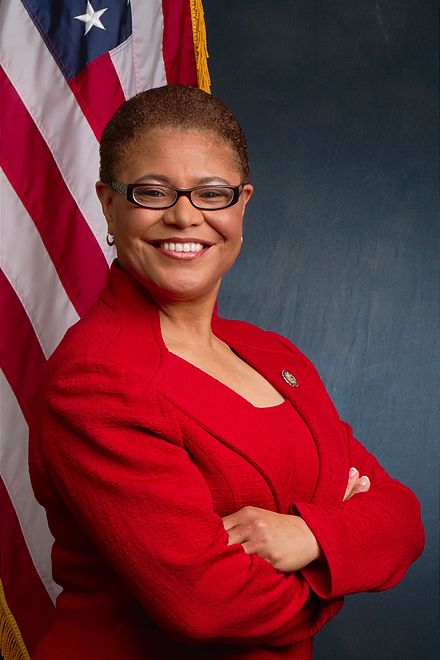 Padilla, who serves on the Senate’s Budget, Homeland Security, Judiciary, Rules, and Environment and Public Works Committees and chairs the Immigration Sub-committee, revealed that the bi-partisan infrastructure bill has made significant progress. “We have a deal, Congresswoman,” he said. “The Senate Democratic members of the budget committee got together with leadership and we’re going to have a $3.5 trillion plan that we’ll be announcing.

“What it really means is that we’re not just investing in infrastructure like roads and bridges, but also in jobs and American families in a way that emphasizes inclusivity and equity. Far too often in history, our communities have been left out. We (Black and Brown people) are going to be prioritized in this plan in terms of where projects are sighted, who gets the jobs and extending the child tax credit,” he said.

“It’s not the finish line, but it’s a huge big step. This infrastructure plan is a way to help our economy for decades to come,” Padilla stressed. 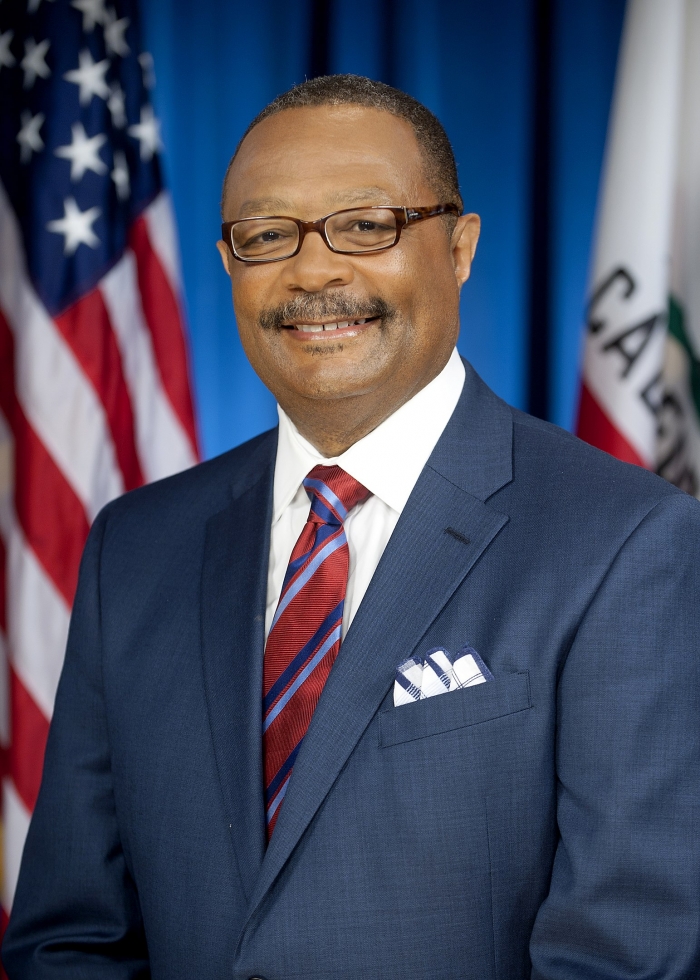 Applauding the news of investment in both physical and human resources, Bass said, “The idea that we’re putting this bi-partisan package together is really sweet justice because it brings us back to where we should be – putting people first.”

Another announcement by Padilla concerned the child tax credit, which he said people who filed a 2019 or 2020 tax return should receive a check starting July 15.  Families with children under six-years-old will receive $300 for each child and people with children between the ages of 7-to-18 will receive $250 per child.

“Even if you didn’t file a 2019 or 2020 tax return, you can still sign up for the child tax credit because you’re eligible for it if you have children,” insisted Padilla. 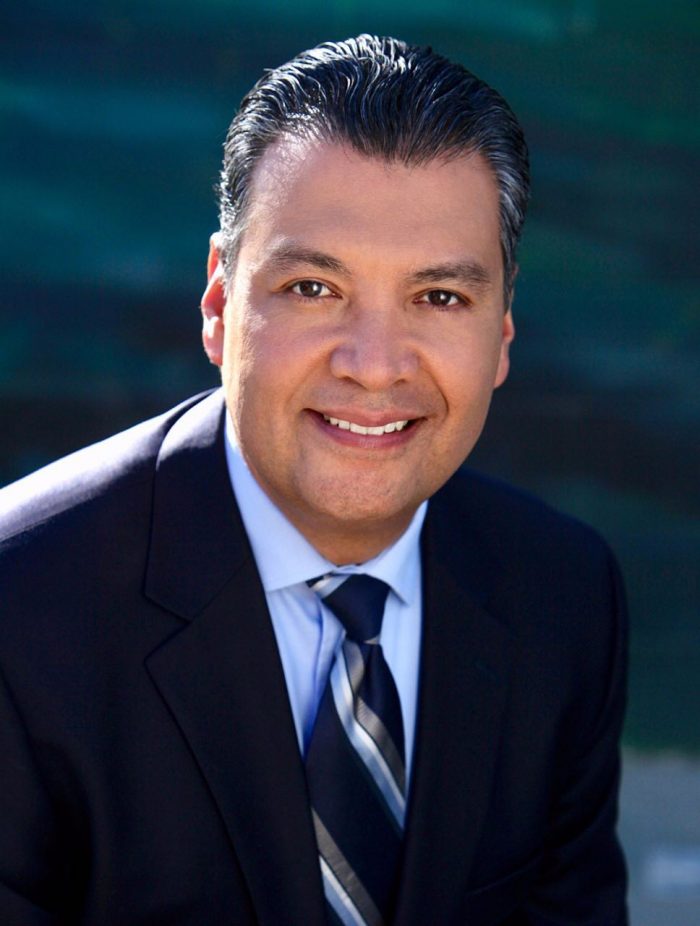 California Secretary of State Alex Padilla will be the 2019 commencement speaker at Santa Monica College (SMC). SMC’s 89th commencement ceremony will be held Tuesday, June 11 at 6 p.m. at Corsair Field on the college’s main campus.(Courtesy photo)

Jones-Sawyer spoke about the plans for the state’s historic budget surplus of more than $100 billion.

“Because of the surplus, we were able to put $30 billion in a rainy-day fund and pay off debt. It’s really because we started doing smart budgeting. We started by doing one-time monies instead of bloating the budget with ongoing costs and that has done us well until this day,” he said.

“In my district alone, I’m able to give Kedren Mental Health Center, which is located in South L.A., $30 million to upgrade their facilities, which had become dilapidated. Now, we can send homeless there and people with mental health problems there, even law enforcement officers with mental health problems can go right there in our own neighborhood,” noted Jones-Sawyer.

He added that a $15 million disbursement will go to UCLA’s Rev. James Lawson Labor Center for renovations of the building and millions more will be allotted to combat homelessness. In the area of housing, Jones-Sawyer imparted the good news that the state of California has designated $5.2 billion to aid renters and landlords adversely affected by the pandemic.

“Also, the state’s eviction moratorium has been extended to September 2021.  So, during the summer and into the fall, no one has to worry about being evicted during this time,” said the assembly member, who also chairs the Public Safety Committee.

In that capacity, he cited the committee’s passage of the Peace Officers Education, Age and Employment Act, which mandates that peace officers must be 21-years-old and complete classes, such as sociology, that highlight the importance of critical thinking.

“We want to bring in people that are better educated and more mature. Research shows that college-educated law enforcement officers have the lowest amount of police violence than anyone else. So, we want quality individuals, not just focus on the quantity of people,” explained Jones-Sawyer.

All of the legislators urged the audience to consider getting the COVID-19 vaccination. Commenting on the increase in vaccine hesitancy, Bass said, “I realize that the vaccine – just like any medicine you take – can have side effects. But, considering that hundreds of millions have taken this vaccine already, I consider it to be safe. It’s been in development for over a decade.

“Also, the hospitalizations and deaths occurring now are from people who are not vaccinated. I just hope people are not deterred by that. The African American, Latino and Native American populations are disproportionately affected and we have been dying,” she insisted.

As the town hall concluded, Bass added, “This has been an amazing hour and I hope we can do this again, but in person.”

To learn more about the California rental assistance program, visit https://housing.ca.gov/covid_rr. For information on the child tax credit, visit https://www.irs.gov/credits-deductions/advance-child-tax-credit-payments-in-2021.