It seems that around this time of year, Santa’s skin color isn’t important.

The only colors any child cares about is the red and white suit, accented with a big black belt and boots.

In 2016, Mall of America’s first Black Santa Claus broke the 24-year history of the mall having a Black man assume the role of jolly, ole St. Nick. His appearance went viral online, and the story was picked up by media outlets worldwide.

The Baldwin Hills Crenshaw Plaza (BHC) has a long legacy of having Black Santas during the holidays. In the past decade, two men with big hearts have taken on that role: Langston Patterson and David Hendrix. 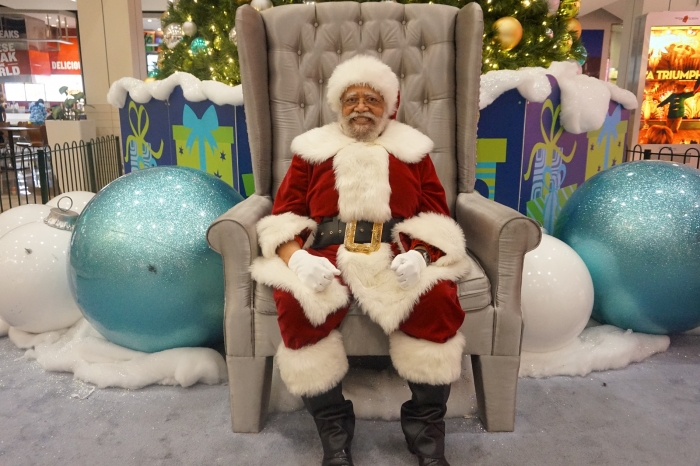 A 2017 photo of the late Langston Patterson, who played Santa for over a decade at the Baldwin Hills Crenshaw Plaza. Photo by Brian W. Carter/L.A. Sentinel

Patterson had been Santa Claus at BHC for over a decade. He had become one of the most popular African American Santas and a mainstay.

“I enjoy making them happy and giving them hope, and then I’m giving something back to the community too,” said Patterson in a 2014 interview with the L.A. Sentinel about being Santa for kids in the South Los Angeles community.

“I’m having my own Christmas—this is my Christmas.”

Patterson was born in Houston, Texas, but grew up in L.A. and was a local resident of the Crenshaw District. He worked as a computer programmer and technician for two decades and shared how became Santa Claus.

“They gave me the job in 2004,” stated Patterson. “I was sitting down here in the [Baldwin Hills Crenshaw Plaza]… and one of the associates asked me did I want a job playing Santa.”

Patterson donned the red suit, black boots and red hat until he passed away a couple of years ago. He will be missed but lives forever in countless photographs he took with youth in the community. He loved being Santa Claus and looked forward to taking pictures with children.

In 2018, Hendrix continued the tradition of Black Santa and making memories with children who wanted a picture with Santa through Cherry Hill Programs. 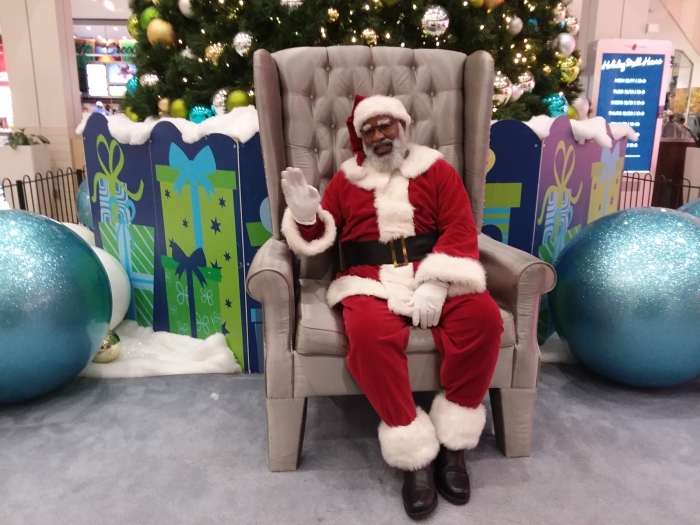 “I love it, I love it,” stated Hendrix. “It was way out of my comfort zone… [but] after about the fifth kid came and got on my lap, well, the rest is history.

It’s that time of year again and Santa Claus is back at BHC this year, thanks again to Cherry Hills Programs—it’s not to late to get the kids Christmas list to Santa!