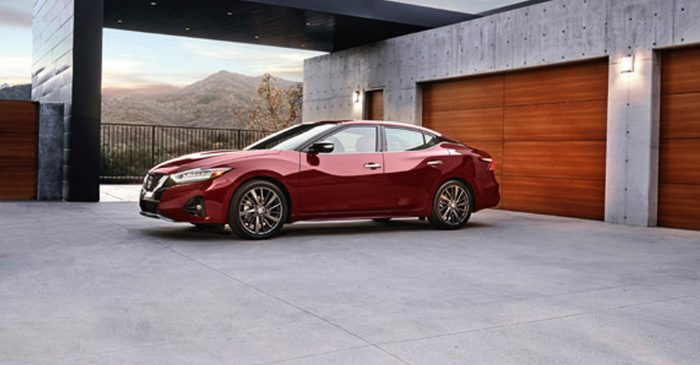 Nissan has invested more time and money into the development of CVTs than most automakers. It shows on the Maxima.

The 2019 Nissan Maxima is not your average family sedan. Other than four-doors that may be where the similarity ends. It has the feel and the performance chops of a full-fledged sport sedan.

Where to begin? It lacks the conservative styling of most middle of the road large family sedans with styling designed to offend no one and appealing to even less. This car had an angular style that generated love it or loathe it responses and was unapologetic. The Maxima was no go along to get along sedan.

Nissan’s flagship was quite a figure with its 19-inch diamond cut wheels, large boomerang shaped LED headlights and an oversized V-motion grille. The Maxima had a new front fascia a revised rear fascia with LED taillights and integrated quad-tip exhaust finishers, the dual exhaust was made to look like a quad exhaust.

It had a low stance. The lines were meant to evoke the image of a jet fighter. The doors had deep scallops. Blacked out A-pillars enhanced the floating roof appearance. Combine that with blacked out B- and C-pillars and you get a wraparound canopy look. The test vehicle had a dual panoramic roof with the front panel being retractable and the rear panel fixed.

Under the hood was a 3.5-liter V6 that made 300 horsepower. It was mated to an Xtronic transmission. That is a continuously variable transmission with manual shift mode as well drive mode selector, it could be put in sport.

Nissan has invested more time and money into the development of CVTs than most automakers. It shows on the Maxima. Gone where the bugaboos like the drone and what seemed to be slow response time.

Clearly the downsides of CVTs were gone. That left the upside. The Maxima had an EPA rating of 20 mpg in the city, 30 mpg on the highway and 24 mpg combined. That is pretty good for a 300-horsepower sedan.

This powertrain provided some exhilarating driving. Acceleration was impressive, cornering was good, and the suspension soaked up imperfections in the road. The cabin was quiet, and the instruments were laid out in such way that it wasn’t necessary for the driver to reach for anything.

The Maxima had a driver focused interior. All of the instruments were pointed at the driver. Even the center stack was slanted in the driver’s direction.

The test vehicle was equipped with the Platinum Reserve Package. It featured tan semi-aniline leather appointments. The package interior also had Satin Bronze faceted interior finishers, tan steering wheel insert for a two-tone appearance and heated rear seats.
The leather was quilted; it was plush and really rivaled the inside of most luxury sedans. It was close by not in an uncomfortable way, it was snug. It really did feel like a cockpit.

The leather was soft, there was stitching throughout and the interior was modern but there were buttons where needed, like the audio controls. The back seats were heated. There was plenty of headroom and hip room. Three people could sit abreast but I don’t think full size adults would be comfortable.

This Nissan Maxima had push button start and stop as well as lock and unlock. Now that I think about it, the car was equipped with one of the best overhead cameras that I’ve run across. It had a power tilt and telescopic steering wheel. 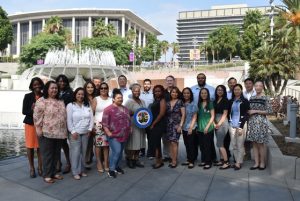 Reparations Must Include the Costs of Predatory Lending New University Stud... 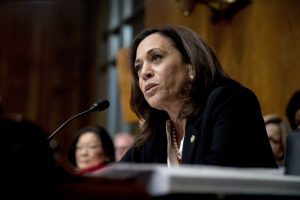