{“Purging The World With His Winnowing Fork” Part 1}

In ancient times, the LORD sent prophets to announce prophetic oracles to kings, elders, scribes, priests and the people as a whole. These prophetic messages were awesome, difficult to hear and sometimes the hearers could not imagine them coming to pass. More than that the people oftentimes did not believe the oracles, because the people were so set in their ungodly ways of doing things, it was unimaginable for them to make changes. Their terrible, destructive ways were engrained in their hearts, minds and habits. But, the prophets were undaunted with no fear of delivery and did not falter or change the message. The oracles from the prophets were rooted in God’s commissions and they were speaking only what God had told them to speak, the truth and were written to be heard then and for the long term future. In introduction to the Book of Jeremiah 1-3 we find Jeremiah has been called by the LORD. He does not readily accept the calling and responds to the LORD that he is “just a boy.” The LORD corrects him and reenforces that whatever he may be thinking or being doubtful about, Jeremiah 1:6-8, “wherever I send you and whatever I say for you to say, you must do that. Have no fear of those who want to frighten you and threaten you to give up. In essence the LORD says, fear not. I will be with you and I will deliver you.” Jeremiah is a divine messenger “an assayer, a tower and a fortress among my people and you may try their ways.” He was sent by the LORD, who tells him in Jeremiah 6:27-30, “You are made an assayer—a refiner to my people. You are to test them because their actions have caused me to reject them. (They do not listen.) They are stubborn and defiant. Even the smelter smelts in vain and to no purpose. And the dross is no good.” Isaiah says it a little more clearly, “Isaiah1:25 “I will smelt out the dross as with lye and remove all slag. I will purely purge (refine) away the dross—take away the tin (slag). This means there will be a complete purging due to the disobedience of the people. Although this message is immediately addressed to Jerusalem, the message is relevant to us today. In Jeremiah’s Temple Sermon (Jeremiah 7:1-10:25) The LORD spells it (the purification process) out so clearly there would hopefully be a turning back to Him and stop worshipping false gods. He says if you listen to me I will let you dwell in the land. Mend your ways. What were some of the things they were doing that got the LORD so upset? —He told them: execute justice between each other; do not oppress the stranger, the orphans and the widows; do not shed the blood of the innocent; do not follow other gods. This is to your own devastation. He says, “I will do the same as in Shiloh. He will cast them out of His presence just as I did with Ephraim. In Jeremiah 7:17, He says you are making cakes to the Queen of Heaven; the children gather sticks, the fathers build the fires. The children were being sacrificed in the fire. And they set up their horrific acts in the House called by His name! How bad is that? Remarkably, the LORD would warn and give another opportunity to mend their ways. But God would no longer tolerate their wickedness and has to show His hand as a loving God because He did not want their souls to go the Hell. Through these sacrifices they filled His House built for His Name with the blood of the innocent. He tells Jeremiah to “smash the jug” (Jeremiah 19:10) in their presence which signifies their ultimate ruin. Listen my friends, acquaintances and all those who have the courage to change things for the better. It is time to turn around. Things can change so drastically, so suddenly and so very devastatingly, that it will be different suddenly. One says, “What shall we do?” Remember that THE LORD is really in charge. He has allowed these terrible things to come upon us: diseases, murders, hatred between each other, sacrificing the lives of the helpless, babies, old people, denying children their education, serving gods. You can think, “How am I serving other gods?” When we put anything over and above The God Almighty, it is against Him and he will hold us all accountable for our own actions. Thanks for reading. Jeanette Grattan Parker is Founder-Superintendent of Today’s Fresh Start Charter School:4514 Crenshaw BL, LA 90043 323-293-9826 www.todaysfreshstart.org

Ask Dr. Jeanette® Success On “The Way”: “Purging Fear, Doubt and In... 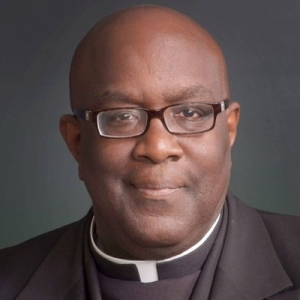 Policymakers should support policies that make it more affordable for every... 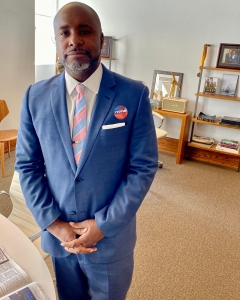 Why Redistricting Matters to You