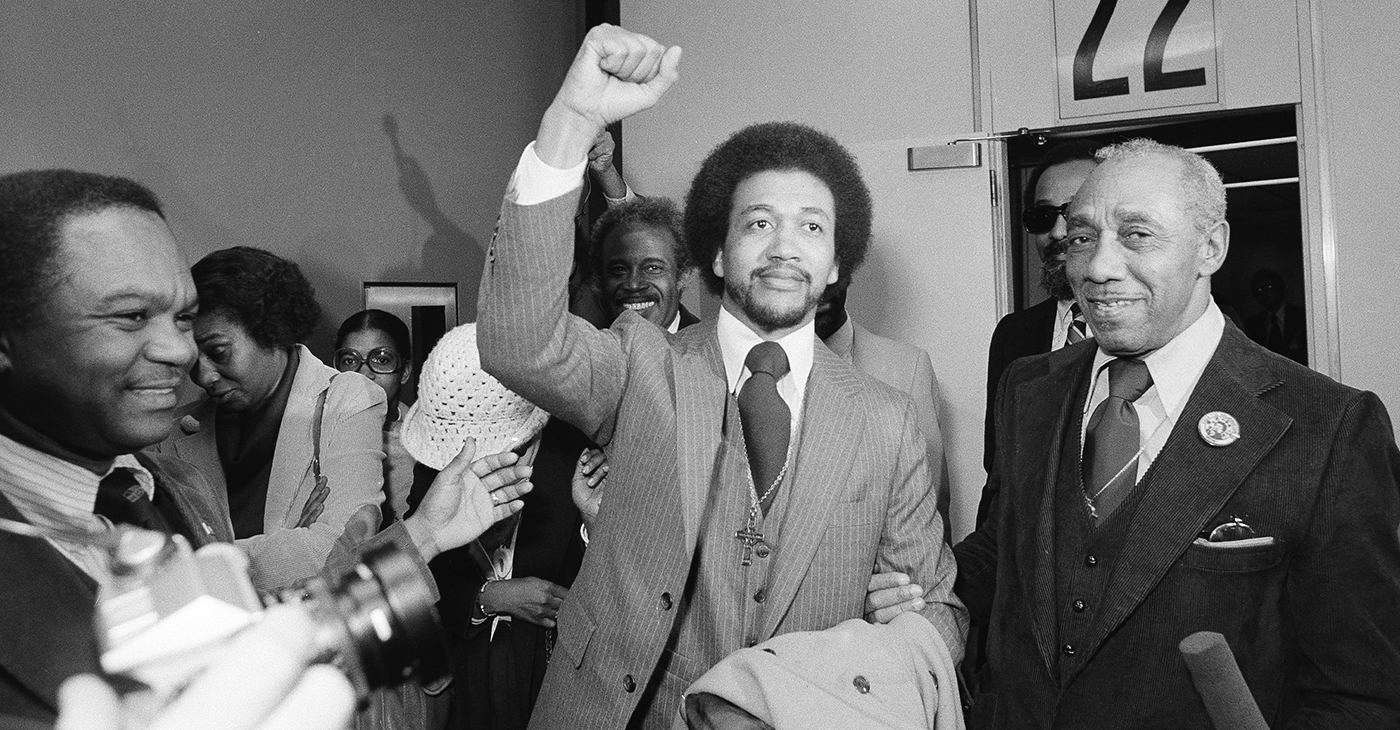 “One of the most pernicious forms of racial discrimination and injustice in the United States criminal justice system is the racially-motivated use of prosecutorial peremptory challenges during the jury selection process,” said Dr. Benjamin F. Chavis, Jr., the president and CEO of the National Newspaper Publishers Association.

“Black Americans and other people of color are systematically removed from juries by prosecutors because of their race and skin color. I define this prosecutorial behavior as judicial preemptory racism,” Chavis said.

And, as one of the legendary Wilmington 10, Chavis has unique insight.

In 1972, Chavis, who is an icon in the civil rights movement, and nine others were falsely accused and convicted of arson in Wilmington, North Carolina, after a white-owned grocery store was set ablaze during race riots that followed a police officer’s fatal shooting of a black teenager.

Three of the state’s main witnesses later changed their testimony and, in 1980 — eight years after their sentencing — Chavis and the others were freed when the 4th U.S. Circuit Court of Appeals in Virginia threw out their convictions. In overturning the convictions, the Court noted that perjury and prosecutorial misconduct were factors in the original verdicts.

Rev. Dr. William Barber, President of the North Carolina Chapter of the NAACP, and the founder of the Moral Mondays Movement, told reporters that notes taken by former Pender County prosecutor Jay Stroud showed that he lied to a judge to get a mistrial so he could pick another jury in the Wilmington case – he then used a race-based strategy during jury selection.

While the Wilmington 10 defendants were eventually exonerated, their case is just the exception and not the rule when it comes to addressing outcomes resulting from commonly practiced (and currently legal) race-based strategies associated with the use of peremptory challenges to strike jurors.

Demleitner’s colleague and law professor, Ronald Wright, recently wrote an opinion column headlined: “Yes, Jury Selection is as Racist as You Think, Now We Have Proof.”

The only cure for replacing the veiled racism associated with “colorblind” [juror selection] practices is to remove the blinders, said Dr. Lorenzo Morris, a professor of Political Science at Howard University.

“The assertion that there is no substantial differential racial impact in jury selection, however well intended, has been largely discredited by research and diminished by detached observation,” said Dr. Lorenzo Morris, a professor of Political Science at Howard University. “Still,” he said, “the probable remedies are not easy to implement.”

“Removing the blinders effectively means becoming somewhat color-conscious in the evaluation of jury selection practices,” Morris said. “Preemptive removal of jurors based on latent or disguised racial bias leaves telling trace elements in its impact that can be measured.”

“One can look for the creation of judicial standards in the courtroom that would compel a second look at juror eliminations that substantially distort the demographic composition of the remaining jurors, making their composition much less like any typical group of their peers in the larger community,” Morris continued.

“Once prosecutors have eliminated black jury prospects, fearing for example that they might be too sympathetic to the accused, there is no likely return to balanced perspectives by choosing from the remaining, and disproportionately white, prospects,” Morris said.

It’s no wonder that the accused suffer greatly, as is obvious from their loss of not just their educations and careers, but they often become isolated from friends and sometimes family as well, said Cynthia P Garrett, the co-President of Families Advocating for Campus Equality – or FACE, a group that fights for those wrongly accused of rape and sexual assault on college campuses.

“In the campus context we have seen over a thousand accused students mostly devastated, despondent and some suicidal. The majority admit to having considered suicide and a few have been successful,” Garrett said.

“I found it both interesting, eye opening, and very sad that regarding her son’s false accusation, a black mother told me ‘It’s just more of the same for us.’

“I also was alarmed that the black caucus in Congress refused to get involved with the railroading of black and other minority students on campus, because they are aligned with the women’s movement. These issues are not mutually exclusive,” she said. “What I see happening in the U.S today is the abandonment of men and men’s issues in general, and black men and minorities in particular.

“Other countries like the UK and Australia have developed men’s initiatives because they see how men and boys are falling behind at all levels of education. Meanwhile, the U.S has done absolutely nothing to resolve what is becoming a national crisis.”

The trials of the Wilmington 10, Bill Cosby and even George Zimmerman, are but a few examples that are leading many legal experts to question the use of racial peremptory challenges.

“In 2013, the potential biases of juries were writ large for some of us as we saw interviews with Juror B37 in the aftermath of George Zimmerman’s trial for killing the black teen, Trayvon Martin, a trial that was discussed prominently in the media,” said Dr. Riché Richardson, a Public Voices and Mellon Diversity Fellow and associate professor of Africana Studies and Research Center at Cornell University.

“Her references to him as “Georgie,” along with her claims that she believed that his ‘heart was in the right place,’ were a sobering and shocking indicator of how much the politics of race can shadow juries,” Richardson said.

“Justice is often presumed to be blind, but many people know better. In this area, it will be increasingly important to do better.”

Scene from the 1957 film, 12 Angry Men, A hot, muggy New York City… Twelve white-male jurors try to reach a verdict in a murder trial — a case involving a Puerto Rican teenager from the slums who is accused of knifing his father to death. Eleven jurors agree that the defendant is guilty…but one man, believing the boy is innocent, sets out to convince the other jurors he’s right by building a case for acquittal. Based on a television play by Reginald Rose. (YouTube)