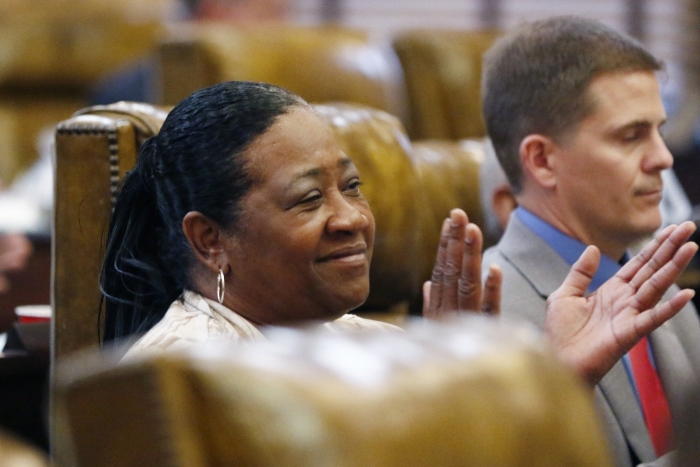 Mississippi legislators imposed no new limits on the election process during their recently ended session, but this state already had some of the strictest voting laws in the U.S.

Widespread early voting? Not in Mississippi. This state has a limited number of reasons for people to cast absentee ballots.

Some states have drop boxes where early voters can leave their ballots. Mississippi does not have drop boxes, which means people mailing back absentee ballots have to deal with the uncertainties of the U.S. Postal Service.

Mississippi requires absentee ballot applications to be notarized. Critics say this is burdensome for college students and others who will be out of town on Election Day, because they have to find a notary.

Republican Lt. Gov. Delbert Hosemann, who spent three terms as secretary of state, said in interview at the end of the legislative session that he would oppose any effort to remove the notary requirement for absentee ballot applications.

“One of the things it is not burdensome on is ballot harvesting,“ Hosemann said. That is the practice of collecting and returning absentee ballots for multiple people.

Some states emphasize voting by mail, automatically sending ballots to people who put themselves on a list of permanent absentee voters. Mississippi does not, and Republicans who control the Legislature are unlikely to change that.

The current secretary of state, Republican Michael Watson, said during a March 26 interview on WLOX-TV that he opposes any move by the federal government to set new rules about voter registration or mail-in voting.

Watson’s comments have come under broad criticism, including from Democratic former Mississippi Gov. Ray Mabus, who responded on Twitter: “His talking points are from 1950s. Slightly updated. Literacy tests anyone?”

Literacy tests were outlawed by the federal Voting Rights Act of 1965. The tests could include impossible questions like how many bubbles are in a bar of soap, and they were among the discriminatory measures that Mississippi and other Southern states used to suppress Black voting.

A Democratic state lawmaker, Rep. Hester Jackson McCray of Horn Lake, announced as the legislative session ended that she is leading an effort to let Mississippi voters decide whether they want early voting. She is sponsoring an initiative that would allow people to vote at least 10 days before an election at the offices of circuit clerks or municipal clerks and at other qualifying polling sites.

Current Mississippi law says absentee voting is available for anyone 65 or older, or for voters of any age who are permanently disabled or will be out of their home county on Election Day. People who have to work on Election Day when polls are open also are allowed to vote absentee.

Legislators tweaked the law in 2020 with temporary provisions to allow absentee voting by someone with a temporary or permanent disability that may include “a physician-imposed quarantine due to COVID-19” or by a person caring for someone in that circumstance.

Getting an initiative on a statewide ballot is challenging. Petitioners must gather more than 100,000 signatures from registered voters. It’s worth noting that most initiative organizers fail to get enough signatures. And even if the petition effort is successful and an initiative gets on a ballot, there’s another big pitfall. Legislators are allowed to put another proposal dealing with the same issue on the same ballot _ and that can lead to confusion among voters.