America’s nagging racial wealth gap has been the focus of many research reports and economic policy debates. Now new research analyzes the strong connection between disproportionate wealth and financial services and products that are either shared or denied with consumers of color.

Authored by the McKinsey Global Institute (MGI), The economic impact of closing the racial wealth gap, identifies key sources of the nation’s socioeconomic inequity with its accompanying racial and gender dynamics along with family savings, incomes, and community context.

“Black families are underserved and overcharged by institutions that can provide the best channels for saving,” states the report. “For instance, banks in predominantly black neighborhoods require higher minimum balances ($871) than banks in white neighborhoods do ($626). Unsurprisingly, 30% of Black families are underserved by their banks, and 17% are completely disconnected from the mainstream banking system because of a lack of assets and a lack of trust in financial institutions.”

Additionally, according to the MGI report, the nation’s overall economy is affected by racial wealth gaps, estimating that between 2019 and 2028, the cost of economic losses to the general economy will be in the range of $1.0-$1.5 trillion.

Black America’s “racialized disadvantage” was created through historical forces – including private business practices and public policies that together advantaged white consumers while often excluding or relegating Black Americans. For example, the National Housing Act of 1934 limited housing options for Black Americans by assigning a D-rating to neighborhoods in general decline and occupied by lower-income residents.

Fast forward to more recent times, the Federal Reserve in 2017 found that Black consumers are 73% more likely than Whites to lack a credit score due to “credit redlining.” This term refers to where a consumer lives to be the central determining factor in whether to approve credit, rather than the actual credit profile.

Among the MGI report’s other key findings are that:

Black Americans can expect to earn up to $1 million less than white Americans over their lifetimes;

“This study represents a critical look at the key components of wealth-building: access to community and family assets, ability to save, access to homeownership and availability of good jobs,” said Tom Feltner, Director of Research with the Center for Responsible Lending (CRL). “At every step it points to a widening racial wealth gap between Black families and White families.”

“With today’s Black homeownership rate hovering around 40%, while 73% of similarly situated Whites own their homes, access to responsible mortgages remains more of a dream than a reality,” added Keith Corbett, a CRL EVP. 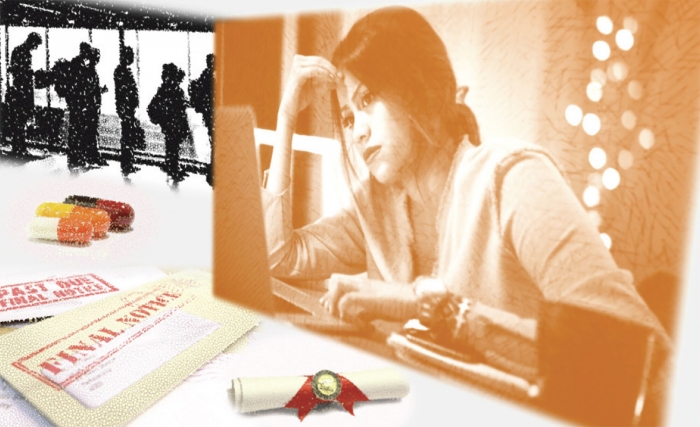 When student loan debts and criminal incarcerations are factored into the racial wealth divide, an even more bleak scenario is disclosed.

“Incarceration is estimated to reduce annual wages by 40% — not including the lost wages during the time served – for the formerly incarcerated,” states the MGI report, “reduces their economic mobility, and even increases the risk of school expulsion six times for their children….[B]lack men without criminal records are actually less likely to receive job interviews than are White men who have criminal records.”

For Black women, gender brings a dual “wage penalty,” according to the report. Median earnings for Black women are only 65% as much as those earned by white men, and 89% of median earnings for Black men. Black women typically borrow more in student loans, so their lower earnings bring stronger financial challenges in repayment years. As a result of these and other factors, the median wealth of a single Black woman is only $200, while that of a single White man is $28,900.

Both male and female Black college graduates are prone to support their families more so than their White college classmates. The financial assistance shared with older family members reduces the amount of disposable dollars that might have contributed more to paying down student debt or beginning financial investments like mutual funds or certificates of deposit.

“Education, while quite beneficial to those who attain it, is not an equalizer,” said Aracely Panameño, CRL’s Director of Latino Affairs. “And financial innovation and debt, even if well underwritten, can never undo historical racial discrimination that results in financial marginalization. Moving forward this situation can only be addressed through bold federal and state laws and policies that create equity of opportunity for all.”

Authors of the MGI report would likely agree.

“A number of simultaneous and mutually reinforcing initiatives will likely be necessary,” states the report.

“This work will be neither simple nor easy, but targeted, productive efforts will likely strengthen the economy, increase economic and social equity, and improve the quality of life for families.”

Will You Answer the Call for Moral Revival?

Are You Minding Your Manners? 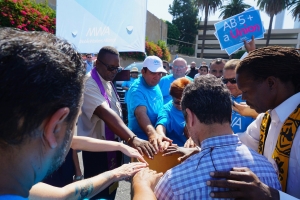