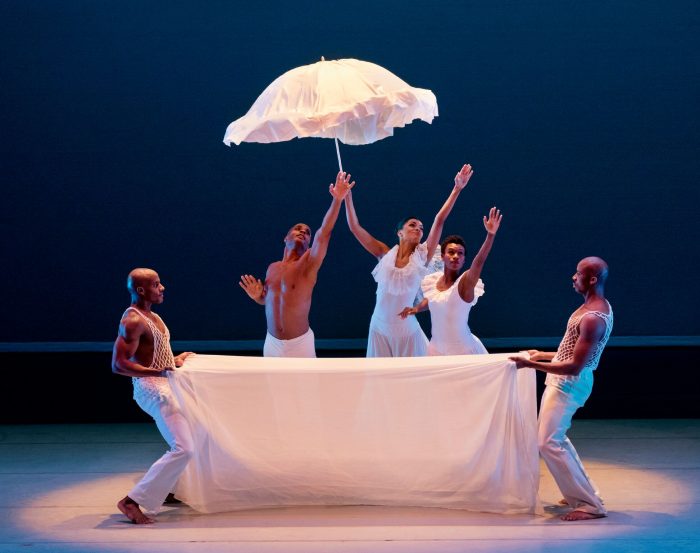 Ailey American Dance Theater (AAADT) performed at the Segerstrom Center for the Arts’ Segerstrom Hall, on Friday, April 19, as part of the five-day concert series in Costa Mesa, CA. The Company presented a variety of new works, including the timeless work of Alvin Ailey’s Revelations, as well as current work from Artistic Director Robert Battle in “Ella.”

The dance company is renowned world-wide and is credited with making Black modern dance  popular and revolutionizing the African-American participation in concert dance, being named “Cultural Ambassador to the world” by the U.S. Congress in 2008.

Now in its 60th year, when Ailey comes Los Angeles (they alternate from Downtown L.A. to Orange County), they are essentially coming home to a town of dance enthusiasts and new fans alike, anxious to view the company’s legendary and new work.  On Friday, featured choreographers were Talley Beatty, Gustavo Ramirez Sansano, Michael Battle, and Alvin Ailey. 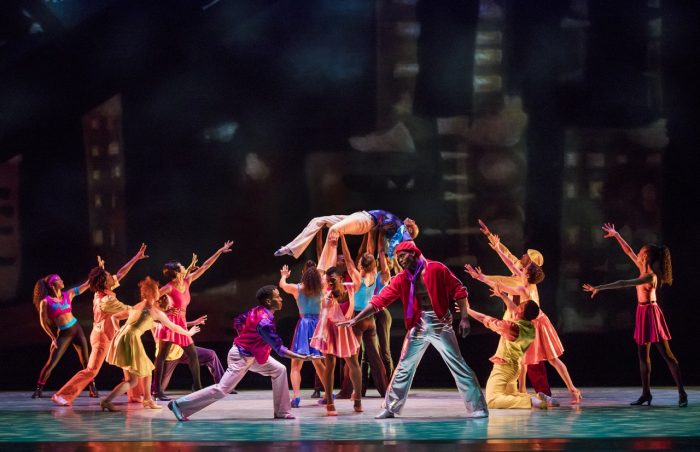 Stack-Up  by Talley Beatty was performed to the music of Earth, Wind & Fire, Grover Washington, Jr., Fearless Four and Alphonze Mouzon. The urban setting with upbeat music and dancing resembled scenes from “West Side Story,” “New Jack City”, and “Fame”.

The piece portrayed a true-to-life drama with the flared-up attitudes and bold swag of guys and girls who fight for territory and stability within urban settings.  Through the music and movement of the 70’s, 80’s disco, and the 90s, life unfolds through these emotional characters who have no place to go and Stacked-Up on top of each other; they deal with this street-life the best they can.  Sometimes you make it; sometimes you don’t. 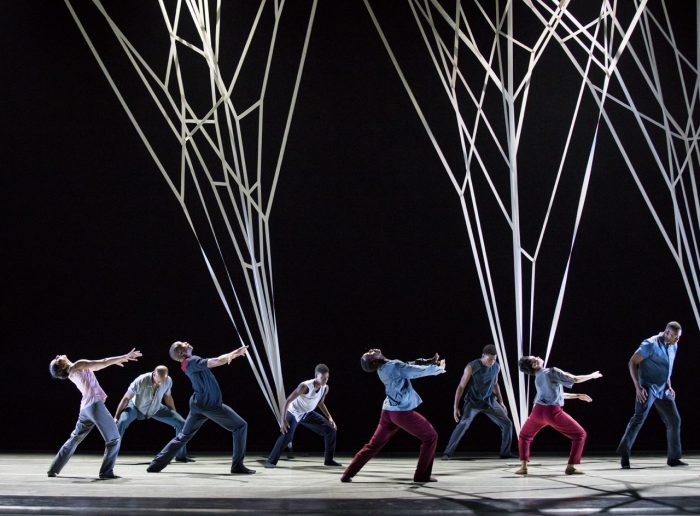 This dance resembled an addictive and alluring trance through movement.  We are allured by the opening solo of what looks like a woman caught in a psychiatric mess, but a graceful graceful chaotic movement that spreads and overtakes control of passerbys, who turn zombie-like and are subdued by her dance spell.  The infectious movement is addictive like a drug. 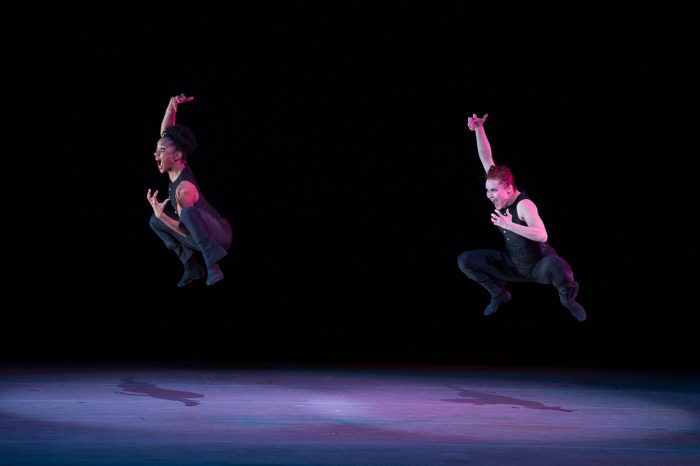 Ella by Robert Battle was a fun and upbeat duet with a mastery of quick footwork and silly movements that mimicked the great scatting voice of Ella Fitzgerald.  Battle created clever movements of the roaring 20’s style dance that took us back to venues like the Savoy.  The duet moved as fast as Fitzerald’s speedy scatting reputation. 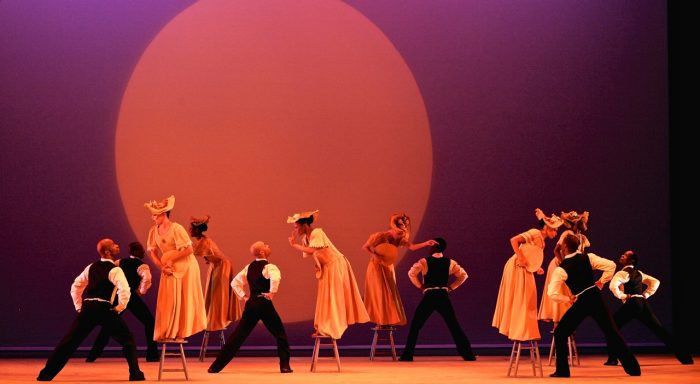 Revelations  by Alvin Ailey is his classic American story about the Black experience in the South in the 1950’s and 60’s. The sections are historical and take us back to the Black churches of the South, to a people’s faith in God and a willingness to die for their devout beliefs.

Bright yellow dresses and women fanning themselves in a hot Southern church reflect the times, and through this movement, we remember our mothers and grandmothers praising and yielding to the Holy Spirit.

Revelations puts us in the water, wading and experiencing the baptism of our ancestors. We experience a man of self-conviction who wants to be right by God, to a dance a jubilee of hope and renewal.