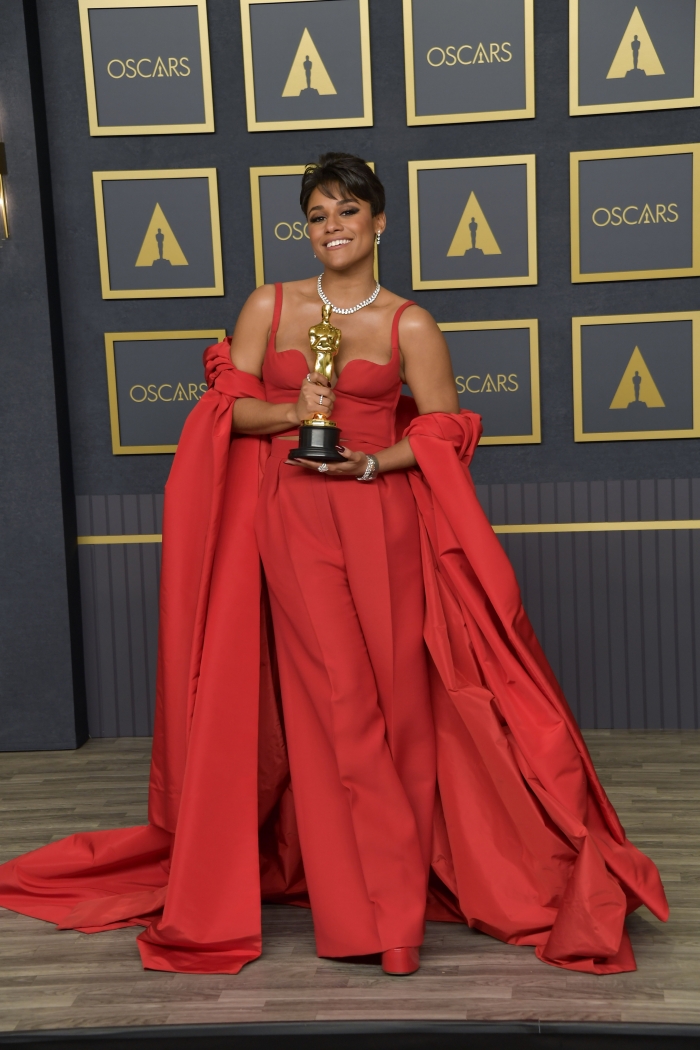 I hope that Ariana DeBose’s Oscar win for the best-supporting actress playing the role of Anita in West Side Story will mark a positive change and open more opportunities for Afro Latinos in the entertainment industry, but I have my doubts.
Go on … ask yourself the uncomfortable questions about why diversity and inclusion is such an issue in Hollywood in the first place. Why is Hollywood so racist? Why is there a consistent need to keep standing up and shouting out for equality?

Yes, DeBose’s Oscar win is wonderful, but beyond her receiving her well-earned statue, what does it really mean in the large scheme of things?

Why do I bring this to the table for discussion? That answer is painfully easy — it has been 60 years since legend Rita Moreno became the first Latina to win an Oscar (1962), for that same role — Anita. Together, they are the first pair of women ever to accomplish this.

DeBose who proudly identifies as “Afro Latina” is also an openly queer woman, and is now the first to win for her acting, and the only to be nominated.

Just 31, DeBose joins a very small list of Latina women who’ve been nominated for acting awards at the Oscars, including four for Best Actress and less than a dozen for Best Supporting Actress.

Now do you understand my concern? These numbers are low and in her acceptance speech, DeBose was quick to point out the facts about the world.

“Even in this weary world that we live in, dreams do come true,” said DeBose. “To anybody who has ever questioned your identity…I promise you this, there is indeed a place for us.”

DeBose has appeared in Lin-Manuel Miranda’s “Hamilton” and Netflix’s ensemble “The Prom.”

Here is what Ariana DeBose had to share about winning her first Oscar for best-supporting actress in West Side Story.

L.A. Sentinel:   You started your career as a dancer on Broadway. How did you get here?

Ariana DeBose: A lot of hard work, a lot of determination, a lot of active choices to take my rejections as redirections.  I was just saying, you know when I was in the ensemble of Hamilton — mind you, as an ensemble member, I had a role that barely spoke.  All I did was dance.

But, I chose at some point to try for more and, to be frank, it wasn’t met with, you know, thunderous applause.  Some folks kind of looked at me like I was crazy, and I had to choose to believe that I was deserving of more and go and train to be better.  And, honestly, just choosing — choosing myself and choosing to believe that I was worthy and do the work, that’s how this happened.  This is magic, but it’s magic that did not come without effort.

LAS: The win is historic. You won this Oscar for playing the same role [Anita] that Rita Moreno won for as well. A full-circle moment?

AD:   I see it as a historical moment.  It’s a layer on a layer on a layer, and I think this is the first time that a female role has been honored twice, but I think it’s really important to note that our Anita, as well, shares a name.

They are different women, you know.  Her Anita is iconic and legendary and will always be, and now mine has been shown light upon in this way, and I’m very proud of that because I set out to create 60 years of legacy between our Anitas, my Anita is not dependent on it.

She celebrates what was and what is and what can be, how we move forward, so it is historical.   It’s overwhelming because I could see Rita tonight.  It was really special to be able to see her sort of willing me to say what I wanted to say.

LAS: Have you seen Rita since your win?

AD:  No, I hadn’t.  I have not spoken to her yet.  I’m really hoping I can catch her at the Governor’s Ball, but we did have a beautiful moment on the carpet.  And she just said, “Are you ready?  You are in for the ride of your life, and I’m rooting for you.”  And I think that’s — I don’t know, that type of support, it is — I don’t know, it’s everything, it’s generationally between actresses.  You know, the industry has changed so much, and, quite frankly, her existence has opened many doors, not just for me, but for many women in this industry, many Latinas, and I don’t know.

It makes me really happy to be able to stand beside her because she’s not alone anymore. People don’t talk about that.  When you are the first of something, it’s lonely.  It’s lonely.  I mean, at least that’s what I’ve learned sometimes.  So it’s really — I don’t know. It’s a privilege and it’s an honor to be the person that gets to stand beside her.  And guess what?  We are ready and waiting for more folks, so — because there’s space.  Let’s go. 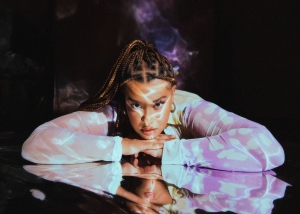 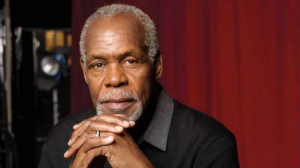 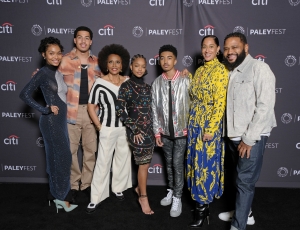 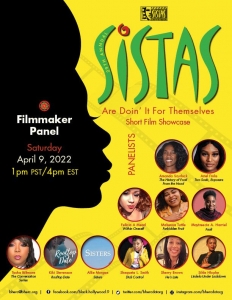 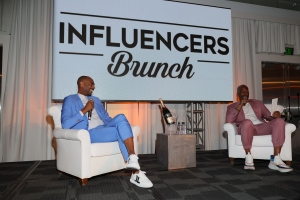