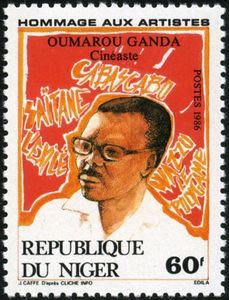 Twenty feature-length feature films by African filmmakers will compete for the ‘Yennanga’ Gold Standard prize at the Pan-African Film and Television Festival held every other year in Ouagadougou, Burkina Faso.

This will be the 50th anniversary of the renowned festival known as “FESPACO” – an event along the lines of the “Golden Globes” that draws film industry professionals from around the world. The festival’s stated aim is to “contribute to the expansion and development of African cinema as a means of expression, education and awareness-raising.”

On the occasion of the 50th anniversary, festival organizers who met this week in Brussels, Belgium, announced that a statue of the first winner of the best film award – Oumarou Ganda of Niger – would be unveiled. Ganda’s film, “Le Wazzou Polygame,” (1970, 50 minutes, 16 mm, color, Zarma language) deals with the issue of polygamy and forced marriage. The film is critical of Nigerien society and those who hold power in Africa.

Ganda’s second film, “Cabascabo” (1968, 45 minutes, black and white, filmed entirely in the Zarma language) deals with Ganda’s service in the French Expeditionary Corps in Indochina. A young soldier sees his comrades die in battle for a cause completely foreign to them. Cabascabo won a prize at the 6th Moscow International Film Festival, among other prizes.

His last film “L’Exilé” (The Exile, 1980, 90 minutes, 16mm, color) was inspired by an African folk tale. The use of folk tales as inspiration is one of Ganda’s significant contributions to African cinema.

Ganda completed several documentaries and was working on one at the time of his death of a heart attack on January 1, 1981.

The festival takes place from February 23 to March 2. Additional information can be found in English and French at https://fespaco.bf/

In a separate development, Prime Minister Kaba Thieba of Burkina Faso and the government have resigned, leaving the president, Roch Marc Christian Kabore, to “breathe new life into the leadership.” No explanations were given for the resignations.