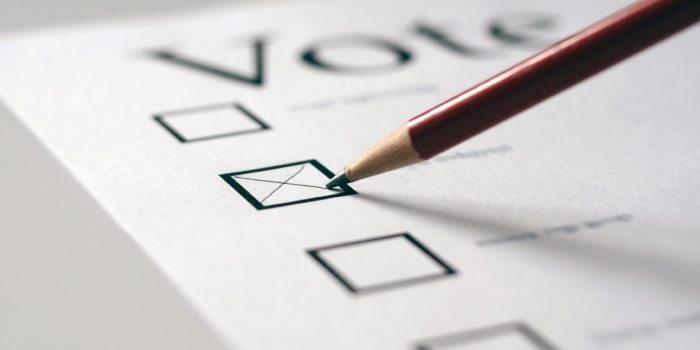 African American voters were a big part of powering the“BlueWave”, according to a recent post election survey sponsored by AAVREP.(filephoto)

For those who may secretly think their vote doesn’t matter, results of a recent post election survey showed that African American voters made a huge impact on this year’s outcome. According to members the African American Voter Registration, Education and Participation organization, blacks“poweredthe Blue Wave” here in California. They also helped flip highly competitive seats in the House of Representatives from Republicans to Democrats, AAVREP said.

“African American voters in California played a significant role in helping Democrats win the majority in the House of Representatives and oust long term Republicans during the midterm elections,” explained AAVREP team members, who sponsored the survey.
“In addition, strong support from African American voters powered the re-election of Senator Dianne Feinstein and propelled Lt. Governor Gavin Newsom to the Governors office.”
The survey was conducted by EVITARUS, using a sample of 1099 African American voters, including 380 voters verified by the secretary of state as having returned their ballot by mail or voted early. The survey sample was drawn at random from the California Secretary of State’s file of registered voters.
The Margin of Sampling Error(MOE)for the full sample was ±2.95 percent at the 95 percent confidence level, said analysts. The margins of sampling error for subgroups within the sample will be higher. The survey results were weighted to match the age, partisanship, gender, and geographic distribution of the population of registered voters from which the sample was drawn.
Other highlights of the survey included:
“Since our founding in 2002, African American Voter Registration, Education, and Participation(AAVREP)’smission has been to increase African American and urban voter registration, education, and civic participation,” said an AAVREP spokesperson.
“Through partnerships with community, labor and religious organizations, AAVREP empowers individuals and neighborhoods one vote at a time. Throughout California history, black voters have been our most consistent Democratic voting block, standing strong against conservative efforts to roll back civil rights and equal opportunity.
“From the State House to the White House, African Americans are currently leading the resistance to those who would destroy the progress we have made through 200 years of struggle…”
Categories: Local | News | Political
Tags: AAVREP | African American Voter Registration | and Participation | Education | Jennifer Bihm