ACLU of Northern California (ACLU-NC) Executive Director Abdi Soltani sent a strong letter to Bill Lucia, EdVoice Executive Director, condemning his organization’s decision to use the ACLU name in mailers attacking Assemblymember Tony Thurmond, a candidate for State Superintendent of Public Instruction. The Thurmond campaign called on Marshall Tuck to join them in calling for an apology to California voters and to demand TV ads also using the ACLU name to be taken down.

“I am writing to express my strong disappointment in EdVoice’s decision to use the ACLU name in your direct mail in a manner that is confusing voters and harming the ACLU of Northern CA,” wrote Soltani. “We have already publicly clarified that we have nothing to do with this mailer or your campaign. EdVoice is not a fly by night organization, and with your decision, you have damaged your reputation and standing with the ACLU-NC.”

Mailers and TV ads attacking Thurmond and prominently featuring the ACLU name are paid for by “Students, Parents, and Teachers Supporting Marshall Tuck for Superintendent of Public Instruction 2018, a Project of EdVoice,” which is a committee funded by several pro-charter school industry billionaires including Netflix CEO and EdVoice board member Reed Hastings.

The ACLU of Southern California also released a statement on the “misleading” mailer. Soltani demanded a meeting with Lucia and the board chair of EdVoice after the election to discuss their strong concerns, while the Thurmond campaign suggested that Tuck join in calling on EdVoice to publicly apologize and take down TV ads which are still using the ACLU name.

“It’s worst form of politics to exploit the ACLU name to mislead voters into supporting Marshall Tuck,” said Madeline Franklin, Thurmond’s campaign manager. “The sad irony here is that the ACLU of California gave Tony Thurmond a 100% legislative voting record. Tony’s spent his entire career as a social worker and public servant serving the same kids the ACLU fights for, including foster youth, students of color, and youth in the juvenile justice system.”

“If Marshall Tuck has any regard for the ACLU’s core values for individual rights, including Californians’ voting rights, he should join the Thurmond campaign in calling on his supporters to publicly apologize to the California voters who have been misled by these egregious ads and call for the remaining TV ads to be taken down immediately.”

Read the full letter from the ACLU-NC here. 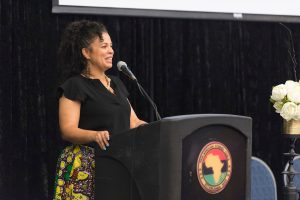