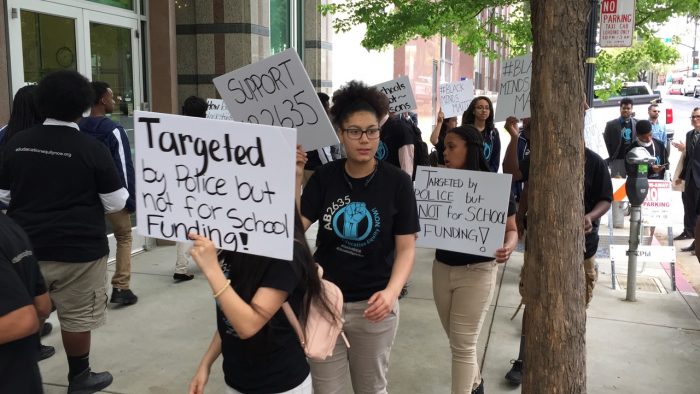 Legislators and education advocates came together at a press conference Wednesday April 11, to show support for a bill that they believe will help fix how education is funded for one of the lowest performing subgroups. Advocates say there was a flaw in the five-year-old law that overhauled how education funding is appropriated to school districts through the Local Control Funding Formula (LCFF).

Assembly Bill 2635, authored by Assemblywomen Shirley Weber, would target $350 million towards struggling school districts. Many of these districts educate California’s black student population which has historically failed to meet grade-level proficiency in math and reading and perform right above special education students.

According to a press statement, AB 2635 drives equitable funding for California’s lowest-performing subgroup to students not currently receiving funding under LCFF. Additionally, this bill demands greater accountability from both school district and charter school recipients of these supplemental funds over the education outcomes of the lowest performing subgroup.

“We cannot look the other way anymore. African-American kids in California persistently fall behind academically,” said Weber. “And this problem is not limited to low-income students either. Parents have been patiently waiting for something to change, but it has not. Providing additional resources for the lowest-performing students is now no longer an option, but a necessity.” 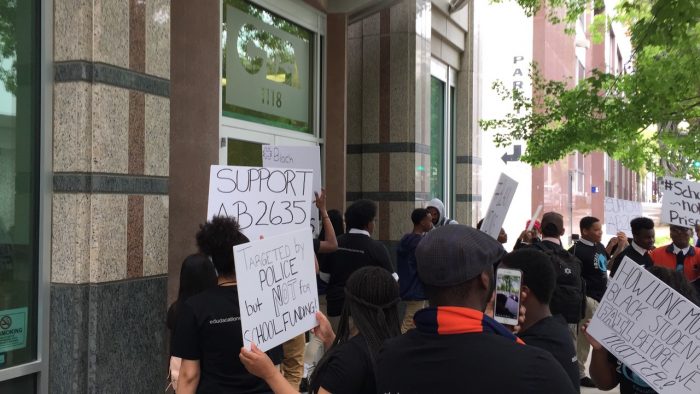 “About 260,000 (76 percent) receive a supplement under LCFF because they are low income, foster children or homeless, or English learners,” according to the California Department of Education web site.

“Our students are the most likely to be disciplined and suspended than any other student as shown in various studies linking to implicit biases and damaging stereotypes,” said Sen. Steve Bradford, vice chair of the Legislative Black Caucus, “because of this, and their lack of access to the adequate school resources, the future for our next generation looks grim, unless we take meaningful action. We cannot allow African American students to be left behind any longer.”

Students marched in front of CTA to support AB 2635

Young people have joined the fight to improve the education system.  Students recently took to the front of the California Teachers Association in Sacramento chanting “schools not prisons,” “support AB 2635” and “don’t watch us fail.”

“We’re here telling them (CTA) to be in support of AB 2635, and don’t watch us fail” said Nailah Dubose, a ninth-grade student at Fortune High School.

CTA sent a letter to Weber, the author of AB 2635, expressing their shared goal for the bill, but highlighting concerns and marked it as a bill CTA will “watch”.

In the letter CTA wrote:

However, speaking at a press conference Margret Fortune, president and CEO of Fortune School, called for unity among the education community. She noted that the California Charter Schools Association is often on opposite sides of policy debates and acknowledged California School Board Association’s support for this legislation. Fortune invited all of the education coalition community to join in supporting students that were left out of the LCFF funding.

“The students in the most need are the ones that equity demands that we give support. Isn’t that the reason the Local Control Formula Funding was created in the first place?” Asked Fortune.

AB 2635 passed out of the Assembly Education committee and now heads to assembly appropriation.