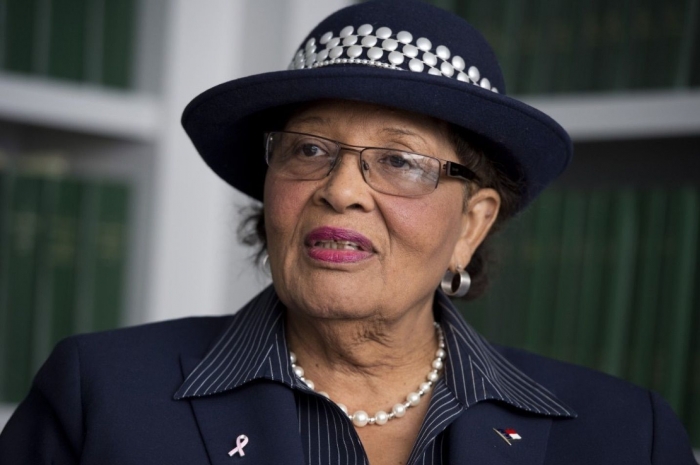 “It’s really a composite of nine individual bills that are sponsored by the Black Maternal Health Caucus. They each do different things, but basically to address the disparities as it relates to Black maternal health.”

The Black Maternal Health Caucus was founded nearly a year ago by Rep. Underwood and Adams collectively. Both women hold a personal connection to the topic as not only Black women but former healthcare workers and mothers.

“As a result, we’ve had a number of colleagues [and] we have about 100 members now, male and female. We do have members of both parties and of both chambers,” Rep. Adams shared. “We’re using that caucus to actually elevate the discussion around Black maternal health and why Black women are dying up to four times more likely from pregnancy-related complications than then White women.”

Another overarching goal for the Momnibus is to educate caucus staff members, other members of Congress, “Then to put together bipartisan legislation that will help us reinforce what we’re working on,” which serves the full purpose of the act.

The nine inclusive bills will address the social determinants, provide funding for community-based organizations that help women deal with health risks. It will also provide support for the workforce moms and collect data needed to reverse the rising rates of Black maternal mortality. Lastly, the Act addresses mental health for those mothers during all stages of pregnancy.

Rep. Adams, who is a grandmother recalls the memory she had while awaiting the birth of both of her grandchildren. Her daughter who was a professional woman with great healthcare still endured unnatural struggles during childbirth, and because of that, Rep. Adams holds this work close to her heart. 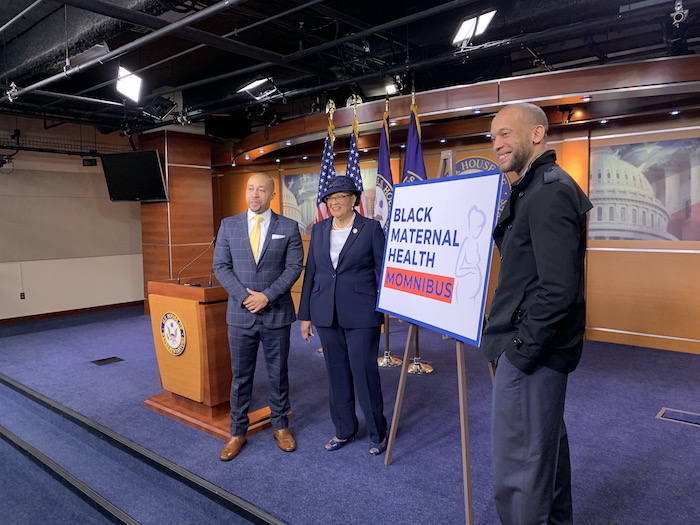 “I think when we look at implicit and explicit biases,” she said. “We have been working through the caucus. We’ve had a number of sessions with medical professionals, with people who have been working in this field. I even had the opportunity to meet William Johnson who lost his wife who had a normal delivery on their second son.”

“We just realized,” she paused to ponder, “This is a problem. It hasn’t been as public as we think it should have been. It is a public health crisis, we believe when Black women are more likely to die than other mothers in other countries, and this is in America; we don’t find this in other places.”

According to reports, one of the only countries with rising rates in Black maternal mortality is America sitting at 37.1 percent in 2018. As of now, the members of the Black Maternal Caucus are building upon such data to support its efforts in lowering those rates and spreading accurate information.

“I think this is really what’s going to make the difference, the more we can enlighten our public and keep this issue in the forefront, the more people will begin to pay attention to it.”

As far as why it’s taken so long for this issue to be discussed, Rep. Adams believes the topic wasn’t of enough interest to Congress, “Which is why we have to begin to push this issue and not let other people who may not tell our story the way we can tell that story, or who even want the story told.”

Stepping up to the task, Rep. Adams and other leaders in the movement are ready to change the narrative and assist mothers in need. With COVID-19 concerns taking the forefront, they are still working aggressively to push forward with the Black Maternal Health Momnibus Act of 2020 agenda to protect Black women and their families.

As the work and prepare the legislative piece, Rep. Adams urges everyone to visit https://adams.house.gov/ to gain further information on the Momnibus and how you can help the cause.