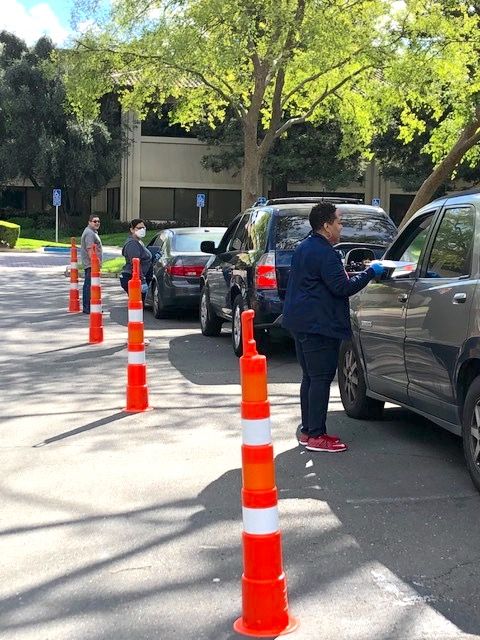 Two weeks ago, Gov. Newsom announced that Californians should not count on schools reopening before summer break. Most school districts had already announced that their campuses would be closed for two to four weeks to support the containment of the Novel Coronavirus Disease (COVID-19).

Prior to most schools “terminating classroom instruction”, Newsom issued an executive order ensuring that teachers would be paid during school closures and that districts would receive their regular funding as long as the school district districts delivered “high quality educational opportunities through distance learning or independent study.”

Distance learning as defined by State Superintendent of Public Instruction Tony Thurmond is “simply when the teacher and the student are in two different locations.”

Over 8000 educators statewide participated in a webinar conducted by Thurmond to go over guidance the California Department of Education issued to all school districts detailing how they can provide distance learning opportunities for students including those with disabilities and English learners.

As school districts assess the Coronavirus crisis, most have been preparing as if they will not reopen classrooms for the rest of the school year. They are developing distance learning plans, trying to duplicate online the lessons they originally prepared to deliver in their classrooms.

Online distance learning is feasible because, when California adopted the Common Core State Standards, students had to be computer literate and know how to type in order to take state tests. Low tech school districts and charter schools transitioned to using high tech learning tools and bought devices like Chromebooks and iPads, loaded textbooks on them and required students to use them to complete assignments.

The “digital divide” between students with access to computers and internet at home and those without access has long been a public-policy debating point, but the disruption to learning caused by the Coronavirus crisis demands that something be done about it now.

Districts serving large low-income and minority student populations must bridge the digital divide if their distance learning efforts are going to succeed. While students have access to a digital device at school, many don’t have one at home. Or if they do, they may not have access to broadband internet.

In 378 of the hardest-to-count census tracts in the state, where large percentages of African Americans live an average of 64 percent of the households don’t have access to the internet. These households include over 67,300 Black residents, according to the same report.

In cases where children in the lowest-income homes have a home computer, they might have to share it with a parent who now has to work from home or school age brothers and sisters trying to complete school assignments as well.

Complicating the transition to distance learning for school districts is the fact that many teachers can’t just switch to online teaching overnight. They need training.

However, unlike school districts in other states that have closed down and are not offering instruction to students, that is not an option considered by California school districts. Instead, school districts across the state are identifying what they need to do to provide distance learning and are finding ways to deliver it.

Natomas Unified is located in northwestern  Sacramento. It was named the second most diverse school district in the nation in a New York Times study. They declared that they would transition to a distance learning model just a day after Newsom’s statement about schools not reopening.

According to Superintendent Chris Evans, they started preparing weeks before making the decision. “If we were going to do something virtually, I wanted to make sure there is equity in students having access to digital devices, other than a phone,” Evans said.

They surveyed who needed computers and internet access and worked out an arrangement with Verizon to provide unlimited Wi-Fi access for three to four months. A key element to their plan was being able to sign a memorandum of understanding with their teachers union on contract modifications to facilitate teachers’ participation in distance learning.

Currently, between 6,000 and 7,000 Chromebooks are being distributed to students and teachers to start pilot-testing lessons for two weeks before they move forward on teaching curriculum online for the rest of the year —  or until they are able to physically open their classrooms.

Just as ready to engage in providing distance learning to its students is Fortune School of Education. It is a group of seven public charter schools in Sacramento and San Bernardino with a student population that is over 90 percent minority and 85 percent low income.

Margaret Fortune, Founder and CEO of Fortune School said “I had literally just briefed my team that we need to make a distance learning plan that will be built to last for the rest of the school year,” when Newsom said schools might not open until summer.

Fortune has already distributed hundreds of Chromebooks to families that needed them and are implementing their distance learning program using Google Classroom as their learning management system and Google Hangouts to host face-to-face meetings with scholars and teachers.

Micah Ali, President of the Compton Unified School District Board of Education, said he felt, “Confident, poised, and ready to deliver instruction, virtual learning, no matter how long.”

School districts like Compton Unified and Stockton Unified that provide 1:1 access to a digital device and have arrangements with internet providers to provide free or low cost Wi-Fi are able to bridge the digital divide as they plan to deliver distance learning to the low income and minority students they serve.

And, school districts like San Lorenzo Unified and Inglewood Unified that don’t have 1:1 student access to a digital device, are figuring out how to provide a computer and internet access to students who need them so that they can implement their distance learning programs.

Los Angeles Unified and San Diego Unified, the state’s two largest school districts, are asking the Legislature to approve an additional $500 for every child in the state to help pay for the transition to full online learning.

In that letter, the superintendents, Austin Beutner – Los Angeles Unified and Cindy Marten – San Diego Unified said, “Pick your metaphor: This is the moon shot, the Manhattan Project, the Normandy landing, and the Marshall Plan, and the clock is ticking.” 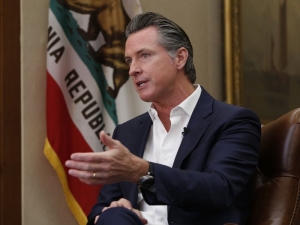 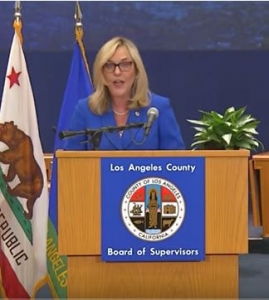