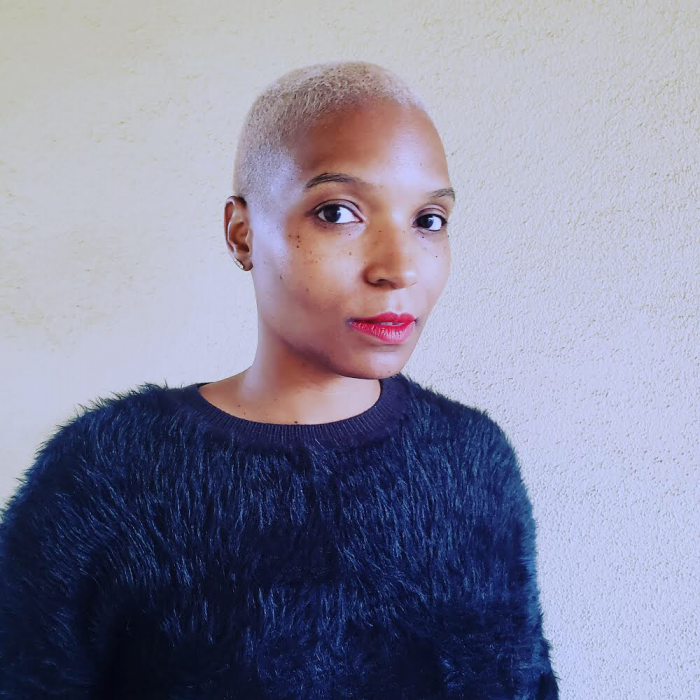 God bless a persistent public relations executive in Hollywood. In this case, I am most grateful because for being politely hounded to view the short film “Tender” http://tendermovie.com directed and written by television/author/producer Felica Pride.

In Pride’s film “Tender” I understood that I was looking at the work of an exciting new director.

Is “Tender” a perfect film? No, it’s not but therein lies the beauty. Her cracks are interesting. She’s bold daring to go slow and she’s brave showing her vulnerability and this is what makes the film intimate above-and-beyond the subject matter.
Over the course of our free-roaming phone conversation, I discovered that along with Felica Pride’s incredible career she holds a special spot in her heart for other writers of color. She’s not someone that talks a good game without having a sound game plan.

I get Felica Pride and I hope that after reading this brief Q&A and watching “Tender” you get her as well. But if you don’t, it’s not a big deal. Pride teaches by example and like so many enlightened folks of color working in Hollywood, she’s preparing a path for other writers and creatives. Her fearlessness and genuine love for our stories and storytellers remind me of Ava Duvernay and Lena Waithe, and we all know how things are working out for those two ladies.

Here’s what author/screenwriter/television writer/producer and leader Felica Pride had to share about her journey.

LOS ANGELES SENTINEL: You are a serious writer, writer. What! That’s what’s up! 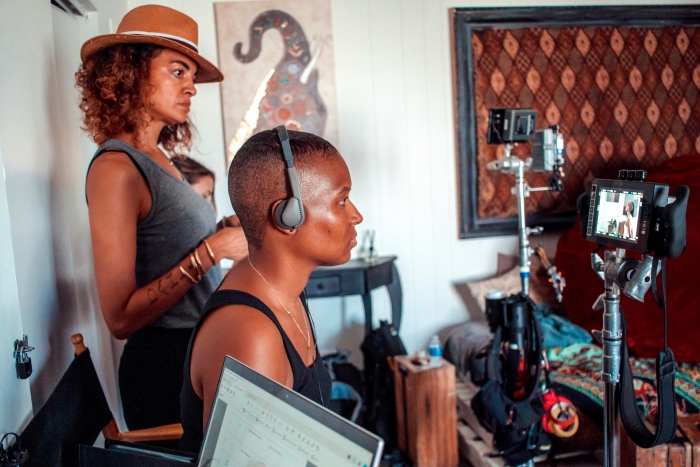 LAS: Your bio is sick. You were a writer on Ava DuVernay’s QUEEN SUGAR. You have a feature film, “Deeper”, at Universal Pictures and Will Packer Productions —that man doesn’t make many mistakes. You sold a drama pilot to NBC’s Universal Cable Productions. You are the co-writer and executive producer of the film “Really Love” produced by Charles King’s MACRO which won a Special Jury Prize at SXSW. Lady, you are in the mix with the King. That’s what I call Charles King, the King.

LAS: Not done. Now you are in the writers’ room of the iconic “Grey’s Anatomy.” You put in the work lady.

LAS: Wait. I’m not done. You cut your teeth in the Film Independent Screenwriting Lab Fellow. You are a graduate of NBC’s Writers on the Verge program as a comedy writer but before that, you worked as a film distribution executive and an impact producer.

LAS: Lady, I’m still not done. You are the author of six books, including ‘The Message: 100 Life Lessons from Hip-Hop’s Greatest Songs’ and you hold an M.A. in writing from Emerson College and finally my favorite thing about you Felicia Pride, you run The Create Daily, a resource for underrepresented storytellers that you founded in 2012, and more on that later. Now. I am done.

LAS: I’m so glad that I am talking to you today. My screenwriting partner (Art Shrian) and I, have our first screenplay in active development with a New York-based producer, and we received our last set of notes. Felicia, I had an emotional response that required Pad Thai.

FP: (laughing) That’s often the case. I don’t think it ever gets better at least from what I hear, from writers who have been writing for film and television for thirty years. It doesn’t necessarily get better especially if you don’t agree with all of the notes.

LAS: Gulp. Why did you decide to step behind the camera, too direct? I’ve watched your short film “Tender” and it was very well done. Nicely paced. The writing, of course, was great. Why directing? Why now?

FP: I sold my first feature “Really Love” to Charles King’s MACRO and I learned that process, that film is the director’s medium in a lot of ways. I realize that there are going to be stories that I write, that I birthed, that come out me, that I want to be a part of the vision from start to finish. For instance, I am working on a feature right now called “Alameda” which is inspired by my mother, my sister, and my niece.

FP: Exactly and as I am conceptualizing this, I realize that I have to do it [direct]. I have to get my skills up.

LAS: I love what you just said. You have to get your skills up. You put in the work and I admire that a lot in a person. Sorry, please continue Ms. Pride.

FP: Thank you. I started taking a bunch of classes and when I was ready to dip my toe in that’s when I directed “Tender.” I kept it simple.

LAS: You kept it sweet and nice.

FP: Thank you. It’s two characters. One location. It has the impact and the themes that I like to explore in my work. So now I want to continue to learn and build upon my work.

LAS: So, are you planning to direct everything that you write in the future?

FP: No. There will be other screenplays that I write that’s better suited for other directors.

LAS: As a television writer are you able to go on set when the directors are working? 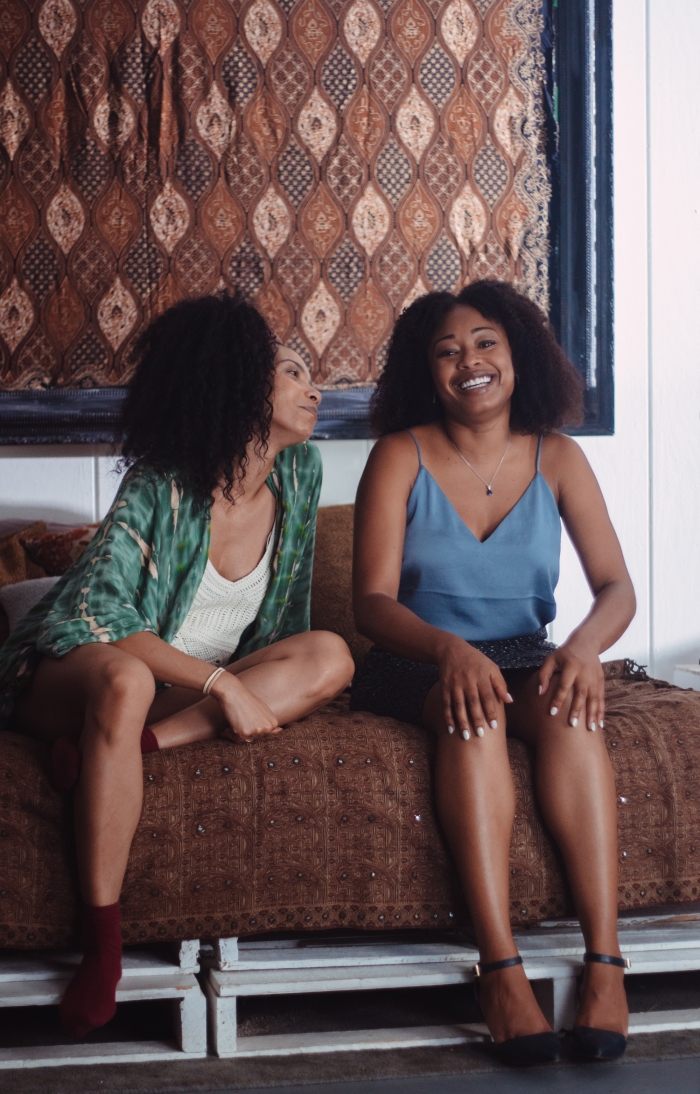 FP: We produce our episodes. A lot of shows allow writers to produce their episodes, especially if you a producer on the show, above level, you will be going to be on set at some point. It does depend on the show.

LAS: So deep down you’ve been kind of shadowing directors the whole time you’ve been a television writer.

FP: Yes, I have been taking it all in. When you know that you want to direct, you train your eye differently.

LAS: Directors require stamina. It’s not a job for the weak or lazy.

FP: Yes, stamina is needed, so much.

LAS: What are you learning as a writer who is now becoming a director. Did I ask that correctly?

FP: You did. Directing and being on set helps me think a lot more about the realities of the page.

LAS: The realities of the page. Got it.

FP: The great thing about writing for television is that someone is going to make this. But when we are writing pilots on our own or specs and samples, and all that stuff a lot of times those things don’t get made or produced. But when you step into the television writing, you know it’s going to get produced so the directing piece of it, really has me thinking more deeply how actors are going to interpret the material. [I ask myself] and I giving actors things that they can hold on to, in terms of scene work. And, then also I am learning more from the directors’ standpoint to interpret what’s on the page visually. That’s something that I am learning as well.

LAS: I love that word — learning. It’s the reason I still get up in the morning, and the reason I will fight to stay upright on this earth.

FP: I love that and for me, the television writer’s room is a classroom. I learn every day. It’s amazing.

LAS: I watch the first episode of “Grey’s Anatomy” over and over again. In loop. I’ve watched it over 100 times. No joke.

FP: That episode is amazing.

LAS: You have earned your place in Hollywood and I respect that deeply. I’m a Taurus and I am not afraid of the work. I prefer smart work to hard work but either way, I go in. What did you do when you lived in New York?

FP: I worked in book publishing and I did a lot of writing about books. I had a blog on AOL BLACK VOICES and I was a contributor for Publisher’s Weekly and I had a lot of memories of titles that I think will make great books.

LAS: You are my kind of writer Ms. Pride. I have books on my bed, I love reading so much. I wish I had two more pair of working eyes and full command of 24 hours to just read. Seriously. I’ve read a lot of titles recently that I feel will make great television and film.

FP: Great. That’s important to my career. How can we get more work by Black authors on the screen? There is so much gold out there. How do we tap into that gold and share those wonderful stories?

LAS: Amen. Penguin books deliver me new books by Black authors almost weekly. It’s like Christmas. I am so excited to be able to read and feature these books and authors.

FP: I love books, that was my foundation.

LAS: I am very excited about your move into directing. It’s clear that in “Tender” you are well on your way to an equally successful career.

LAS: The next time we talk, let’s make the entire piece about your Create Daily, a resource for underrepresented storytellers that you founded in 2012. 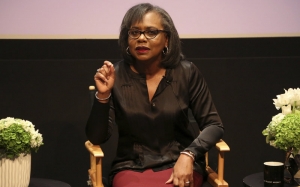 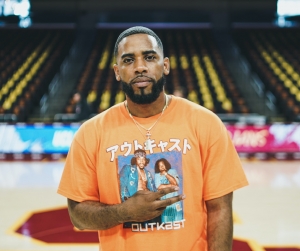 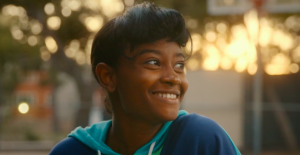 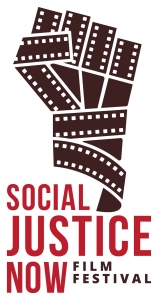 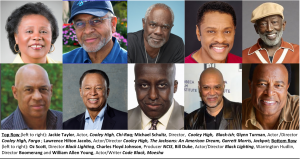