In America, Black women represent 7.8% of the population, yet Black women are less than 5% of officeholders elected to statewide executive offices, Congress, and state legislatures.

While Kamala Harris became the first Black woman vice president, the fact is just 17 Black women have ever held statewide elected executive offices, and no Black woman has ever been elected governor.

To President Biden’s credit, he has been showing his appreciation to Black women by selecting three Black women to serve in his Cabinet. Former U.S. Representative Marcia Fudge serves as secretary of Housing and Urban Development, Cecilia Rouse serves as the chair of the Council of Economic Advisors, and Linda Thomas-Greenfield serves as U.N. Ambassador.

The faces in the hallowed halls of Congress are slowly changing and many of them are Black women.

To continue the effort of changing the face of politics, now is the time when we must encourage more Black women to run for political offices, both locally and nationally. When Black women run for these offices, it is imperative that we support them with our time, money and votes. We no longer can just sit on the sidelines and complain what is wrong with our neighborhood, city, state and country. The upcoming crucial 2022 elections present the perfect opportunity for us to get into the game and make a difference.

The city of Los Angeles has a Black woman running for mayor and when she wins, she will be the city’s first female mayor and the second Black mayor. Her victory would allow her to join eight other Black women as mayors of major American cities. I am excited that this is truly the time in history for Black women to take their well-earned and deserved place in American politics.

For generations, Black women have been at the heart of the family and community and are reaching

heights that previous generations could not have imagined. Let’s never forget the suffering and sacrifices of those who came before us that through their blood and tears we have the right to vote.

African Liberation Day and the Nguzo Saba: Principles and Practices for Lib...

A Window into Rick Caruso’s Soul 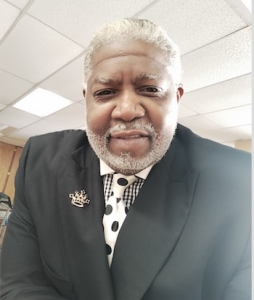