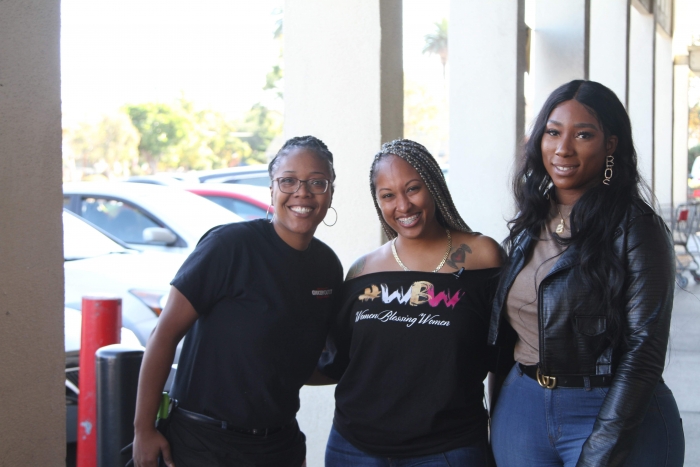 The nonprofit organization, Women Blessing Women (WBW) and Grocery Outlet, kicked off the holiday season with its 2nd annual Thanksgiving shopping spree to give a hand up to more single mothers of color in the Los Angeles area.

The organization announced and promoted the shopping spree on social media, asking everyone to nominate a single mother. To complete the application process, WBW had everyone fill out a questionnaire to gather more information about each single mother and her financial situation.

“We as a board read through the different nominations and prayed over our decision which led us to select the moms that we felt in the nature with what we had, could bless in that moment,” said WBW president and founder Enjonette ‘EJ’ Baker.

On Saturday, November 23, WBW took six single mothers on a shopping spree at Long Beach and 7th Street Grocery Outlet. Some of the women without transportation were picked up from their homes by WBW board members and taken to the event, so that they could participate and get food for their families.

The organization gave the other three moms who could not attend the event, gift cards and cash to purchase groceries.

“We just really want to pay it forward in our community and show women that we are Women Blessing Women; we have their backs,” said Baker.

During the shopping spree, “Love and Hip Hop” reality star and singer, Brittany B. made an appearance and also sponsored one of the single mom’s. 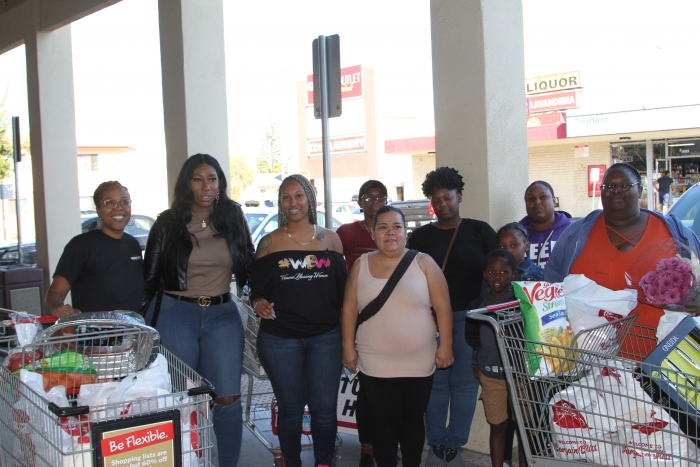 “I always tell the moms that we bless that they remember this time. So, when they are in a better place, they will bless another woman,” said Baker. (Photo courtesy of Greatness)

“She paid for one of the mom’s groceries and also blessed her and her children with some extra cash,” said Baker.

“Brittany B. reached out to us and said, ‘hey, I love what your organization is doing and I want to be a part of it.’ It wasn’t about who she is; it was about moving in God’s [purpose].”

Together, WBW, through donations, and Patterson went half on the groceries for the single moms.

“Single moms usually don’t do things for themselves. They usually do things for other people, so this was a cool opportunity for us to be able to do something for them and provide a shopping spree where they could go throughout the store and purchase whatever they want,” said Patterson.

“I was raised by a single parent and I know first-hand some of the struggles my mom had to endure, herself. This was a no brainer for me once I was given the opportunity [to be a part of this again]. I think EJ said it best, [we want] ‘to be able to give a hand up and not so much a hand out.’”

One of the single moms who was selected to participate in this year’s shopping spree was a mother of three to two 13-year-old twin girls and a 12-year-old son, Kinaya Bradley. 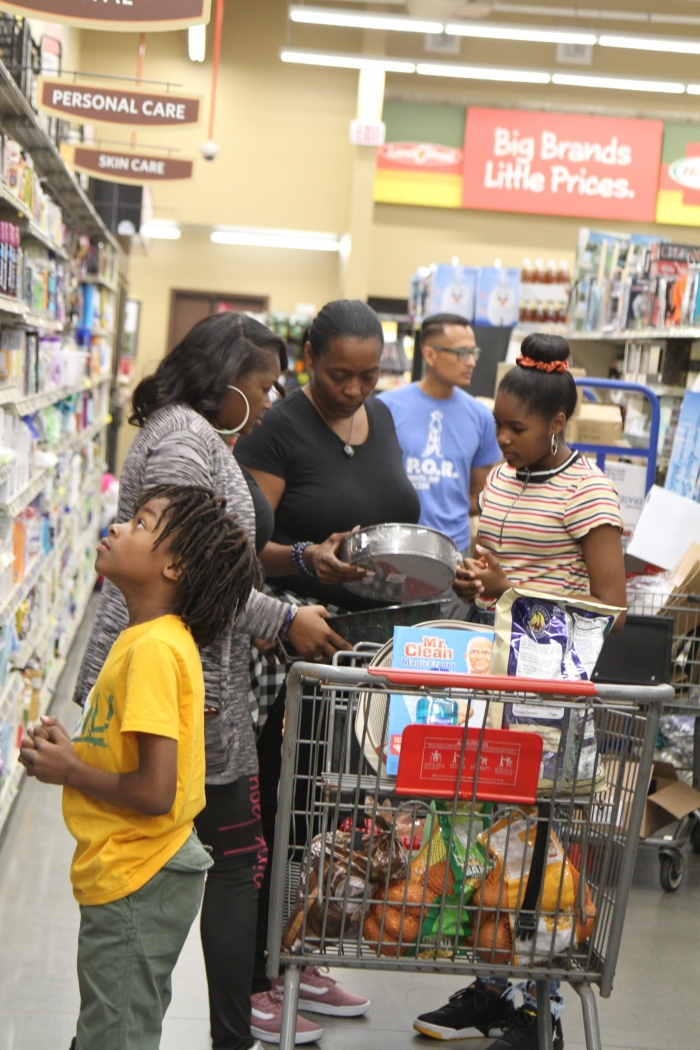 Bradley, a Compton resident, found out about the Thanksgiving shopping from children’s enrichment group in Compton called Children Striving Together.

“We are trying to find a place to live,” said Bradley.

“As a mom, it’s hard to carry a burden of feeling like you just aren’t doing your best. So, when I got the phone call saying that I was selected for the shopping spree, I cried. [The shopping spree] lifted a weight off of me. A relief if you will, just to have somebody say, ‘hey don’t worry about this, we are going to help you with this.’”

What’s next for WBW?

According to Baker, the organization will continue to honor single mothers during its annual Thanksgiving shopping spree. However, the nonprofit is making plans to bless a larger amount of single moms in 2020.

Coming soon, WBW will launch its Recycling Blessings One Woman at a Time Fundraiser.

“The idea is for WBW to bless women with a recycling shopping bag full of items. From there, that women will take the bag and when she is able to, she will refill that bag with some type of blessing. It may be groceries or toiletries and pass it on to another woman.”