I cannot overstate my tremendous admiration for Rev. William Barber. Our connection goes back to North Carolina when I was the President of Bennett College, and he led the state NAACP. His daughter, Sharrelle, graduated from Bennett in the spring before I assumed the Presidency and as student body president, she served on the search committee that selected me. So, he’s a friend of long-standing.

In the years since our North Carolina time, I’ve watched this brother grow in his profound leadership, galvanizing people all over the nation around a moral agenda for our country. When we see already-weak bonds of civility and community, both national and international, fraying, the movement to “build a moral agenda rooted in a framework that uplifts our deepest moral and constitutional values to redeem the heart and soul of our country.”

In the past year or so, Rev. Barber has been building national momentum and plans mass action in Washington, DC on June 20, 2020. We will be in the heat of the 2020 political election, a time when we must look at our nation’s future and its direction. Barber’s organization, which he co-leads with Rev. Liz Theoharis, is poetically called Repairers of the Breach. Its website is https://www.breachrepairers.org/, and it is worth checking out regularly, as updates on the 2020 march, along with other activities, will be posted.

The Barber movement is optimistic and much needed at a time when an elected leader regularly picks fights with the heads of other nations, triggers a trade war, disrespects people, even his own appointees, with vile name-calling, and drips disdain for women, especially elected Black women and other women of color.

We live in a graceless age, but Barber and Theoharis radiate grace. They are optimistic, patient, and movement building. They are inclusive, focused, and, most importantly, kind. They get this economy and its uneven distribution, but they also get race and the many ways it is foundational.

The Repairers website says, “Our deepest moral traditions point to equal protection under the law, the desire for peace and among nations, the dignity of all people, and the responsibility to care for our common home.”

In embracing and expanding the legacy of Dr. Martin Luther King, Jr., Revs. Barber and Theoharis have asked Presidential candidates to consider a debate that focuses exclusively on poverty. Many have agreed, but others have not gone on record. With more than one in five African American families living in poverty, and wages relatively stagnant, a national conversation about poverty is more than overdue.

Indeed, the other conversation is one that drills down on what international economic fluctuations mean to the average person. Economic pundits have high-level discussions about the stock market (when half of all Americans own no stock or bonds), making people think they can make no difference in economic policy. But we can make a difference when we pass laws that provide a living wage, paid sick leave, affordable health care, and more. The Poor People’s Campaign and the Moral Budget give people tools to approach some of these economic issues. With his eloquence and his leadership, Barber has emerged as a national treasure and a lightning rod for economic transformation.

What will economic transformation look like? Is it possible for capitalists to make a profit and still pay their workers a living wage? It is possible to dismantle the predatory capitalism that, in the words of Dr. Martin Luther King, Jr., “thingifys” people in the name of profit? Do capitalists understand that consumers fuel this system, and paying consumers translates into more sales for them? And do predatory capitalists understand the ecological devastation they promote when they fail to embrace climate change?

Rev. Barber raises all these questions and more. For the next nine months, through June 20, 2020, he is moving around the country, addressing injustice, mobilizing people, and focusing on change. He has offered our nation a fundamental challenge. Will you answer the call for moral revival? Four hundred years after the first Black folks were brought to these shores, a call to deal with systemic racism, economic injustice, the war economy, and ecological devastation is long overdue.

Africa, Our Moral Ideal: Radical Reasoning About Ourselves and Our Culture 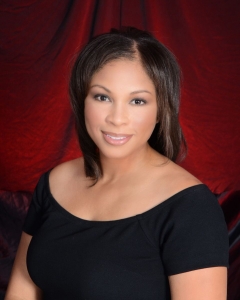 Life is Not Promised 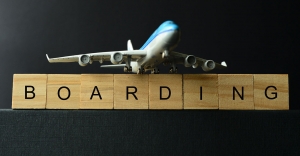