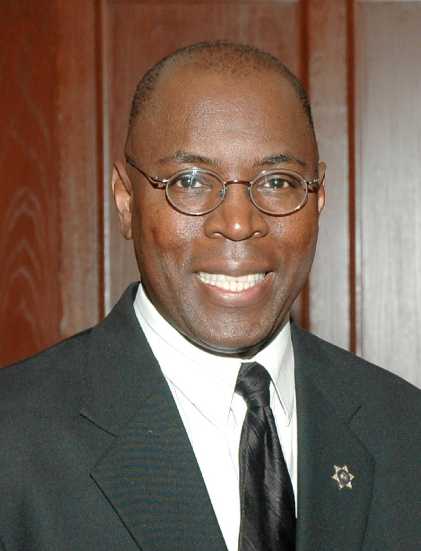 My name is Alvin Tunstill and I have been the senior pastor of Trinity Baptist Church in Jefferson Park for over 20 years. This November voters in my community and across the nation will be participating in one of the most important elections in my lifetime. There is so much at stake up and down the ballot but none more so than the District Attorney’s race, right here in LA County. I have known DA Jackie Lacey for over two decades. She is a woman of immense integrity who has never forgotten her upbringing or her community.

Jackie Lacey has been a member of my church since she was five years old. She was baptized here and met her husband of 50 years in the youth choir group when she was 17. Today, she and her family have been active members and I know that her life has been shaped by the extraordinary church leaders that have counseled her over the years.

My congregation and my community know that we are in extraordinary times. The Black Lives Matter movement has shone a light on the need for reform that will have a lasting impact. Jackie knows that Black lives matter. She has fought for Black lives her entire life. In 1999 she prosecuted California’s first hate crime when three white supremacists murdered a Black man in the Antelope Valley. Against the odds, Jackie used all of her knowledge and character to bring justice to the victim’s family and advance the cause of racial equality.

Since her historic election in 2012, she has led on every issue important to our community. From her pioneering mental health initiative to bail reform and the creation of the conviction review unit, her work has made the criminal justice system more equitable for all. When necessary Jackie has stood up to powerful interests. She has prosecuted over 200 on and off duty police officers for misconduct and is still one of the few DAs to bring charges against an officer for a shooting.

She has also never forgotten that 80% of crime victims in LA County are people of color. When her father was shot outside his family home in the Crenshaw District, the perpetrators were never found or prosecuted. At this point, Jackie knew that her calling was to give a voice to people in her community who did not know the law and did not know their rights.

I urge everyone to educate themselves about this race and vote accordingly. DA Jackie Lacey has lived the struggle of racism and discrimination. She has worked tirelessly for everything she has achieved in life and has always represented the community in which she was raised. I proudly endorse Jackie Lacey for District Attorney and I hope you will all join me in supporting her on November 3rd.

Rev. Albert Tunstill has been a pastor at Trinity Baptist Church since 1996. Rev. Tunstill received a B.A. degree in political science at the University of Louisville, Louisville, Kentucky, in 1980, and the Master of Divinity degree from the Chicago Theological Seminary in conjunction with the University of Chicago Divinity School in Chicago, Illinois, in 1987.

Then and now, Rev. Tunstill emphasizes that Trinity must be African American in her approach to ministry and mission. This means that we, as members, must have high regard for whom God has created us to be; we must be proud of the rich heritage of African Americans.